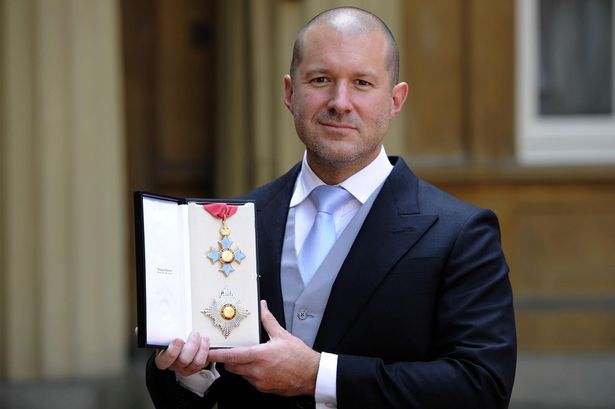 Ive’s many accomplishments under his belt have helped steer Apple to the powerhouse it stands today, but even more impressively Blue Peter has only presented 1,000 badges with other recipients in the likes of David Beckham and famous author JK Rowling. Apple’s executive is prominent in his iOS and Mac OS design, which they hope can help them recover from their relatively unproductive sales percentage as of recent. According to IDC, iPhone received an annual gain of 29.2% in 2012 with 47.8 million sold. This is compared to 88% gain of Android devices in 2012, their sole competition. Apple seeks interior help and has found it in Sir Jonathan.

Ive will be the lead in creating Apple’s major products, the iMac and iPhone. He has recently assumed the role of the design for Apple’s software interfaces, which includes both mobile and computer apps.

Ive’s expertise has an emphasis on uniqueness, which is a little foreign to Apple’s usual design being that they put effort into making their design seem realistic. This relatively exotic approach may bring Apple a new perception and increase their yearly gain to what it once was.

Sir Jonathan Ive’s interview on BBC will appear on a special broadcast this Saturday. Ive will speak on his gadget based field and give useful advice to aspiring specialists who hope to follow his admirable path.

Ive will be giving his evaluation on designs submitted by children in respect to their innovative creations. Blue Peter has referred to him as an “inspiration to children around the world,” which sounds like the program is a must-watch especially with a subject of such prowess.

Blue Peter’s segment will broadcast in the UK on the CBBC channel at 10:00 GMT tomorrow, the 16th.