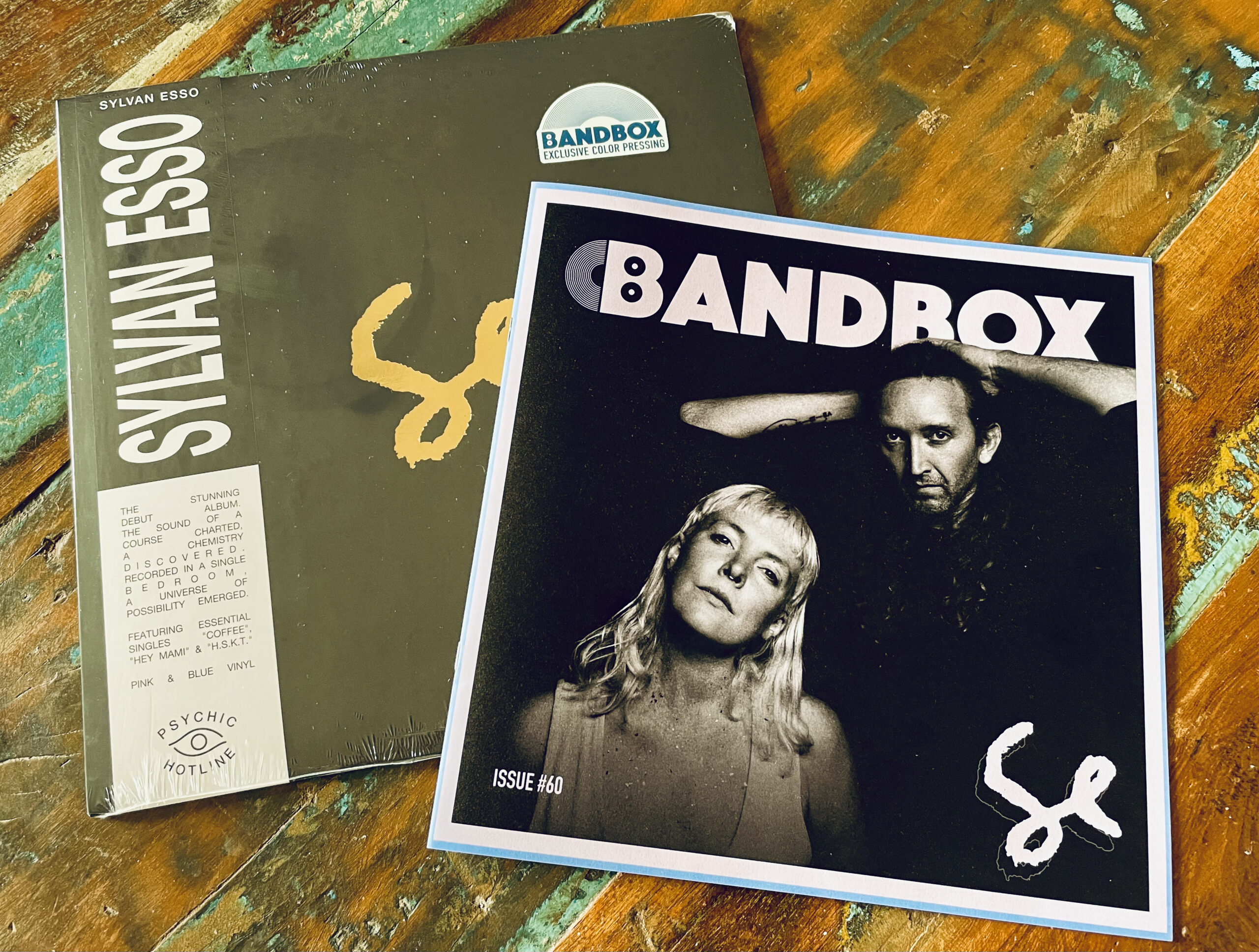 Did I mention Bandbox even offers FREE SHIPPING for members? They do. And it’s the icing on the record club cake. So what’s my latest Bandbox? An indie-pop masterpiece from the one and only Sylvan Esso.

Now that we’ve got the basics out of the way, let’s get down to business. And when it comes to realm of indie pop, Sylvan Esso is all business. Rest assured, the B-box team not only selected a most worthy SE album to feature, but pressed it on a sexy limited edition colorway, and boxed it up with killer zine that re-defines the term “deep dive.” Check ’em out.

If you’re at all familiar with the indie rock/indie pop scene, the names Ameila Maeth and Nick Sanborn will likely be familiar to you. That’s partly because both had already found some level of success on the circuit via their bands Mountain Man (Maeth) and Megafun (Sanborn). You, of course, might also know that neither artist is still working with those respective outfits … and that’s largely because of the success of the collaboration that led them to start Sylvan Esso.

That collaboration began in earnest circa 2012, when the Maeth tasked electronic producer/musician Sanborn with crafting some original music for a song she’d written. The team-up proved more than fruitful, producing “Play It Right,” which would go on to become both the b-side to the band’s first single, and the ninth track on their debut album, 2014’s Sylvan Esso.

Not long after finishing “Play It Right,” Maeth moved into Sanborn’s house in the music-friendly Durham, North Carolina area, with work on 2014’s Sylvan Esso beginning almost immediately. As the pair feverishly worked through tracks for their debut album, their musical collaboration also fueled a far deeper connection, with the duo tying the proverbial knot a couple years later.

As for the style and sound Maeth and Sanborn developed on Sylvan Esso, the term “singular” doesn’t quite cut it. Even in spite of its obvious influences, coupled with Sanborn’s insanely catchy and wildly unconventional production, Maeth’s incisive lyrics and bold vocal style ensured Sylvan Esso didn’t sound like anything that was being released at the time. It still doesn’t. And the truth is, few indie pop album’s released since have felt quite as refreshingly original or emotionally vital – let alone one so unabashedly enjoyable.

Obviously, if you’re a fan of the band, you you already know all this. But you’ve yet to board the Sylvan Esso train, hit Bandbox up today and start your journey with this stunning reissue of their lavish debut. Seriously, just look at this beauty.

Now that we’ve had al look at that wax, let’s dig into the accompanying zine, ’cause it’s chock full of pics and interviews set to dazzle Sylvan Esso fans of every flavor. It’s even got a full, track by track breakdown of Sylvan Esso from the band themselves.

And just FYI – if you thought that disc looked great just out of the sleeve, wait til you see it on your deck.

The great thing about Bandbox is that they ultimately leave the decision-making up to you. So if you’re looking to snag a copy of your fave band’s most popular album on snazzy colored wax, you can do that. Ditto for some of those overlooked albums chock full of tasty deep cuts. And rest assured, they’ve still got a few copies of Sylvan Esso on deck if you’re dying to get your hands on one. Happy spinning, gang!