Back To The Ring With ‘Fight Club 2’ 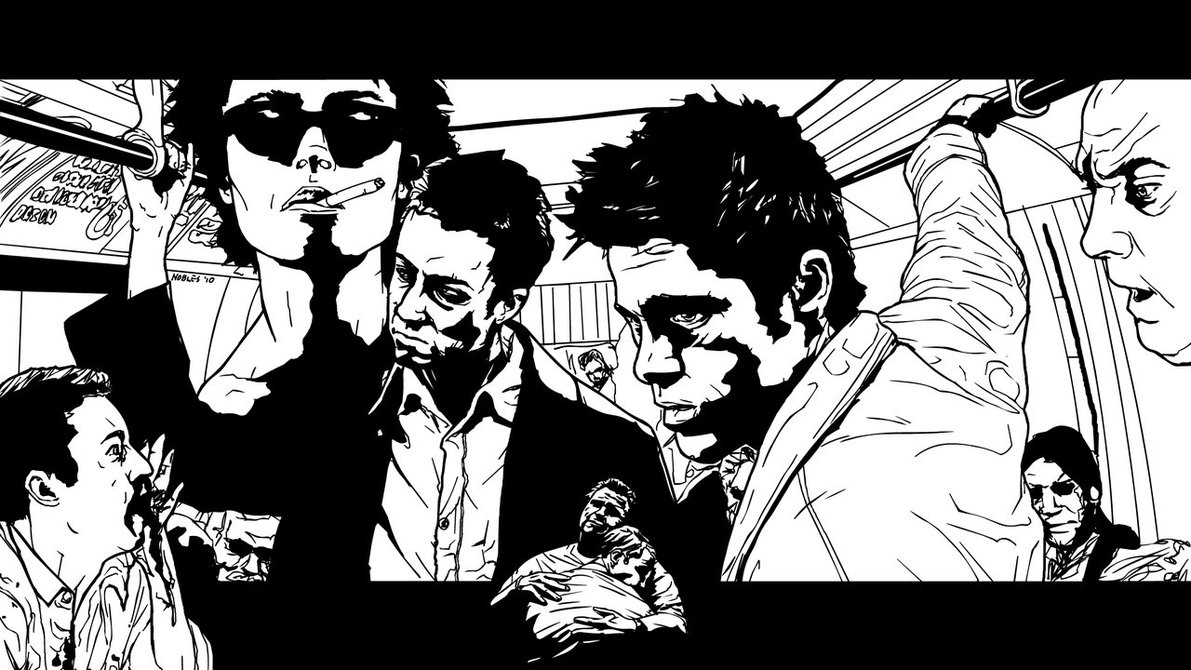 The end of the 90’s was an interesting time to be young. I remember I was barely in my teens when The Matrix inspired us all to don long black trench coats and question existence. Limp Bizkit was at their peak with generic angry songs against parents and authority. The Real World promoted bad behavior among adults who didn’t favor college or full time jobs. But the late 90’s also marked the first time I heard of Tyler Durden. Fifteen years later the name still holds enough weight to return.

Back To The Pages

When author Chuck Palahniuk admitted that, “I messed up and said I was doing the sequel in front of 1,500 geeks with telephones. Suddenly, there was this big scramble to honor my word,” it was only a matter of time till he did so. Now, it’s already been confirmed that plans are in motion to debut the sequel in, pause for effect, comic book form.

Fight Club 2, as it’s currently known as, is a 10 issue series from Dark Horse Comics set to debut May 2015, yet again another reason to look forward to next summer. Illustrated by Cameron Stewart, we’ll find the unnamed narrator ten years into the future married to the deranged Marla Singer with whom they have one son named Junior. The ironic premise outlining the sequel involves the narrator failing his son in the same manner his father had failed him, thus leading to the same self-destructive, maniacally philosophical, radically liberated alter ego that was formed as a result.

Palahniuk also adds that, “Tyler is something that maybe has been around for centuries and is not just this aberration that’s popped into his mind,” which is excitedly haunting considering that the manifestation that is Tyler Durden can easily appear to anyone, son included.

Set to comeback are characters from the last book, or movie for those too lazy to read the original source (myself included), and the organization Project Mayhem. Though the story will take place a decade later, it routinely will reference the past like an anchor to the narrator’s origins.

Back To The Screen

With an impending sequel to the cult classic in the works, it’s only a matter of time until the mini-series is sought after by studios execs and producers. Especially given the recent success of rate of promising franchises, a movie may be a future endeavor for the sequel. But I actually hope for something different and a bit small in scale.

These days television dramas can hold their own against their financially superior movie brethren, with big names like Walking Dead, Game of Thrones, Breaking Bad, Sons of Anarchy, and many others driving audiences far and wide rampant over each episode. A T.V. series, unlike films, is at leisure to pace itself and focus on character progression rather than plot. With this in mind, I believe the 10 issue sequel is best suited for the small screen in a mirroring 10 episode series; just how one book spawned one movie.

Whether they follow up the comics with a movie or show, I’m sure it’ll be a justified medium for I am Jack’s deserving sequel.

The Possibility Of A Third ‘Silent Hill’ Movie