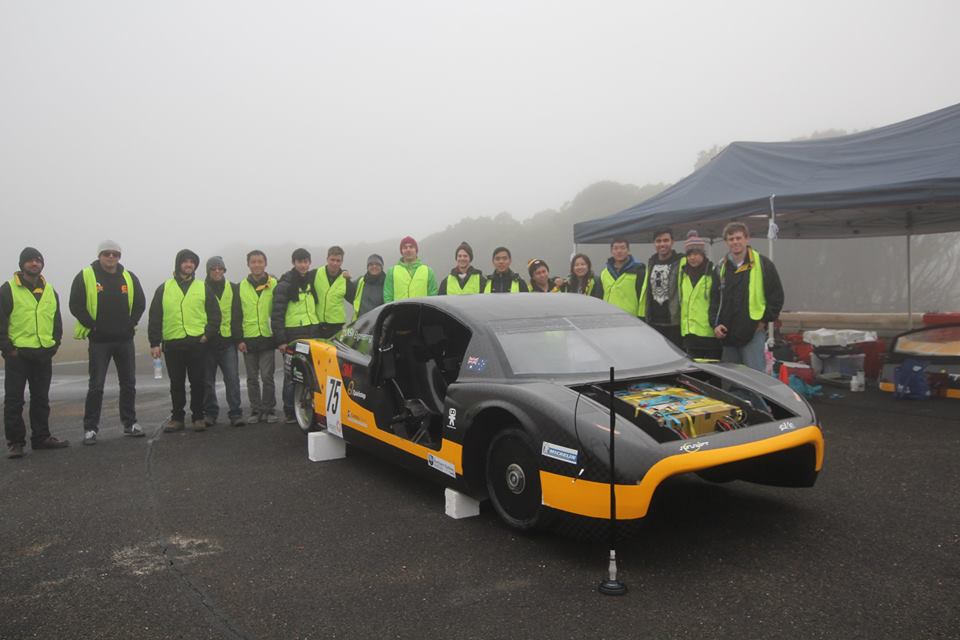 As the Australian shores get ready to face another day, the recent news from Sydney is still making waves in time zones that are farther behind.

Engineering and business students from the University of New South Wales spent a little over a year on renewing their already-existing solar cars, which have been around for a few years. The result is that they broke a 26-year-old record and created, for now, the fastest electric car on record.

With this experiment, the students are applying their school’s motto of “Scientia Manu et Mente” to the letter. The motto, which translates into “Knowledge by Hand and Mind,” means that students are expected to learn scientific theories very well, but also apply what they learned for wider audiences to appreciate.

The students, under the team name Sunswift, are members of the solar car racing circuit, but they also want to make these cars available to the larger public that is residing in Australia. The students have plans to register their latest car, eVe, with the Australian government. Considering that these solar vehicles are primarily engineering feats, it is likely that the students will be in touch with the Roads and Maritime Services branch of the Australian government in New South Wales.

Although the university released this news on July 23, 2014 and specified the solar car’s regular speed of 100 km per hour (62 miles per hour), the university is awaiting official confirmation from the Fédération Internationale de l’Automobile (International Federation of the Automobile) about the newly set record. If all systems are go, then that means that over a distance of 500 km (310 miles), the University of South Wales’ eVe solar car can go that distance at 100 km per hour without recharging the car’s battery. The previous record, for the same distance, is at 73 km per hour, or approximately 45 miles per hour.

A market for solar cars in Australia

With Australia having solar car achievements that date as far back as 1982, it should come as no surprise that solar vehicles are a well-entrenched part of Australian culture.

Located in Australia, the World Solar Challenge, a solar racing competition that dates back to 1987 and is held once every two years, attracts a lot of students and entrepreneurs. This tournament combines the rigors of the Tour de France, the racing aspects of Indy 500 and an emphasis on solar energy usage. The World Solar Challenge is a 3000 km journey (1860 miles) that ends at 5 p.m. every day. Engineering skills still matter in solar car racing tournaments because the car designs have to be in compliance with the South Australian Motor Board’s rules and regulations.

However, solar power isn’t only being used in Australia to make cars more efficient. Solar Power Australia advertises solar power for better energy consumption in the house, especially when it comes to electricity.

An important reason why solar power is so prevalent in Australia is because of the climate conditions, especially in New South Wales. According to AboutAustralia, the lowest temperatures in New South Wales are in the 40s (Fahrenheit). Even though Australia is undergoing the winter season because of its Southern Hemisphere location, there is enough sunshine for the University of New South Wales students to test out their solar-powered vehicle. The students broke the world record in Geelong, which is located in the state of Victoria and is predicted to have close to ten hours of sunlight on July 24, 2014.

What does that mean for the rest of the world?

Ever since 1985, the Massachusetts Institute of Technology has a student organization called the Solar Electric Vehicle Team, which is currently participating in a race tournament called the American Solar Challenge and is using their latest creation, Valkyrie. Stanford University has been running the Stanford Solar Car Project as early as 1989.

However, corporate businesses are trying to get into solar vehicle markets as well. According to a Business Insider article, a solar-powered car called the e20 came into the Indian market in March 2013. In China, solar energy is being used to power up electric scooters as well.