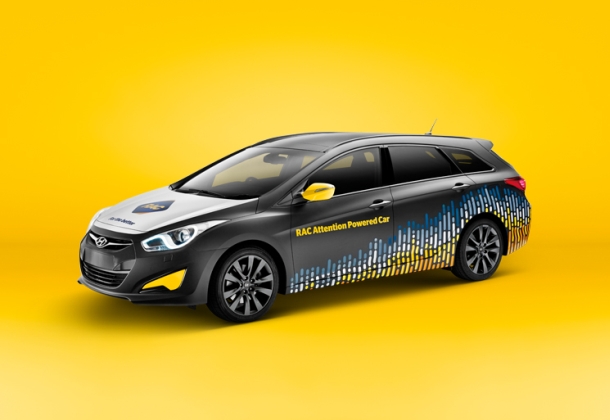 Do you ever drive on auto-pilot? One moment you’re paying attention to the road, the next minute you’re off in a faraway land in your head slaying dragons? Well cut it out! That’s dangerous! Cars are basically the slightly less aggressive cousin of the tank. You can’t just be off with the goblins and orcs while you’re behind the wheel, what are you trying to do to the rest of us?! Luckily, there’s now a car that’s going to stop you from being such a daydreaming jerk.

This Car Requires Your Attention

Just like when your partner says “Are you listening to me?” if you give the wrong answer, with your brain, this car will shut down and won’t start up again until it’s sure that you’re paying attention. Which is why the car has been dubbed the ‘attention powered car’. While it’s not technically what is powering the car, the car won’t go without it. Unless you’re a Jedi or a Sith, then you could probably have an attention powered car if your midi-chlorian count was really high…. But then why bother driving yourself anywhere? If you’re using the Force properly, you can shoot lightening out of your fingertips. You don’t ever have to drive yourself anywhere, ever again.

The brains behind the car with a brain are Emotiv and the Royal Automobile Club Of Western Australia. They didn’t just do it because it would be fun to build a machine that gets as stroppy as 5 year old when you’re not paying attention it. They did it for a very real, very serious, reason. It’s all explained in a series of videos they’ve posted to the ‘For The Better’ website, but it all boils down to this- When people don’t concentrate on what they’re doing on the roads, they’re putting themselves and others at risk.

How they managed to make a car that can tell when you’re paying attention, is almost as impressive as why they did it.In very simple terms, they took photos of a brain and what it looks like when it’s concentrating, compared to when we start to switch tasks. Then, they showed the pictures to the car and said “When the dude/dudette that is driving you, drops their attention, slow down”.

If you’re a Squillionaire, probably not because I don’t think Squill is either a number or a term of currency in this galaxy. But, if you have a lot of money, you probably could buy it because being rich means you can pretty much just buy anything. If you’re a normal working slob like the rest of us, no, no you cannot buy this car.

It’s not really for commercial sale (yet, until they work out that concentration can be harnessed just like in Star Wars and then it’ll be like the best green energy ever!). But they are taking it on a test drive on actual roads in Western Australia, to raise awareness about road safety.
It all sounds incredibly cool, so if nothing else gets you to tip your hat to science this week, tip your hat to this. Unless you’re feeling paranoid and think this is just the start to some kind of Terminator/Cars That Ate Paris scenario. In which case, we’re all doomed.