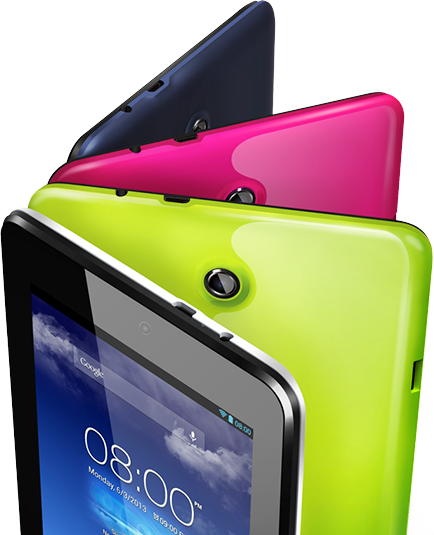 ASUS has released a new direct rival to the Nexus 7, which is also manufactured by ASUS but for Google. however, the new ASUS MeMO Pad HD 7 is the sole property of the company and comes with a cheap $149 price tag to challenge the Nexus 7.

The new MeMO Pad HD 7 looks a bit similar to the Nexus 7 and boasts some identical specs as well. Although, ASUS has done some really good work on the MeMO Pad HD 7 and improved upon Nexus 7’s flaws.

The MeMO Pad HD 7 gives you a much more smoother experience than the Nexus 7, claims the company; and it comes with a $149 price tag. Whether the MeMO Pad HD 7 successfully rivals the Nexus 7 or not remains to be seen, but the 7-incher offers some unique features.

The best thing about the MeMO Pad HD 7 that gives it an edge over the Nexus 7 is the inclusion of a microSD card slot. The Nexus 7 had only one issue and that’s the lack of expandable storage while the MeMO Pad HD 7 addresses that complaint fairly well with it’s microSD card slot offering up to 32GB in external storage. There’s more to the HD 7, it also sports a 5 megapixel rear camera, while the Nexus 7 doesn’t have any rear camera at all, so that’s another plus. The MeMO Pad HD 7 also offers Bluetooth 4.0 compared to Nexus 7’s old Bluetooth 3.0. Last but not least, the MeMo Pad HD 7 odders up to 10 hours of battery life that’s much better than Nexus 7’s 7-8 hours.

The ASUS MeMO Pad HD 7 comes in a  lot of color options which include black, grey, blue, white, pink and green; whereas the Nexus 7 only comes in one Black color.

However, the Nexus 7 offers pure Google Android OS just as Google imagined it and receives any major updates before any other non-nexus device. While the ASUS MeMO Pad HD 7 also offers Android which is close to stock but it’s not stock. So, if you want to experience Vanilla Android and fast updates, then Nexus 7 is your best bet. But MeMO Pad HD 7 gives a lot more features with an even cheaper price. So, it all depends on your budget and your taste.