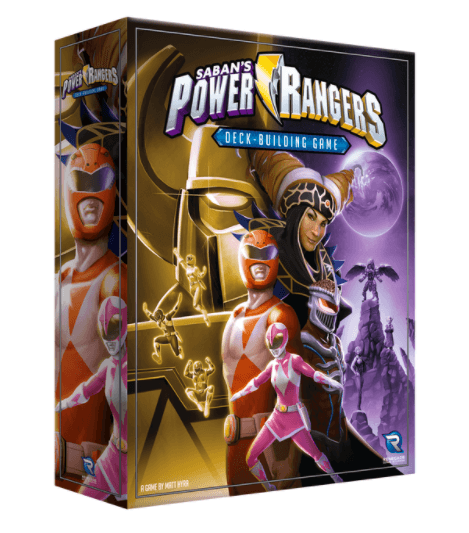 Omega Now, Omega Forever! When the Morphin Grid was shattered, its energy empowered individuals across the galaxy. In this expansion to the Power Rangers Deck-Building Game, you can play as one of the powerful Omega Rangers or the dangerous Anointed.

Both sides bring new cards and mechanics to the fight! Cavotus for example is the only villain that can actually flip to his empowered side without having all of his attachments slots filled (and watch out when he does!), while the Rangers can make use of their new Omega Coins to temporarily flip to their Ranger side, OR can use the coin when already morphed to trigger additional effects!

Regardless of which side you’re fighting for, Omega Forever takes the fight to a whole new level, so pre-order today and get Omega Bonus Pack #1, featuring 8 beautiful foil versions of the included character cards at no additional cost!