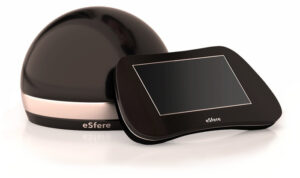 eSfere Entertainment, a Seattle based start-up company, has designed one of the most innovative gaming consoles in today’s market, although it is not alone. OUYA blessed gamers with its Kickstarter Campaign on July 10th, 2012 and exceeded its funding goal by $7.6 million just one month later.

But what are they battling over? The only platform of its time that combines Android gameplay with the functionality of a traditional console.  eSfere presented its product through a route similar to OUYA, hoping for funding of $390,000 in the next 40 days. Should you invest in potentially the largest Android app store to date? If putting your money towards technology in a league of its own is not convincing enough, the console holds 2GB of RAM and 16GB of flash storage (Both twice as much as OUYA), an output quality of 1080p, Tegra3 quad core processor, and HDMI connection just to name a few qualifications. I have yet to mention it’s best feature, its “Touch&Play” wireless touch screen gamepad controller allowing users to change and readjust the button layout.

Right now I must sound like eSfere’s top spokesperson, not quite, but I certainly am a devoted fan upon its recent public presentation. Just imagine having quick access to over 500,000 Android titles which are not restricted to your 3×2 inch screen but played on the luxury of your HD television. When you’re tired of gaming turn on the movie you’ve just rented from Google Play or surf the web with your touch screen mouse.

You must admit the source of gaming is ingenious. Erase the worries of scratching the tangible discs or losing a game’s case because eSfere acts as a portal and has brought the wave of mobile gaming back into the household. This console presents advantages for the developers as well; developers don’t need to adjust the gaming for the platform. The Android games download directly from Google Play and install just like they would an Android cellphone. 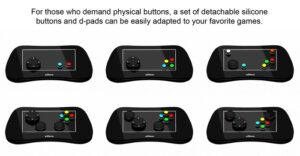 As of now the production of eSfere is in its early stages due to the abundant costs but if eSfere Entertainment is backed by their funding goal, there is a new lane of gaming to look forward to.