Online shopping with Amazon just got a little more convenient…which, of course, could be bad news for your poor wallet.

Amazon revealed a new hashtag on Wednesday that allows shoppers to automatically add things to their Amazon wishlist with just a tweet.

You’ll need to link your Amazon and Twitter accounts through the settings found in your Amazon account. Then all you have to do is find something you want and send a tweet with #AmazonWishList and a link to the item or you can just reply to a tweet containing the link. The My Amazon Twitter account will reply with the status of your item, including whether it’s been added to your list or if it is out of stock and how you can buy it. 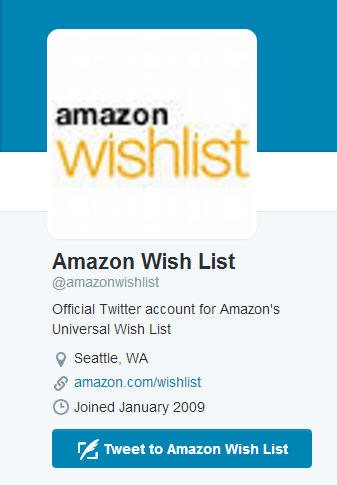 There seems to something of a romance between Twitter and Amazon since this isn’t the first time they’ve partnered up. Before #AmazonWishList, there was #AmazonCart, which let people add items to their Amazon shopping cart with a tweet. 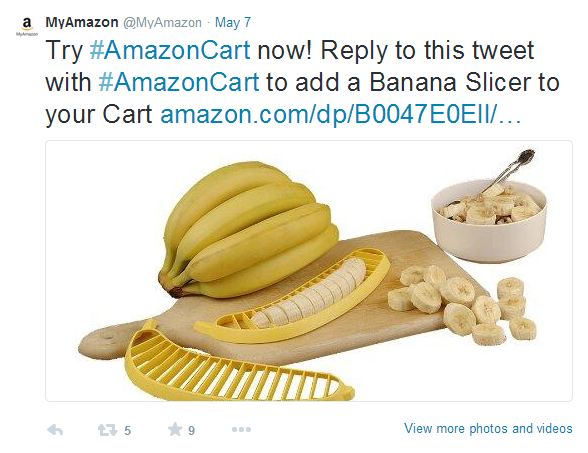 Twitter has been experimenting with incorporating shopping and buying services in people’s timelines for a while now. They have confirmed that the company has begun testing a “Buy Now” button earlier in the year. A payment and shipping option also appeared later in some users’ Twitter settings menu, which prompted speculation that Twitter might be considering launching their own shopping service.

Of course everyone keep in mind that, as with all tweets, your #AmazonWishList tweets will be public so maybe save buying the sexier items for when you’re on Amazon proper!