Amazing Spider-Man 2 Review: Why We Re-Boot 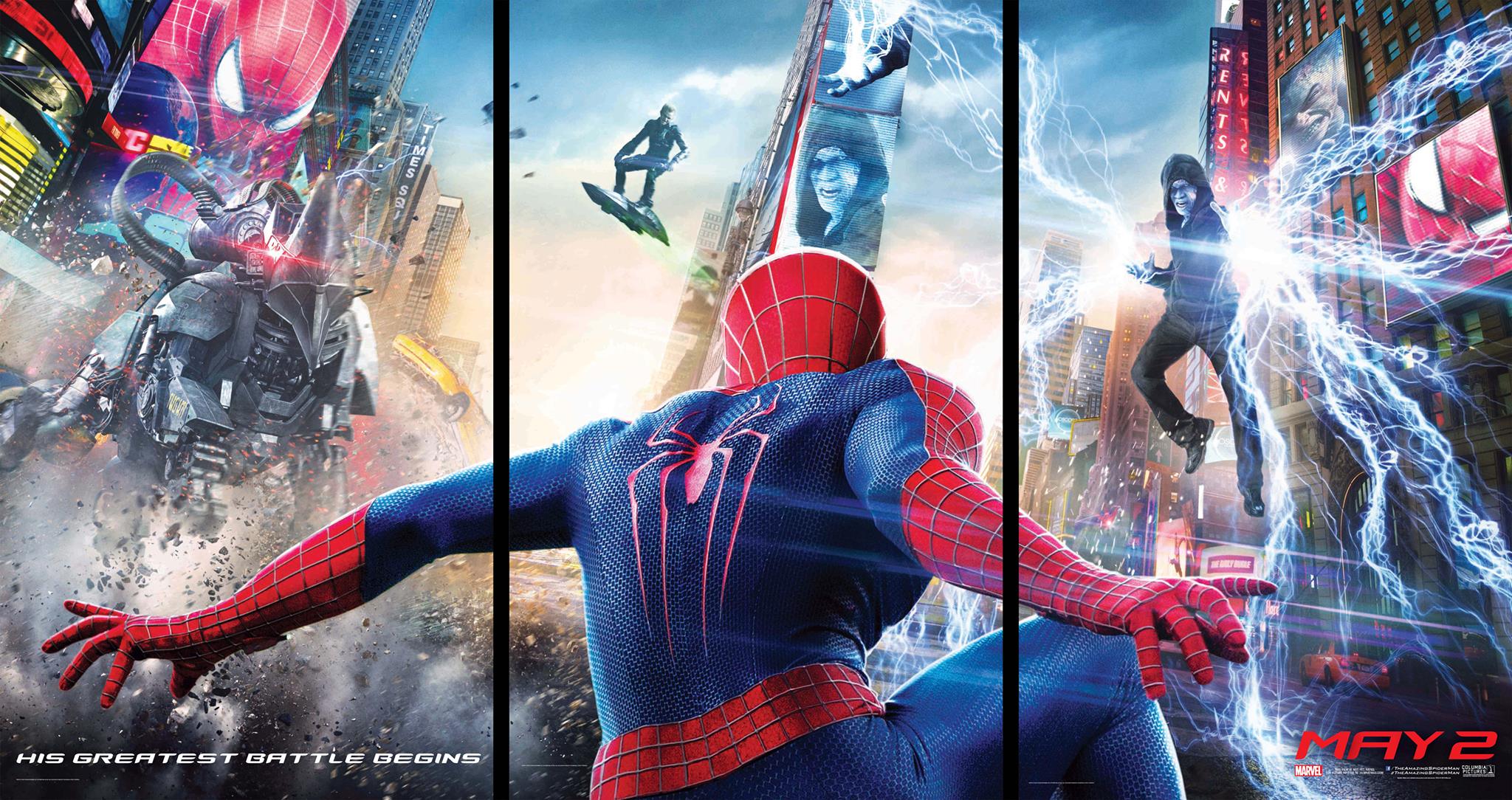 When it was announced in 2010 that Spiderman was getting a reboot, I was as skeptical as you.  If we reboot a franchise after only five years, how can we hope for new stories, new characters, or anything new at all?  It didn’t help that the reboot was a corporate mandate from Sony over a contract dispute regarding the rights to the character.  I had a fairly low opinion of the Sam Raimi trilogy as well.  However, when the Amazing Spider-Man finally did hit theaters two years ago I was blown away.  It seemed like everything I didn’t like about the first movie was rectified here.  Peter as a character was far more relatable and interesting.  Whereas Raimi placed the entire burden of his character on the death of his Uncle Ben, here he had a struggle to find out what happened with his parents as well.  The villain had a stronger thematic connection, as his powers were the direct result of Peter’s meddling, and the use of Oscorp tied everything from Spiderman’s origins to his growth as a character into one cohesive storyline instead of three separate movies.

Most importantly the film took a massive story about good and evil and made it about the character of Peter Parker, which was always what it should have been.  He is flawed, he makes the mistakes a teenager is meant to make, he has wants and desires, and all of his actions have emotional weight because of it.  It wasn’t without its flaws but the strength of Spider-Man’s personal story makes them forgivable.  But then, advertisements were released for the sequel and more fears began to arise.  The trailer featured three villains, a convoluted plot, and seemed to be losing some of the seriousness of the 2012 film.  Was this trilogy going to suffer the same issues as the first?

The issues in this film can be largely attributed to one word: cramped.  By this I mean the film sets up so many plot points in such a short amount of time that the truly great parts can be hidden.  Given the need to set up the origins of two villains (Rhino is not a major player in the plot) as well as set up all of the plot points for the upcoming Sinister Six movie we can lose track on what is clearly the intended focus of the movie.  The romance between Peter and Gwen Stacy is easily the strongest part of the film, which is no surprise given director Marc Webb’s experience directing (500) Days of Summer.  Their relationship in this movie is even more enjoyable than in the last one as now they are met with real challenges that test the strength of their love.

As for the main plot, it is fast-paced and engaging but it lacks the simplicity of the original and the Raimi films.  The origins of the villains are so quick that we lose a sense of why they occur, but their parallels to Spider-man and their antagonism of him feel justified.  We feel Electro’s paranoia and Green Goblin’s fear of his own mortality and it makes their arcs as villains that much stronger as they take revenge on those that betrayed them.  Some of Electro’s lines can be a tad on the campy side, though this can partially be attributed to his mental instability.

On the subject of campiness, this movie almost makes a full return to the goofiness of Raimi’s films.  Electro especially is so over-the-top both before and after his transformation that it reduces the impact of some of his scenes.  There is also a terribly campy fourth wall joke that Peter’s ringtone is the Spider-Man theme song.  These bits of camp may be useful as a tool to lessen the impact of the more dramatic parts of the film for the children, but it also lessens the believability of the movie’s world.  Most of the critics have pointed out these types of camp issues but they are nowhere near as bad as the campy humor and characters of the original trilogy.  Comparing Green Goblins for a moment, Harry Osborn in this movie has a stronger motivation and a less directionless villainy.  In the Raimi film, Norman Osborn simply became “insane” as a result of a serum.   In this movie, he is pushed to the edge by a crippling illness and betrayed by everyone he knows before he becomes the infamous antagonist.  Instead of just cackling maniacally while blowing stuff up, Harry enacts a plan to seek revenge that feels natural for his character.

What I am trying to get across with this review is that the core of these movies rather than an easy to digest plot or a grand scale adventure about good versus evil, this rebooted Spider-Man is trying to get to the core of the characters and develop them in a cohesive way.  The experience of this film easily distracts from its glaring flaws much in the way that Spider-Man 2 did when it came out.  It’s beautifully shot, brilliantly acted, and despite the complex plot, the important points are easy to grasp.  The action and effects are vastly improved over the last movie and it’s just an extremely fun movie to watch.

Anyone who enjoyed the first Amazing Spider-Man will love this movie.  It continues the arcs of the characters it set up in the beginning and really expands and deepens the plot to form an action-packed sequel to satisfy fans of the original.  I also think that fans of the Sam Raimi series, if they remove their preconceived notions from his trilogy, may be able to enjoy this movie as well.  The campiness is used in the same way it was in the Raimi films, but with a new seriousness that should keep the familiar stories fresh.  Fans of the comics may have difficulty with the liberties they take with classic Spider-Man stories.  Comic fans need to understand that these movies are trying to tell their own story if they want to enjoy it.

But there’s still the question of whether this re-boot was warranted.  What besides contractual mumbo-jumbo, makes the Amazing Spider-Man series worth a theatrical release? Sam Raimi made a Spider-Man who was fun to watch fight.  Marc Webb made a Spider-Man who we could relate to as a person.  Superhero movies have changed a lot since the mid-2000s.  The Dark Knight showed us how serious superhero movies can be, with its dark gritty visuals and complex characters.  The Avengers showed us how fun superhero movies can be, with its constant one-liners and over-the-top action.  Amazing Spider-Man, from a marketing standpoint tries to balance these two ideas.  Peter deals with a great deal of tragedy and pain, but still is able to throw around jokes and quips like he does in the comics.  Whether or not this balance is effective is up to you.  I think that this film deserves a spot alongside the Raimi trilogy as a symbol of what a re-boot should be: a movie that understands and pays homage to the original, understands how our tastes have changed, and tries to tell an old story in a fresh, new way.

Superhero Movies: How are they Changing?