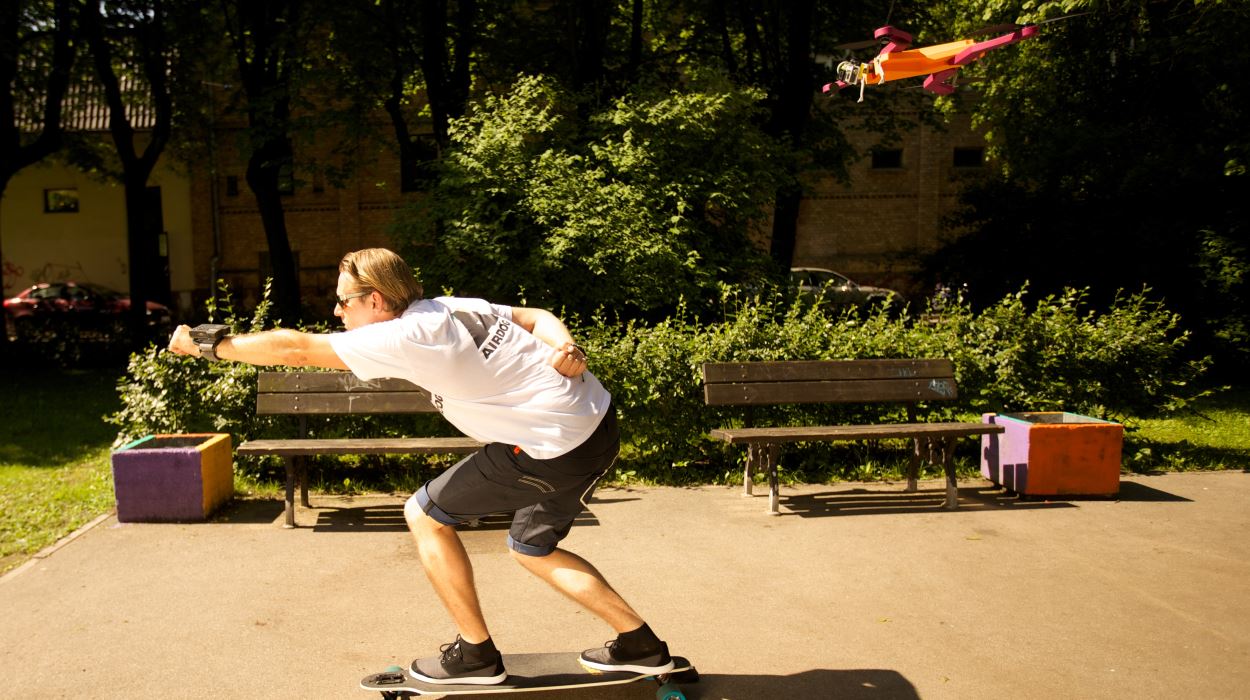 AirDog is a brand new gadget produced and designed by Helico Aerospace Industries US LLC.The AirDog is made specifically for the popular GoPro handheld camera. In fact, it is the first autonomous drone that is used for the GoPro camera. The AirDog does not need controlling, unlike other products that currently use the GoPro for filming sports and such.

Edgars Rozentals is the CEO of Helico Aerospace Industries US LLC. Rozenthals has a background in developing autonomous drones used for creating maps. Rozentals mentions in an interview with Bloomberg TV, that he some of his favorite hobbies are snowboarding and kite surfing, which are two very popular “extreme” sports. When coming up with the idea for the AirDog, he has said, in the same interview, “We [Helico] were trying to come up with something for ourselves.” He adds, “Why not build a drone that automatically follows us with a GoPro camera?”

His company launched a KickStarter campaign for the drone on June 16 of this year. The goal to raise two hundred thousand U.S. dollars for the project. In less than a month, AirDog had tripled that goal and has raised over seven hundred thousand U.S. dollars. With a little over two weeks left in the fundraiser, the young entrepreneur and the rest of his company is confident about the product.

“We are a group of innovators, who are passionate about action sports” an AirDog spokesman said in their Kickstarter video. The video showcases the employees participating in various sports such as BMX biking and wakeboarding. Throughout the other half of the video, the company hopes to give viewers watching the GoPro footage, the exact same feeling of either being right there with the athlete or give the viewer a much more authentic feel than other GoPro movies do.

The AirDog Kickstarter, much like any other KickStarter, anyone who donates to the fundraiser, will receive benefits and gifts. For example, if someone donates more than nine hundred and ninety five dollars, than they will get the AirDog itself. If someone wants to donate less than that, around ten bucks, than they will receive exclusive news from the company itself. No matter how much anyone donates, the donar will at least get something out of it. Helico is also holding a poll on their Facebook page, where people can vote for what color they want their AirDog to be. It appears that Rozentals and his team are taking full advantage of social media and crowd funding, with the latter becoming extremely popular all over the Internet.

What the AirDog does is that it allows the user to put the GoPro on the front and it captures footage above or near the user and his or her friends doing whatever. It can fly up high, thanks in part to it’s four helicopter blades. To newcomers, it looks like something out of a futuristic/science fiction war movie. The setup is actually pretty easy, there are front straps similar to a seat belt that the user puts the GoPro into. The user than puts on a tracking device on their wrist. It somewhat looks like a bigger version of the Samsung Galaxy Gear watch. The wrist device allows the AirDog to track the user. Nothing too complicated on that part of the AirDog. However, inside the gadget, there are several different and exceedingly abstract algorithms. The algorithms, or programs and procedures in computers, cover a GPS, Bluetooth capabilities, acceleration, speed limits, cruise control, and a number of others. 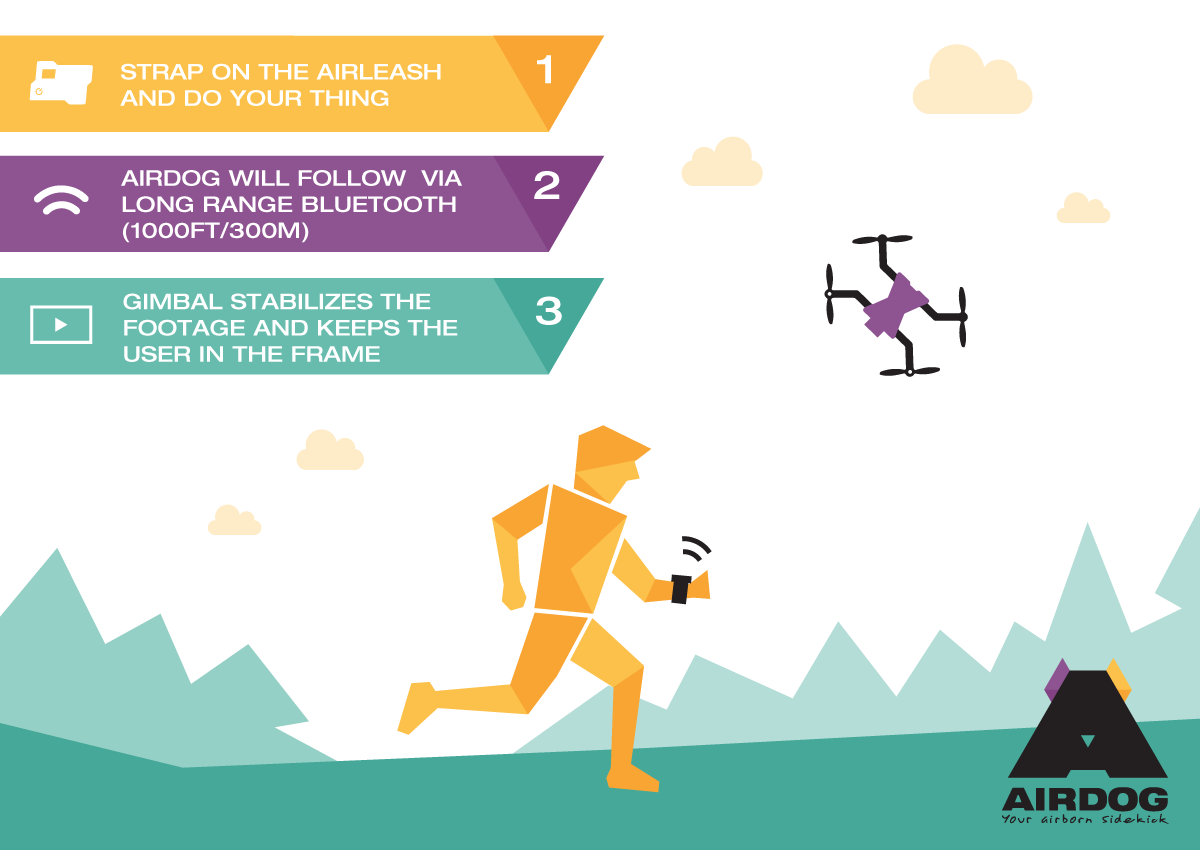 The working prototype for the AirDog has been tested and it flies up to about eleven thousand feet. Based on the evidence on their YouTube page, the AirDog was working just fine at that exceptionally large height. While the focus has been primarily on fast paced sports, the AirDog can also used for traditional film-making, as well.

AirDog looks like it could potentially become the newest way for action sports enthusiasts and independent filmmakers to get the best possible footage. The fact that it is autonomous and does not need a whole lot of maintaining, in terms of controlling it, makes the AirDog a must have.