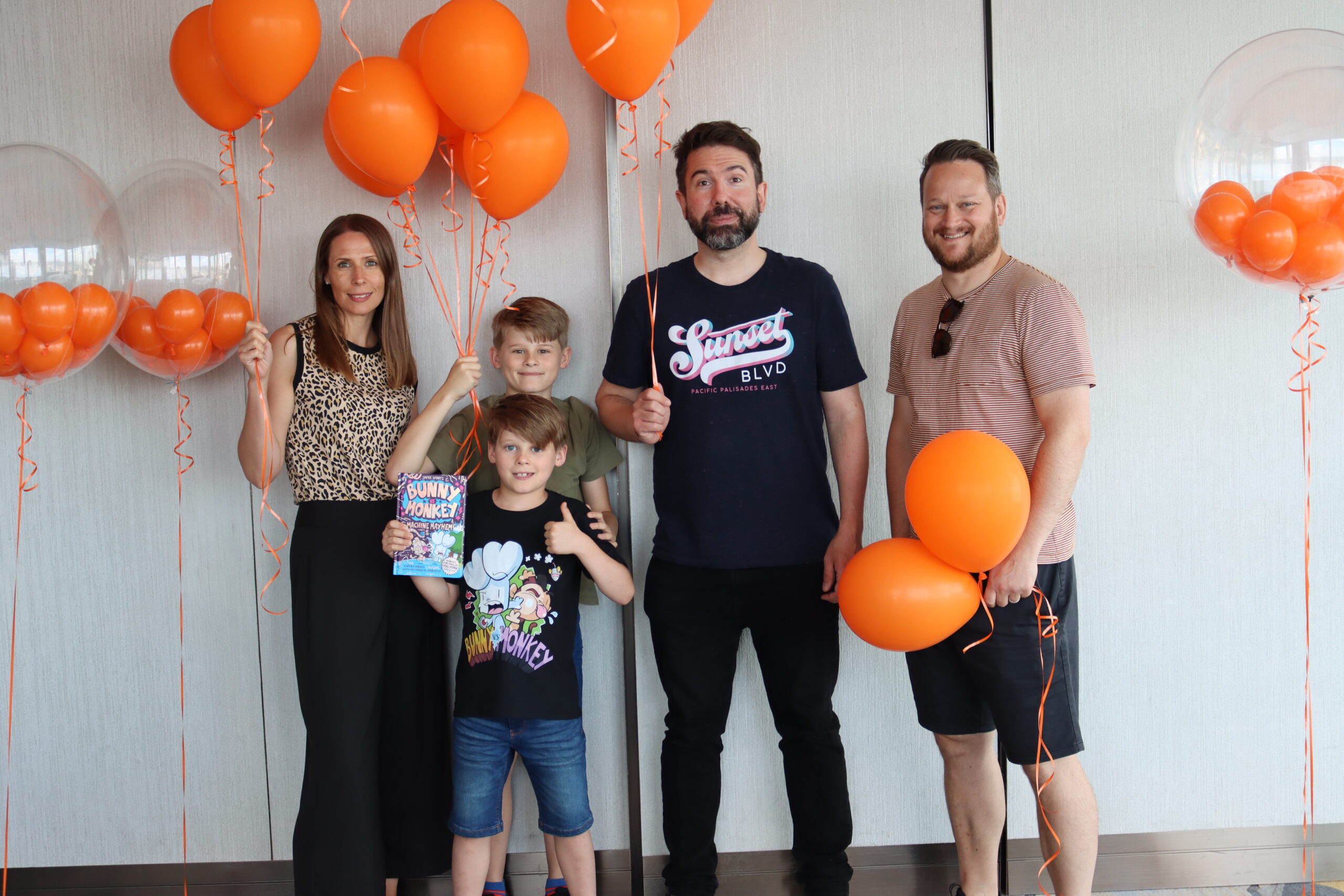 Aspiring comic book artist Clark Northfield, 8, had his wish to meet author and illustrator Jamie Smart granted at Shangri La The Shard, London, after losing an eye to retinoblastoma. The charity Make-A-Wish UK, which granted Clark’s wish, has now helped to grant over 1000 wishes in 2022 alone for critically ill children like Clark.

Clark Northfield, from Sutton, was just 20 months old when his parents Sally and Graham noticed a white reflection in the pupil of his left eye. At the Royal London Hospital, following an ultrasound, Clark was diagnosed with retinoblastoma – cancer of the retina. Unfortunately, medical professionals had no choice but to remove the eye.

“We would always take at least one comic book with us into hospital” said Sally, Clark’s mother. “It helped keep him distracted and more relaxed on the journey and while waiting to be seen. His love of comic books inspired him to draw and make up his own characters and comic stories during the long days at hospital.”

Clark, who continues to have regular check-ups to readjust his prosthetic eye as it grows, was initially referred to the children’s wish-granting charity Make-A-Wish UK in 2019. Sadly, the charity was forced to put thousands of wishes on hold shortly after the pandemic struck. Make-A-Wish UK was finally able to grant Clark’s wish and arrange a meeting with comic-book hero, Jamie Smart, on 8th August 2022.

After a night’s stay in a central London hotel, Clark and his family were collected in a bright red limousine and driven to Shangri-La The Shard, London. Clark enjoyed the VIP experience on the 34thfloor of the Shard in one of the hotel’s beautiful event spaces, with views over London landmarks including the Tower of London, River Thames, and Canary Wharf, in a room decorated especially for him with balloons in orange, his favourite colour. Here the family enjoyed a luxurious afternoon tea of sandwiches, chocolate stars, scones with jam and cream – as well as a chocolate Shard-shaped pastry surrounded by dry ice.

“Clark was so excited on the day and couldn’t believe it was all for him,” said Sally. “His face was an absolute picture when he saw it!”

Clark then got to meet Jamie Smart, author of his favourite comic-books Bunny vs Monkey, who Sally said “was very relaxed and easy to talk to and had lots of great ideas for activities, including drawing on the windows of the Shard.

Clark was given a stack of goodies, including an upcoming comic book – signed by Jamie – that has not yet been published. Clark and his brother, Harrison then got to work sketching and plotting with Jamie, who taught them how to draw the characters they particularly liked and helped put together a full comic strip combining Jamie, Clark and Harrison’s characters. Jamie even put together a caricature of Clark himself, which Clark adored and found very amusing.

“We were honoured to welcome Clark and his family, and to have the opportunity to make Clark’s wish come true at Shangri-La The Shard, London,’ said Kurt Macher, General Manager of Shangri-La The Shard, London. “Family has always been at the heart of Shangri-La, and we know a wish has the ability to transform the lives of children and their families during the most difficult times. We are proud to be supporting Make-A-Wish International with the inspiring work they do for families around the world.”

Jason Suckley, Chief Executive of Make-A-Wish UK, said: “We’re incredibly proud to have reached this milestone after a few challenging years. 1000 wishes in a year is a huge achievement, but we know that there are another 63,000 children in the UK who are eligible for a wish. We believe that all of those children deserve to have their wishes come true just as much as Clark, and we’re dependent on the help of incredible partners like Shangri-La International, as well as donations from our very kind supporters, to help make those wishes come true.”

For Sally, Clark’s wish couldn’t have come at a better time. She said: “Over the last year, Clark has become more accepting of his eye and has faced his fears of it head on and is now at a point where he is taking his eye in and out himself. The wish has cemented everything we’ve always told him; that he is brave, determined, resilient and he should be proud of how hard he has worked on managing his eye. For him the wish was recognition of how far he has come with his treatment and has had a really positive impact on his confidence in managing his eye.

‘Clark is now at an age where he could fully appreciate the significance of the wish and its impact will be long lasting and has given us wonderful memories. After dinner on the day of the wish he told me that his day had been better than he could ever have hoped. He also said he was sad he’d had cancer but the wish had been really special and he’d had the best day. He was so blown away by it all and told me that the ‘wish people’ are really very kind. We couldn’t agree more!”