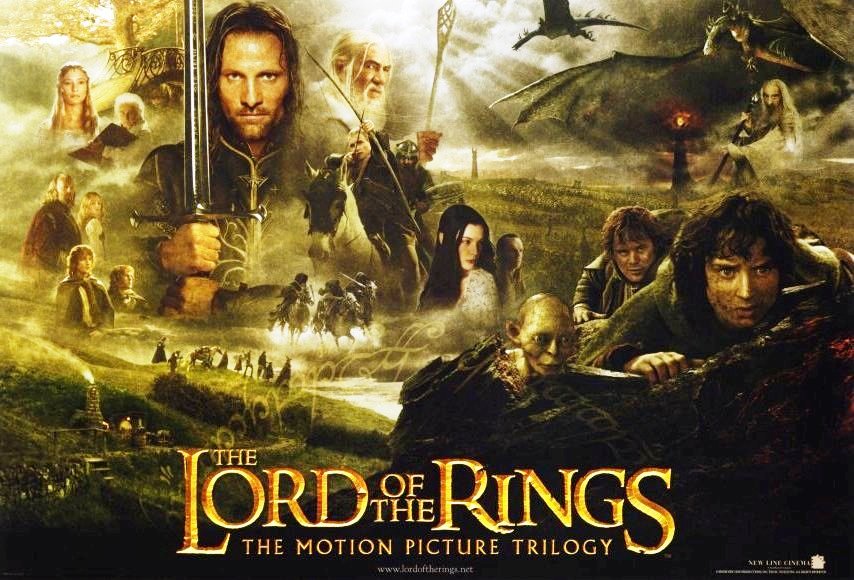 The ‘Lord of the Rings’ trilogy is full of so many memorable scenes that it was hard–almost impossible–to narrow it down to just seven. Most of my choices were influenced by the background music; the scores made such an impact on the emotions of the movies! Please feel free to add your own favorite moments in the comments, as there are many that didn’t make it in this top seven list.

1. The Nazgul Chase Arwen and Frodo (from FOTR)

This scene is very intense because until this moment, Arwen didn’t seem like the most crucial character to the plot. She was important, but not really important. This scene helped us bond with her because of her courage. The haunting score playing in the background makes it all the more urgent, and we are literally on the edge of our seats willing them onward. We also finally get to see just how powerful Arwen is. She wipes out the dozen or so Nazguls that were within a hand’s length of her and Frodo just moments before.

2. The Breaking of the Fellowship (from FOTR)

Frodo stands on the shore with tears on his face, yet it is completely silent when the camera zooms on the ring. Gandalf’s voice comes into Frodo’s head, strengthening his resolve. The music is picking up softly in the background and Frodo jumps into the boat and starts to row away, just as Sam arrives on the shore. The moment is dragged out in slow motion as Sam cries out and the music crescendos. We think all might be lost, and as Sam drowns, tears well in our own eyes. But then Sam’s fingers clasp Frodo’s wrist, and the music intensifies as they paddle off to Mordor together.

3. Gandalf Defeats the Balrog (from TTT)

We were left believing Gandalf was lost, sacrificing himself so Frodo could fulfill his destiny. Watching the battle again, but following Gandalf and the Balrog on their fall down into the abyss was pretty cool. The best camera shot, I think, is when we zoom far out and watch the cave slowly light up as the two fall from above. The music, of course, adds to it, but it’s just neat to see it from so far away to really gather just how far and how fast they were falling. It makes the battle all the more epic. We can clearly see why Gandalf deserves to be sent back as Gandalf the White.

The way the scene is shot is just so well done. We begin with them both speaking in the same shot, then the camera pans back and forth, depending on who is talking (Gollum or Sméagol). When the argument escalates and Gollum is really insulting Sméagol, instead of panning, we have different angles, cut so abruptly it really starts to feel like two separate characters are arguing back and forth. The directorial work is so memorable, but the actual guts of the scene are also key. We truly see that Sméagol is in a battle with Gollum. This is the turning point, when we feel bad for Sméagol and what he’s had to put up with. Over the course of the two-minute scene, we love Sméagol and his ability to stand up for himself. It feels scary though, when he repeats over and over, “Leave now and never come back,” but we are rooting for him all the same. When Gollum leaves, we feel just as joyous as Sméagol as he hops around, Gollum-free.

5. Aragorn Summons the Army of the Dead (from ROTK)

This scene really shows Aragorn coming into his own. He is finally able to say he is the King. The blade was remade for him, and he can now control this ghostly army. Many people think this scene is dumb because, really, why doesn’t he just call the army of the dead for help all the time? Why does he free them from their oath right away? The logistics are beside the point; the real strength of this scene is watching Aragorn become confident in himself as King.

This scene gives the hobbits the recognition they deserve! Each of them had been doubted and disrespected for being hobbits. No one believed they would manage to survive, let alone be the heroes. They are finally admired for the sacrifices they made. I love that Aragorn leads the kneel, and without question, the entire city of Gondor follows him. The zoom in to the hobbits’ faces is also powerful–each one displaying their own transformation between shock, honor, happiness, and overwhelming emotion that almost brings them to tears.

7. The Charge of the Rohirrim (from ROTK)

Theoden is such a great leader. He endured so much hardship up to this point, and when he looks out at the mass of Orcs they are about to fight, his face is so sad. He’s going into it knowing most won’t survive a “red day,” as he calls it. This is just how I imagined this scene looking when I read it in the books. As the spears point forward, about to charge, you just want to reach out and stop them all from riding toward death. The slow march begins. We see Theoden’s face, and though we know how brave and awesome he is, we can see the fear there. It hurts to see him charging straight to the end. The Orcs’ arrows are flying, taking down horses and soldiers, and the music in the background stabs you in the heart and Theoden continues, screaming, “CHARGE!” as they crash into the line of Orcs.