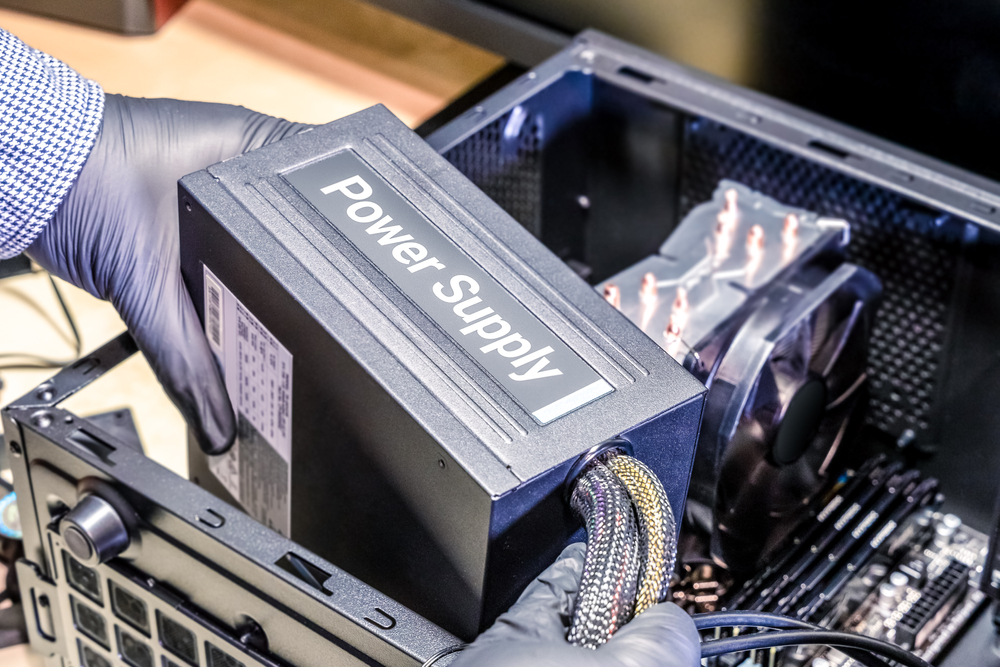 The Power system Unit (PSU) is like your computer’s heart, hence the need to keep it in check. While other components such as RAM and GPUs are essential, the PSU is one crucial item that’s easy to overlook.

The PSU’s primary role is to supply electrical current to each part. Failing to maintain it increases the chances of damage to your computer.

Here’s how to tell if your power supply is about to give out.

It takes five years for your newly bought computer to require a hardware upgrade. At this time, you may decide to replace the entire system or upgrade the existing parts.

The problem with dealing with an old SPU is that its internal parts (resistors, capacitors, etc.) are probably worn out. So, using your old power unit on a newly installed RTX 3090 Ti is unwise.

Instead, replace the aging power unit, especially when dealing with expensive replacements. Be sure to dispose of a PSU beyond five years unless the manufacturer used units guaranteed to last longer.

The BSOD appears when your computer experiences a catastrophic failure. The BSOD emanates from more than 250 causes but below are a few that relate to hardware.

A display of any of these errors on the screen means that your computer is experiencing a hardware failure. It’s an alert that you need to check one of your components. So, your power unit could be the problem if you’ve replaced suspected parts but still get the BSOD.

Modern computers are meant to run as smoothly and quietly as possible. The only noise that you hear frequently should come from cooling noises and a fan. However, cracking and hissing noises should be cause for concern.

Check whether the noise comes from lights, power cords, or other external interferences. If not, the SPU could be the culprit. Reassemble and disassemble the system to see if it’ll resolve the issue.

Be sure to unplug your computer when you reassemble it and don’t open the PSU.

If you customize your system, it’s easy to miss the power requirements. The machine may run with what you provide, but pushing it may cause issues.

This is true with advanced video cards and chips that require more than the base power. For example, you can use the Intel Core i9-12900K processor on 125-watt base power, but if you push it to its limit, it can consume around 241 watts.

In addition, installing Nvidia GeForce RTX 3090 Ti GPU requires a base power of 450 watts. If you combine that with the processor above, you will need to supply more than 700 watts for the two. When you add that to other peripherals, you see the importance of a powerful power unit.

Sure, a low-powered power unit will run the system, but you should expect issues when you add more tasks. So, check the PSU capacity if the BSOD started appearing after you upgraded any of your system’s components.

This is a common sign of the PSU problem. The sign is similar to the flickering and dimming you get when an electrical instability hits your home. Some systems will even restart in severe instances.

You may not notice the power blips through the monitor. Instead, check whether the LED lights grows dim or flickers.

The power problem might even cause the PC to shut off suddenly. Luckily, computers have systems to avoid damage in such events. So, you should have an expert check the system if the fluctuation happens frequently.

Even if you rarely use your computer, inspecting and cleaning it frequently is imperative. The clean-up process should be more frequent, especially if you’re a heavy user. During this cleaning time, you should check for any physical damages.

Common warning signs include scorch marks and bulging capacitors. If you notice any of these or any other damage, you should have the computer checked. Also, check the PSU’s access points and vent holes for any damages, but don’t disassemble them.

Opening the PSU is a grave mistake since it can retain power even after you’ve unplugged it. Touching the capacitors and other appliances would give you a deadly shock even if the device is disconnected.

PSUs Can Affect Your PC’s Performance

Your computer’s electronic parts have varying power requirements. Exceeding the power requirement for any of them would damage them or the entire system. A bad PSU can’t control power requirements leading to such damages. So, it would be best if you were vigilant of your power unit’s condition to prevent any trouble with your PC.

If you discover any problem with the SPU, take it to a credited technician to avoid bodily harm, PC damage, or destruction.