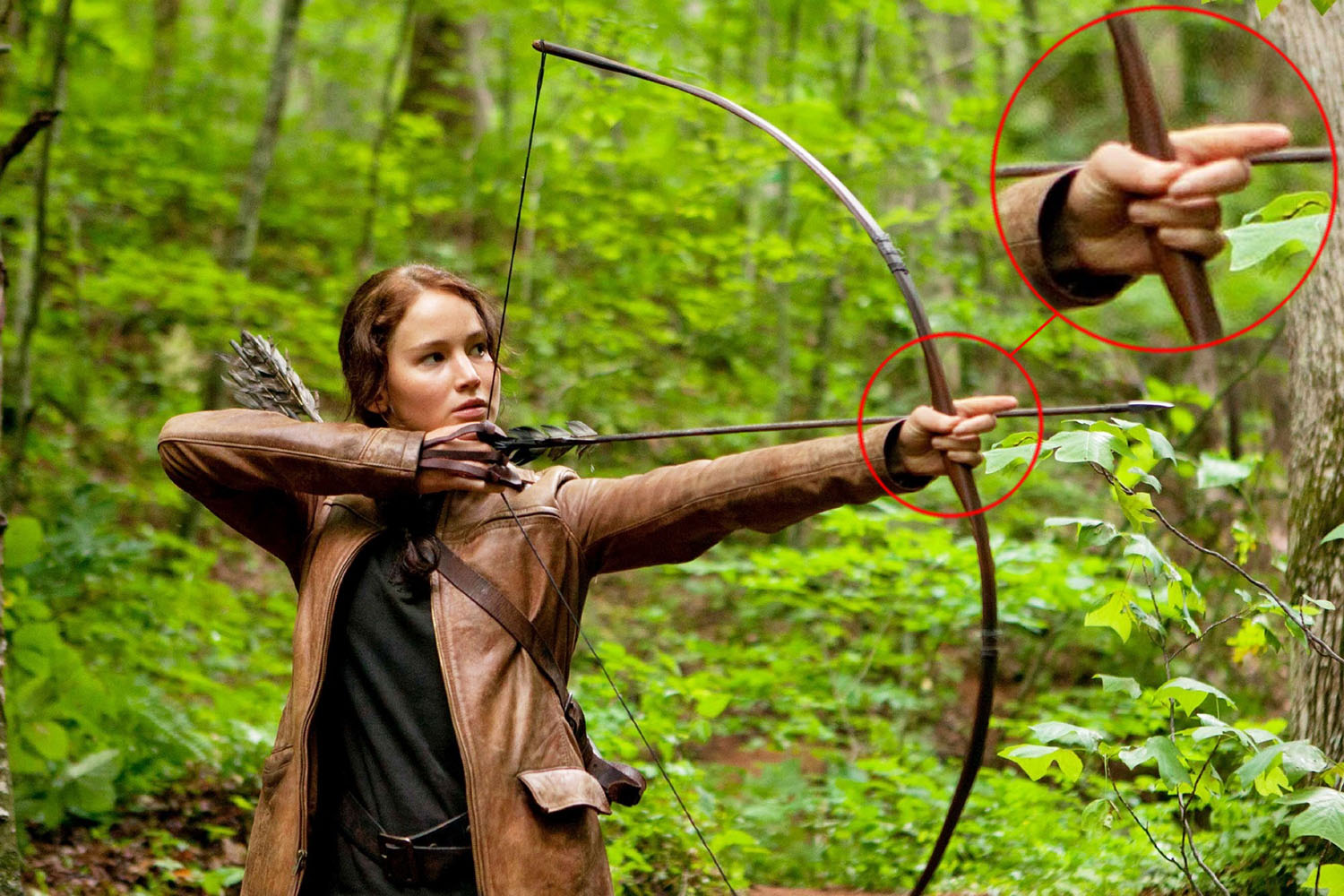 How is it that directors, film reviewers, and editors can all watch the final cut of a movie and not see the mistakes that are blatantly obvious to us viewers? These errors have become almost iconic. Instead of asking, “Did you like that movie,” people ask each other, “Did you notice that part when…” Some of the mistakes are pretty funny, and once you notice them you can’t help but giggle whenever those scenes come up. Some are just plain dumb. Errors that should have been caught by a screening committee and edited to make the movie better. Here is a list of the top ten best movie bloopers that sneaked their way on screen. Prepare to laugh, cringe, and hang your head in embarrassment for the films’ missed mistakes.

The scene in which the stormtroopers are breaking into the control room. The tall trooper on the right accidentally conks his head on the door frame! This is technically not considered a blooper anymore, as George Lucas added a “thump” sound effect to the DVD versions of the movie.

The breakfast scene. A common area of inconsistency for any movie is a scene in which the actor/actress is eating. Repeated takes make it almost impossible to keep the portions of the food the same in the final cut. In this short scene, however, Julie Roberts’ food not only fluctuates in portion size, but also changes from a croissant in the first few shots to a pancake in the last few shots!

8. LOTR: Return of the King

Frodo has a scratch along his jawline for a good portion of the movie. This wound switches from the left side of his face to the right, depending on the scene! The scratch also changes size, but that is far less noticeable.

As Peter Parker is testing out his newly discovered powers in his bedroom, he pulls a lamp across the room, and smashes it on the wall behind him. The sound is loud enough to bring Aunt May upstairs to investigate. Once she is reassured everything is alright, Peter closes the door…while standing next to the lamp, still perfectly intact!

In the Mount Rushmore Cafeteria, Eve threatens Roger as he grabs her. In the background, there is a little boy off to the right who suddenly reaches up and covers his ears. About a second later, Eve pulls a gun on Roger and shoots him with a loud BANG. Somehow, this kid knew just what Eve was planning!

5. Harry Potter and the Sorcerer’s Stone

Once all the students are assigned to their respective houses and have seated themselves at the tables, the start of term feast begins. Harry takes his seat next to Hermione and Percy, but the next shot of the Gryffindor table shows him seated next to Ron…across from Hermione! Practicing magic already?

In the final basketball scene, when Scott’s father comes off the bleachers to hug him. As the men are embracing, there is a woman still in the bleachers behind them. Her dark blue jeans have come unzipped, revealing her bright white underwear. She cheers along as she’s supposed to, waving her jacket high above her head, but seconds later, realizes the wardrobe malfunction and manages to zip and button her pants back up. Other sources have clipped this scene so it appears as if the person in the background is purposefully opening their pants to expose themselves, but clearly those people have not seen the movie to know the whole story!

One of the more widely noticed errors in continuity deals with John Matrix’s Porsche. During the chase with Sully, the Porsche gets completely banged up. Shortly after the chase is over, John and Cindy hop back in and speed away…only the Porsche is in perfect condition!

2. Back to the Future

The shots of the mileage on the DeLorean. The odometer readings (including the trip counter) fluctuate up and down between shots! While at first this might be thought of as some time-travelling glitch, we are assured it was a goof by the fact that the instrumentation is also different between shots! The speedometer needle goes from a pointy arrow, to a straight bar, and back again.

The final scene. In this scene, Danny is holding the paper he wrote about Derek. This paper has been the driving force behind the entire movie – our eyes are naturally drawn to it throughout the whole scene – so we notice how it flies from Danny’s hand as he falls backwards into the urinals (especially since this entire scene is in slow motion). We watch from a different angle as the rolled paper falls down, feet away from Danny, right in front of the camera’s line of view. Then, we are shocked to see the next shot of Danny clutching the paper again!