Top 5 Hottest Villains of All Time 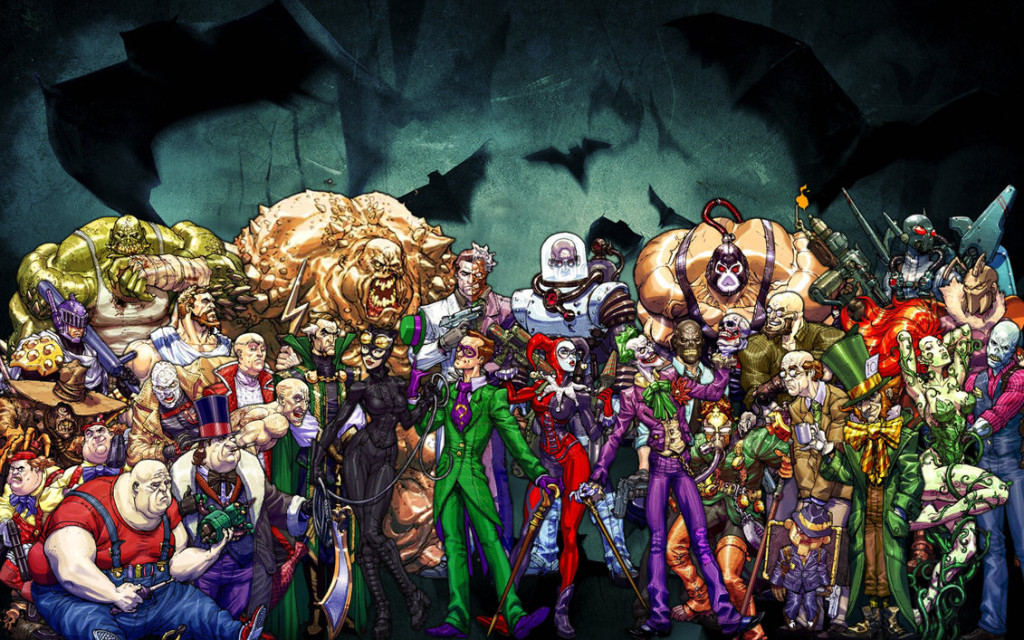 While there is a plethora of hot Villains, male and female, here are just a few that are hot in both their acting/portrayal of the villain(s) and their own looks.  These are the Villains that are fan-girled and fan-boyed over on a regular basis. 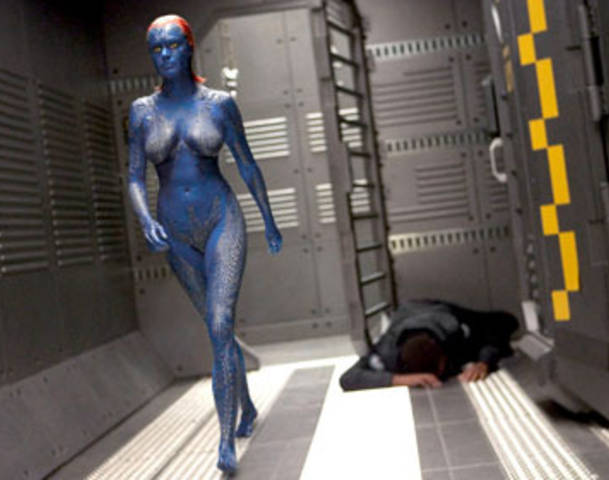 Rebecca Romijn, who played Mystique in the 2000 X-Men movie, is number five on this list for her beautiful acting and portrayal of Mystique as well as her good looks. Her unflinching approach to playing a strong villain is amazing! She plays the part of Mystique well and approaches being evil, or at least perceived that way, with a gusto that others would be scared to show. She is well suited to this part and makes the character of Mystique come to life for the audience. Not to mention her bringing her fashion model skills and grace to this part. She won the Academy of Science Fiction, Fantasy & Horror Films Best Supporting Actress (2000) and Blockbuster Entertainment Awards Favorite Supporting Actress—Science Fiction (2000) for her role. She was also nominated for MTV Movie Awards (Mexico)’s Sexiest she-Villain (2003) and Teen Choice Awards’ Choice Motive Actress—Drama/Action Adventure (2003) and Choice Movie Liar (2003). “Mystique is an extremely skilled hand to hand combatant and also highly proficient with a wide variety of weaponry. She is also a brilliant tactician and strategist.” All of these characteristics are greatly shown in Romijn’s portrayal of Mystic which is what makes this character so sexy.

Anthony Perkins in Alfred Hitchcock’s Psycho was Oscar-nominated for his performance believability. This beautiful man made a stuttering, anxious man into a sociopath and made it real for all of us! Alfred Hitchock made this character a believable quiet and unobtrusive man on the surface and a very disturbed and sociopathic man on the inside, which Perkins greatly exhibits. He might not be the believable villain of this or the previous generations but he was an amazing actor who took this deeply deranged man to heart and portrayed him beautifully and with sincerity to an audience just beginning to see the beauty of film.

Cillian Murphy was Scarecrow in Batman Begins, and the villain in Red Eye and In Time. “His buttoned-up, eerie work as Scarecrow in Batman Begins. With his natty clothes and blankly handsome expression, he’s like the super villain version of Ryan Phillippe in Cruel Intentions.” He has the brooding, sexy look that just makes fan-girls faint. His intensity is insane, literally, and his commitment to his roles makes his parts even more believable!  Although slight in nature for a villain, Murphy’s piercing blue eyes helped to create creepy performances and critics began to take notice. Manhola Dargis of the New York Times cited Murphy as a ‘picture-perfect villain’, while David Denby of The New Yorker noted he was both ‘seductive’ and ‘sinister’.”

Gogo Yubari From Kill Bill 1, played by Chiaki Kuriyama, is adorably evil. She “is a severely disturbed 17-year-old school girl who delights in killing for fun.” Chiaki plays Gogo with an intensity that makes one believe she is that damaged 17 year old girl with a penchant for hurting others, while her face is as stoic or happy at the mayhem before her. Blood flows from her sword and morningstar like water in a river. Her adorable schoolgirl aspect only belies the vicious beast beneath, creating a creepy and wonderful villain.

Tom Hiddleston plays Loki in the recent Avengers and Thor movies. Not only does he make a very convincing Loki–the trickster, he is also a happy and interesting person when being interviewed. He loves the fans and takes time to talk with them and smiles all the while. “The thespian’s unflinching intensity and sheer weirdness make for an unusual, cartoonish, but sexy villain. If Loki is a trickster, the greatest trick he ever pulled was challenging Chris Hemsworth’s sexiness and succeeding.”  He is a talented and extremely beautiful actor with an intensity that belies his humorous personality. Sadly while in the running for the sexiest man of 2012 he was beat, and came in second place to Robert Pattinson.

Though there are many more male and female villains that could and probably should go on a hottest villains of all time list, these are a few that would most definitely be counted among those numbers!