You may or may not know about the market sweeping app Snapchat given its recent arrival but don’t mistake that for premature success. Currently sitting at the 8th most popular free iPhone app, the uniqueness of the backstory outweighs the rarity of its function.

Snapchat is a new way to share photos with a twist on real-time picture chatting. Users are able to set a time limit for how the long the picture is viewable. Receivers of the picture can view it for the allotted time but once the time expires the photo disappears from the digital history eternally. This app rather places a distinct significance on capturing the moment. In essence Snapchat materializes the inability to grasp time because once the picture times out there is no going back and the memories can’t be relived.

Although Evan Spiegel and Bobby Murphy’s classmates felt differently about Snapchat when it was presented as a product design project in a Stanford University classroom. Spiegel and Murphy, Snapchat’s creators, created the app as a final project and are responsible for the empire seeking brand it has evolved into today. 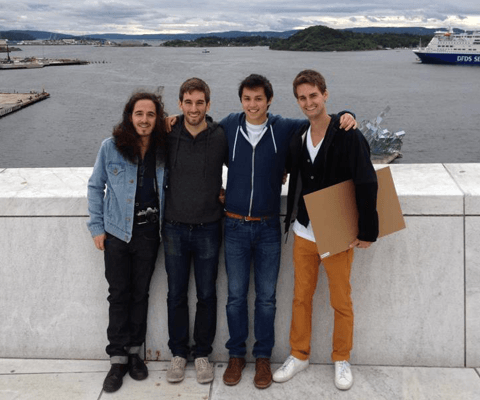 Over fifty million snaps are sent every day.

Think even more modern day Mark Zuckerberg, these innovators worked late nights in their dorm rooms on potential business ideas instead of midterms or research papers. Their vision eventually paid off, their first enterprise, Future Freshman, was a college guide for upcoming freshman but failed due to a lack of users. But Spiegel and Murphy’s second attempt lacked none of the sort.

After the app’s release in September of 2011, the fad spread virally with such momentum that it caught the eye of managing director at the venture capital firm Lightspeed Venture Partners, Barry Eggers. Eggers caught wind of the phenomenon via his high school daughter who used the app avidly along with her friends in the Los Angeles area.

The two co-founders soon set up a meeting with the eager venture capitalist and left with $485,000 in investments which they quickly put to good use. The productivity was prominent and led to the app everyone is obsessing over today. Over fifty million snaps are sent every day. Expect an exponential rise with Snapchat’s reported $8 million backing from Benchmark, Instagram’s initial financier.  I applaud their persistence alone but now that Spiegel and Murphy have begun to see the fruits of their labor, I encourage you to join in on the Snapchat experience.