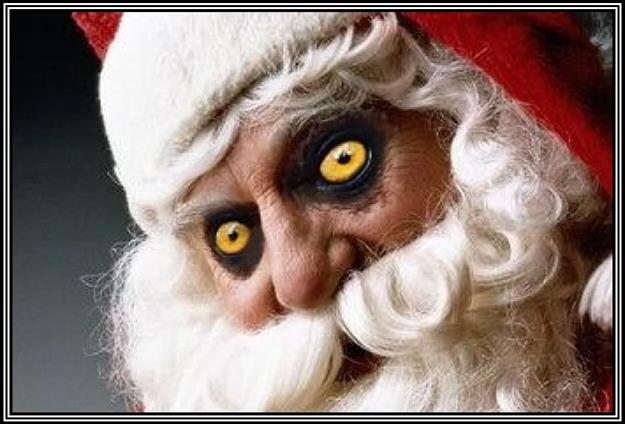 ‘Tis the season to be terrified out of your wits! With Halloween behind us, everyone has moved on to the feelings of joy, warmth, and happiness that surround the upcoming holidays. But what about those places that aren’t just scary on Halloween? The places that are genuinely haunted at all times throughout the year, even during traditionally happy holidays? Here is a list of the scariest places in the country, complete with their spooktacular histories.

The hospital was built for the mentally insane, and housed mostly epileptics, drug addicts, and the mentally handicapped. For a short while, Charles Manson was even a patient here. Originally, the immense building was set up for only about 250 patients at a time, but at its peak in the 1950’s, there were over 2,000 residents crammed within its walls. The hospital ceased treatment in 1994, but visitors continue to claim ghostly experiences on the premises. Former patients and shadowy figures are said to have been spotted roaming the halls, as well as objects moving on their own, mists appearing and disappearing, and an overall feeling of being watched. Paranormal investigators also have recorded disembodied voices, screams, laughter, crying, and calls for help. Even without all the paranormal phenomena, the building itself is something of a wonder. Built in 1858, the asylum is the largest hand-cut stone building in North America. It has over two and a half miles of dark granite hallways through which visitors can take guided tours.

West Virginia not only overcrowds their hospitals, but also their prisons! Built in 1866 with traditionally spooky Gothic-style architecture, the penitentiary was made to hold 480 men, but by the 1930’s, there were over 2,400 prisoners. Often times three inmates were crammed into a tiny 5 x 7 foot cell. The living conditions were so terrible that in 1986 the Supreme Court ruled the prisoners were receiving cruel and unusual punishment. Inmate violence and disease attributed to many of the thousands of death that occurred in the facility, but between 1899 and 1959 prisoners were executed due to the death penalty. Most were hung, but 9 died in the electric chair. Many ghosts have been spotted by visitors on the premises, but the most common has been called the Shadow Man. While the prison was open, one of the maintenance men snitched to prison guards about some of the inmate activity and was later stabbed to death by the prisoners. Other phenomena include phantom footsteps, banging, flickering lights, and the turning of the front entrance gate on its own. The ghost tours at this location include day and night time, with a special “lights out” event that runs from 1:30am to 6:00am during which you are only allowed one flashlight and a camera.

In 1817, John Bell and his family began being tormented by a poltergeist. They heard knocking sounds on the outside of the house, followed by chains rattling and gnawing sounds inside. Reports vary, but most agree the spirit was sent by the Bells’ neighbor, Kate Batts. She felt she was cheated out of land, and tortured the Bell family for the rest of their lives. Some sources even claim the witch physically abused Bell’s youngest daughter, Betsey. People can now visit the property, though many report encountering a violent force and that their technology (cameras, phones, etc) mysteriously stops working until they cross the property line. Visitors have also claimed that any object taken from the site is cursed.

Originally opened as a tuberculosis treatment center for about 50 patients in 1910, the Waverly Hills Sanatorium was soon expanded to house almost 200 patients, including children and geriatrics. There were numerous claims of patient abuse, and the building was officially shut down in 1981. Over 63,000 people died in the hospital during its seventy-one year existence. That averages to about 2 people dying each day. Some of the deaths on record are not just sick patients, but include staff member suicides. The spirits of several people have been experienced by visitors through sightings or feelings. One common ghost is a little boy named Timmy who reportedly likes playing games with tour guests and holding their hands (a feeling of unexpected cold pressure on the palm). A more unpleasant spirit that has been seen several times is that of an elderly lady who is chained and bleeding, repeatedly running towards the front door screaming, “Help!” Visitors can book tours to walk through the hospital or stay overnight on the grounds. Ghostly experiences have been documented by several television shows, including Scariest Places on Earth, and Ghost Hunters. Their thermal imaging equipment has picked up many spirits, and most recently the image of two small children rising from the hallway floor and disappearing through a wall was documented.