Samsung is on a Roll 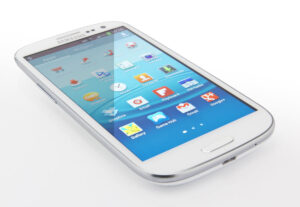 Who doesn’t love the funny Samsung ads making fun of brainless iFanatics? Well, I sure do. Samsung has again released another ad for it’s latest flagship devices, Galaxy S3 and Note 2. Unfortunately, the new ad doesn’t include any demeaning jokes aimed at Apple or its hardware;  instead it focuses more on Samsung’s devices.

I personally like making fun of iSheep, but the new ad is even better because it actually shows us that it is not the device and cutting edge hardware that makes it so great; but the way we use it in daily life is what makes a gadget so important. Recent reports also showed that Galaxy S3 has been crowned the world’s top selling smartphone for 2012. Seems like Samsung has finally moved on from releasing “mocking Apple ads” to pretty “mature Samsung ads”, to a certain extent.

Check out the clip below. Be warned though as it may not be suitable for children or adults who still believe in Santa Claus. (We neither advocate nor deny the existence of an 80 year old fat guy who possesses the acrobatic abilities of a Teen). No more wait check; out the ad after the break.