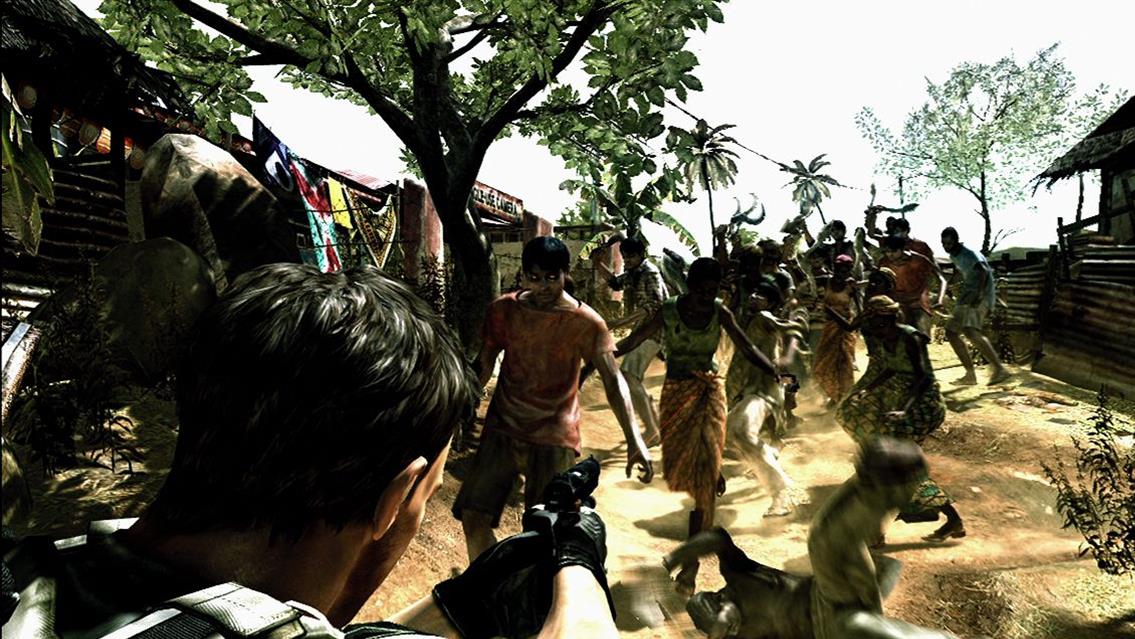 I’m a pop/country/dance music type of girl, but I once dated a guy who liked hip hop and rap. He used to play a song that I got really hooked on, by Sage Francis, called Make Shift Patriot. One of the lines in the song said, “a typically dark skinned Disney villain,” and that got me thinking that yeah, Disney bad guys are almost always “not white.” I then thought about all the games I play, and how the good guys are your classic “white guy” and the bad guys are everything but. Why? Why is it that games are still racially unequal, even when it’s clear that everyone enjoys a good video game, not just the white guys of society?

One of the main examples of racial stereotyping was from the game Resident Evil 5. Players claim that the majority of zombies to kill within the game are black. Well, yes, that’s true, but the game is also set in Africa, where the majority of people are black, so the majority of people contracting the disease to turn into zombies would, in fact, be black. This is not a game designed for white people to kill black people. Actually, one of the “good” characters you can choose to be is a black female. On the surface, people unfamiliar with the game could argue that it is racist, but people who know the game would be able to argue back that it is clearly not.

Those that argue video games are racist, for more than half of all human characters are white, are clearly not informed. Take a look at some of the credits of whatever video game you are arguing against. Most of the creators or people in the animation department are Asian. What was that you were saying about the video game being a product of white supremacy? Maybe the creators are trying to reach out to all the white players, but wait…over half of the gaming community is made up of Japanese gamers! What we see here in America is targeted to us, so commercials and advertisements are tweaked and altered to represent the typical White American Male. We have no idea what the rest of the world is doing, or even anyone outside our local community.

A lot of the racist aspects of gaming are not from the games themselves, but from the players. This is probably not helped by the somewhat recent poll showing that almost 90% of the heroes of games were white.  It is common, with most games incorporating headsets and verbal contact between players, for gamers to participate in a playful exchange of insults during a battle. These insults, however, have become more and more racist, sexist, or just hateful of others.  This is not the fault of the game, we have to remember, it is the fault of the players who say these things. When you’re attacking another player (and I know I have been guilty many times before) you find yourself insulting the actual character (since you don’t know anything about the person on the other computer). It is not uncommon to slip-up and make an insult based on looks (or implied race, gender, etc.). This is just what we do when we are in the heat of the moment! I completely accept all responsibility and know it’s not Blizzard’s (or whatever brand you’re playing’s) fault, it was my own stupid big mouth that said it.

The gaming community is against slurs of this kind, and commonly reports what we deem as “abusive players” to the game companies, thereby having the abuser’s account deleted, or at the least, shut down for a while. With so many gamers playing at once, it is up to the other players to report bad behavior. If no one reports it, that person can continue on their diatribe until they are called out. If people have a problem with things being said, they can also block another player.

There needs to be some inequality within a game, or all the characters would be the same and would tie in all battles. In games of fantasy, where all (or most) of the characters are non-human, there are obvious differences in ability and strengths, based on the species. People looking for an argument will focus on the little things and claim the game creators were making a character based on an Asian, or an African-American, or a White. Sometimes, there is this crazy thing called a coincidence. If you are paid to dream up characters, who can control what you imagine and what you can’t. The inequality issue is really only an issue if people are bothered by it. I read several forums on the subject, and to tell the truth, many people commented that they didn’t care about the “white male dominance” of video games, as long as the game had a good storyline and was fun/rewarding to play. I say, if you have a problem with a certain game, don’t play it.