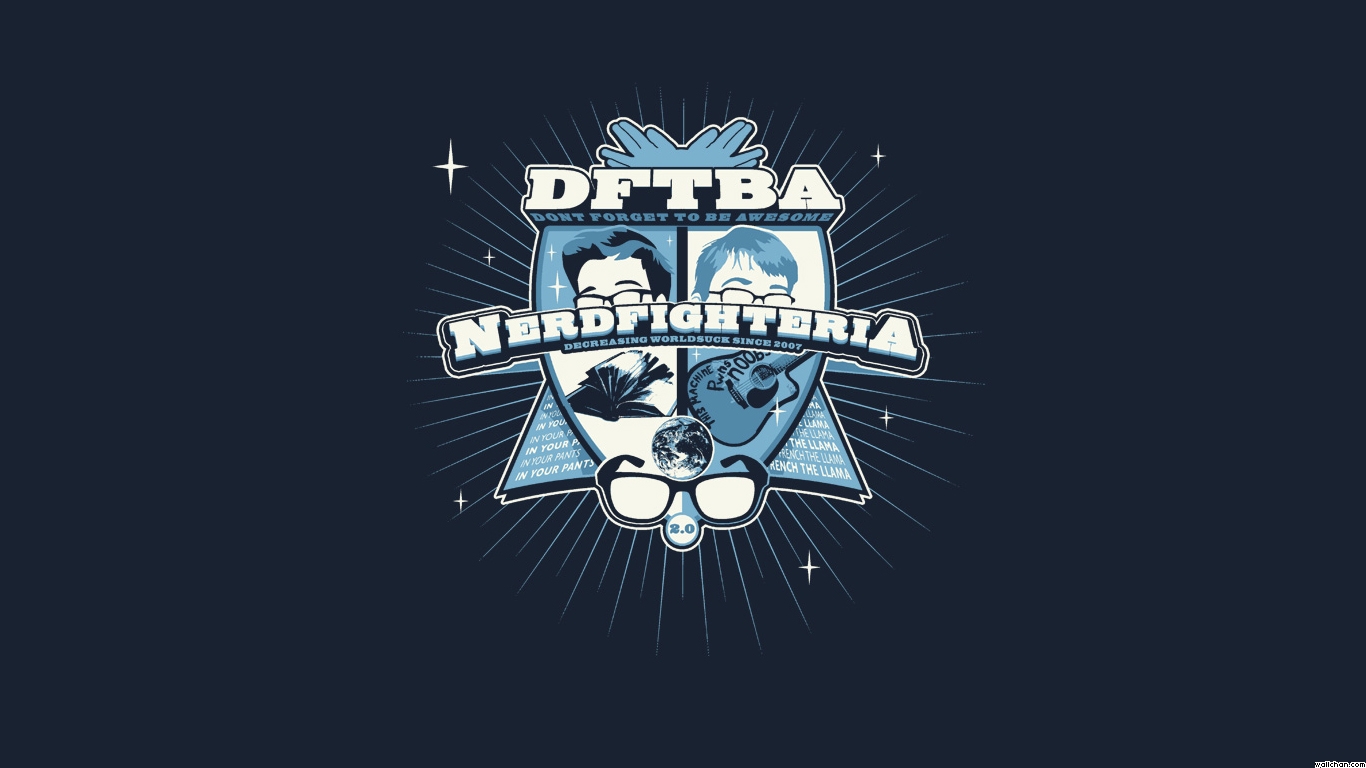 If there’s one thing we know, it’s that fans can be some of the most dedicated, enthusiastic people you will ever meet, and when these people come together some amazing things can happen. Nerdfighters are more than just fans – they’re a community that celebrates all things geek, while also working to make a difference in the world.

What is a Nerdfighter?

The term “nerdfighter” was invented by young-adult author John Green (Looking for Alaska, The Fault In Our Stars) as a name for fans of the YouTube channel he runs with his brother, Hank Green. The name began as a joke, with John Green seeing an arcade game with a logo he believed read “Nerdfighters.” He later discusses whether the game was about people fighting against nerds or whether it could be about nerds who fight against the concept of “popular” people. The name quickly caught on, with fans adopting it as their own along with the catchphrase “DFTBA,” which stands for “don’t forget to be awesome.”

The Vlogbrothers channel started out as “Brotherhood 2.0,” an experiment the two brothers began in 2007 to see whether they could communicate solely through video blogs for an entire year. An internet following began to grow, and soon it flourished into an active online community of people who are proud to call themselves “nerds.” The Vlogbrothers channel now has over two million subscribers, and is one of the defining video blog channels on YouTube. While mostly based in the teenage demographic, fans of all ages are welcome in the community, which embraces diversity. You don’t have to be a fan of John Green’s books to enjoy the content, as there’s something for everyone in the videos. The Green brothers talk about everything, from world news to J.K. Rowling to science facts, in a fun, accessible format.

Beyond the entertainment factor, and the opportunity to connect with others who share similar interests, the Nerdfigher community has a mission statement – “we fight to increase awesome and decrease suck” – that aims to make a tangible, positive difference in the world. This goal could be as simple as providing a community for those who feel different from their peers, but also takes the form of charity initiatives and an effort to raise awareness. The Project for Awesome, for example, is a YouTube-wide event that takes place yearly in an effort to raise money for charity non-profits. Thousands participate, with YouTube content creators supporting a charity of their choice and every comment contributing to the fund.

Another reason why Nerdfighters are decidedly awesome is the importance they place on education and being well-informed. While the Vlogbrothers channel itself will often feature short, informative videos, both John and Hank Green have also launched new educational channels devoted solely to teaching their viewers about various topics in an entertaining format. Crashcourse features history, literature, psychology, biology, chemistry, and more, while SciShow is devoted exclusively to science. If you want to learn something new or simply have some time to kill, I highly recommend these channels.

These are just a few of the reasons why Nerdfighters have proven themselves to be one of the most impactful groups of geeks who form their community around the internet, demonstrating how a group of enthusiastic people who are proud to be called “nerds” can make a huge difference in the world. They definitely never forget to be awesome.