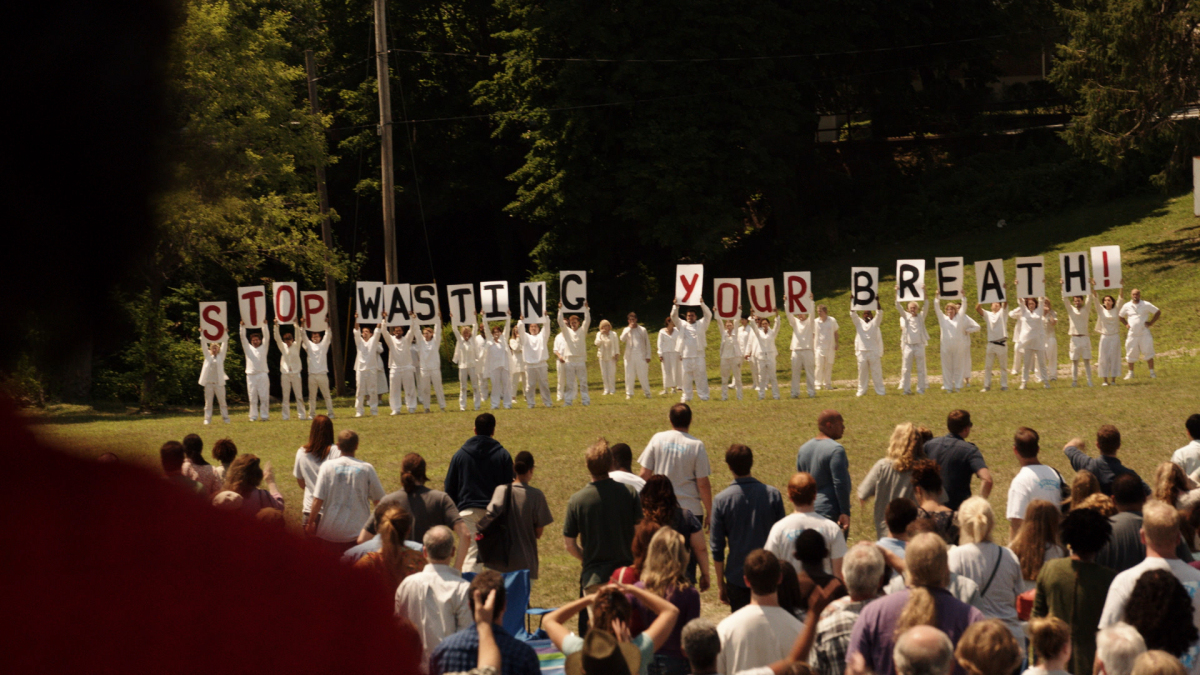 HBO has had some good lucky with fantasy TV shows, with Game of Thrones and True Blood coming to mind. This year it has added the slow-burning but absolutely gripping The Leftovers to it’s resume and although it may not be the same dragons and vampires as the more obvious fare, Leftovers is one of the stronger fantasy shows out this summer.

The Leftovers is based on a 2011 novel by Tom Perrotta but the show has taken several liberties with the story line. The basic premise remains the same; 2% of the world’s population disappears without any explanation. The entire premise of the story is fantasy; there is no explanation for what happens to the disappeared and let’s hope the TV show keeps it that way. Contrary to popular belief, fantasy does not have to take place in a fictional world. Fantasy is a world that has unexplained and slightly mystical events, events that cannot be explained. That’s exactly the town of Mapleton. People have disappeared and nothing is explained. The show itself really picks up 2 years after the disappearance and by then it seems most people have stopped caring about why it happened and are much more focused on how to move on.

There is toying with other elements of a fantasy. The incredibly disturbing yet surprisingly charming Paterson Joseph plays a cult leader who may or may not have powers. Lead Justin Theorux play a character who toes the line of sane and insane brought on by guilt, alcohol and a family history of mental illness on his shoulders. Two episodes in, the show does a very good job of blending what is real with what may be real and making sure audiences aren’t entirely sure which is which.

Plus, there is something very wrong with the dogs in this town.

HBO is aware of what this show is and where their audience comes from. They even cast 9th Doctor (Christopher Eccleston as a minister who is not handling the possible rapture too well)  and Arwen (Liv Tyler as a woman who is getting sucked into a cult that tries to remind people of what happened). Previews for the show focused on the disappearances and made sure to mention Lost co-creator Damon Lindelof, probably hoping to pull in the same kind of audience.

Fantasy is having a heyday on TV right now and HBO certainly wants to keep up on that trend. But the Leftovers is a new kind of fantasy that isn’t about magic or even mythical creatures. This is real world fantasy that doesn’t have vampires or werewolves. This is about the aftermath of fantasy and it’s new and exciting for viewers. It’s fantastic that fantasy is starting to have a real place on TV and shows like this are starting to give us even more diversity in the genre.

Former Superman, Brandon Routh, Joins the Cast of Arrow as the Atom