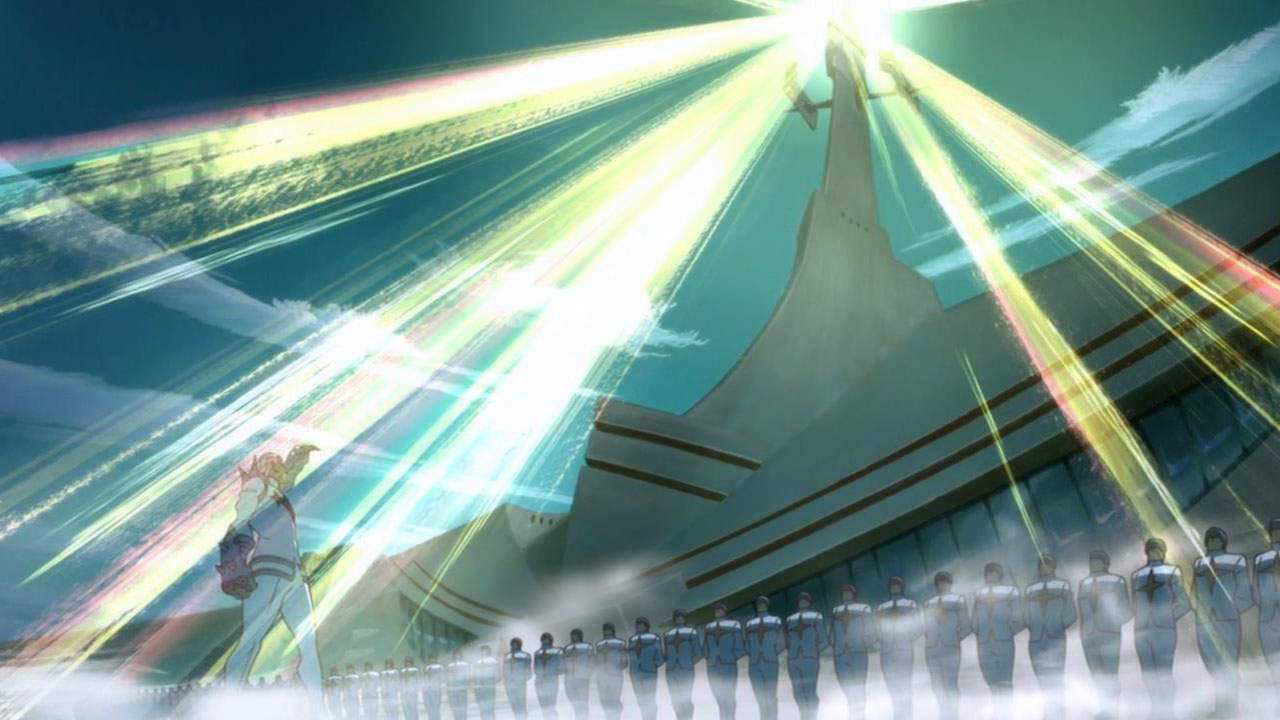 TRIGGER’s first original TV anime, Kill la Kill, is now available in a limited edition package that went up for pre-order on the series’ US website the 29th of May.  The package includes three discs, both Blu-ray and DVD copies featuring episodes 1-4, as well as a CD copy of the original soundtrack.  The Blu-ray and DVD both feature the original Japanese voice acting and the recently revealed English dub, staring Erica Mendez (Aladdin – Magi) as Ryuko Matoi, David Vincent (Grimmjow – Bleach, Li Xingke – Code Geass) as Senketsu, and Carrie Keranen (Casca – Berserk, Mami Tomoe – Puella Magi Madoka Magica) as Satsuki Kiryuin. This limited edition package contains a bonus rearranged and remixed soundtrack by Hiroyuki Sawano along with postcards and a double-sided poster featuring the main characters of the series.  On the website store the limited edition package will run you $59.98, with individual Blu-ray and DVD editions also available for pre-order running $39.98 and $29.98 respectively.

Kill la Kill is the latest project brought to us by writer Kazuki Nakashima and director Hiroyuki Imaishi, also known as the team that brought us Gurren Lagann.  In Kill la Kill they carry forward their distinct and beautiful style in a new world filled with intense characters, breath-taking backgrounds and art direction, a fantastic original score, and a plot that starts the action at full-throttle and never backs down.  The unique humor and self-parody found in Kill la Kill also helps to elevate the series to one that deserves to be watched and remembered.

Teenager Ryuko Matoi, daughter of the murdered scientist Isshin Matoi, lives for a single reason; to find her father’s killer and take her revenge.  To meet this end she abandons the delinquent life she had been living and travels with the only clue she has, half of the scissor-shaped sword used to murder her father, left behind by the killer.  Her travels take her to the doorstep of the monolithic Honnouji Academy where she butts heads with its deified leader Satsuki Kiryuin and her ferocious subordinates, the Honnouji Academy Elite Four.  Kiryuin, a reserved and authoritative leader, enjoys taunting the volatile and inexperienced Ryuko.  Kiryuin hints at the fact that she recognizes the scissor-blade, baiting Ryuko into a seemingly impossible challange.  To prove her worth Ryuko must defeat the most powerful members of the Honnouji Academy student body, then rise up and strike down its untouchable leader.  Only then will Ryuko earn the right to hear the truth behind the mysterious scissor-blade.

However, what Ryuko doesn’t know are the secrets held within the dark history of her father and the unimaginable link they will make between herself and her new enemies.  Thrown against the unshakeable might of Honnouji Academy, Ryuko will discover the true last memento of her father, a living uniform known as Senketsu that unlocks in her inhuman power.  With this mysterious new comrade she must face down her opponents, scraping together every ally she can find along the way while her every step towards truth drags her into deeper and more lethal conflicts.

Whether you’re a fan of Kill la Kill, a Gurren Lagann fan who missed out on catching it last season, or simply love non-stop action you shouldn’t miss out on this great entertainment package featuring the beginning of TRIGGER’s impressive first series.

Kyle is recent Purdue University graduate who only enjoys gaming as much as he does writing. MMOs, RPGs, Platformers, and Mecha run through his blood and eat his time. He finds only one thing more tantalizing then the ball of yarn know as "Star Citizen" that Chris Roberts' dangles before him; Guinness.