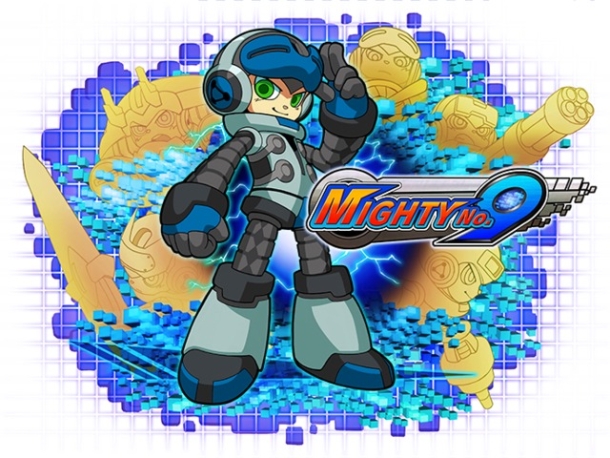 Kickstarter is a pretty awesome tool these days. Many incredible ideas have been released to people all over and funded by folks from across the globe. And when they come to life? Man, nothing quite beats that. But I’m not some sort of e-professor teaching you Kickstarter 101 or anything, alright? I’m here to talk about the coolest thing ever to have graced that website. Straight from the minds and hearts of an “all star team of Mega Man devs” comes a new Japanese-style 2D platformer that is catching the internet by storm. And better yet? IT’S ALREADY BEEN FUNDED. Over $1,000,000 have been donated by just lovely people to create this masterpiece. What is that masterpiece, you ask? Mighty No. 9!

Mighty No. 9 is a 2D platformer standing out among the internet in an FPS world. AND IT LOOKS AWESOME. The style is very similar to that of Mega Man, but hey! We’re looking at a game produced by the Blue Bomber’s original developers here! This sounds like something we’ve all been needing to play for a long, long time. The game promises to input mechanics from the classic 8- and 16-bit eras that we’ve all come to love as well as its own gimmicks and modernism. As the developers used to do with Mega Man games, Mighty No. 9 promises to take fan input too! This certainly looks like an awesome premise, no? But I haven’t even started explaining how the game works yet. Hold onto your butts.

The game puts you in the role of Beck, a very powerful robot complete with the ability to transform and adapt weapons (like Mega Man!). In fact, he’s the ninth one to be developed (the game’s namesake) and somehow was one of the few to not be infected with a computer virus. You see, this is the reason the enemies you’ll be running into will want to kill you. Short, sweet, and to the point. I like it. Oh yeah, that same virus is the reason the other Mighty Numbers (1-8?) aren’t around. It looks like they’ve snapped too and will be waiting for Beck to challenge them. And, just like the robot masters in Mega Man, it’s your job to defeat them and bring peace to the world! But Comcept wants you to know that it won’t be easy. These robots know what they’re doing! In fact, they’ve become the most devastating warriors on the planet since they’ve spent tons and tons of time competing in robot versus robot combat as the future’s most popular sport. Beck’s got his hands full, that’s for sure. But I think you would too if you were the spiritual successor to Mega Man.

So I’ve established time and time again that Mighty No. 9 is strikingly similar to Mega Man, yeah? What’s going to make it important and allow it to be unique and stand out? Well, Beck is a robot who can transform! Sure, Mega Man’s weapons changed when he defeated a robot master, but that’s old news! Beck’s whole body can alter! Sure, they’re considered new weapons, but Beck might defeat a boss and grow tank-like legs! That way, he’ll be able to traverse spikes without getting hurt! There’s also talk about him maybe growing magnets for limbs or spring-loaded hands that will help him clear through obstacles in a different way. That’s definitely a fresh gameplay mechanic, eh? But wait, there’s more! Defeating an enemy with a certain weapon or hitting a Mighty Number in a sweet spot will reward Beck with “xel energy.” This can later be spent on Mighty Skills that give Beck an advantage. There’s a whole system in development that’ll add an entire new level of strategy and innovation to an old system.

It seems like Comcept is using all of the experience with Mega Man in the past and combining it with everything they couldn’t do because of game limitations to make this game. And it’s almost like some sort of dream come true. No one ever really asked for something like this to happen, but we’re all so undeniably happy it did. With Capcom struggling to give Mega Man any sort of recognition these days (with the exception of Smash Bros), it’s nice to see something new and fresh born from the minds of those same folks who have been entertaining us for years. The Kickstarter project is increasing in donations by the minute, so if you’d like to check it out (and the impressive stretch goals), please don’t hesitate to take a look!

Microsoft Makes It Official With Nokia

Will Learning Tableau Help me Become a Better...

How to Avoid the Global Supply Chain Disruptions...

8 Things You Should NEVER Do at Your...

What is the difference between ITIL and ITSM?

Glencore To Work with Li-Cycle