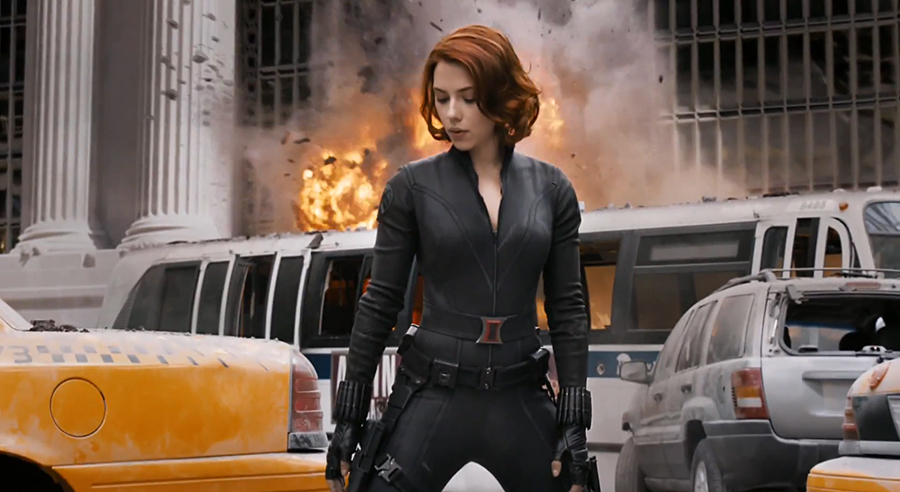 This week, comic book fans who have been waiting for a solo superheroine movie received a little spark of hope in their hearts when Kevin Feige, Marvel Studio’s President of Production, admitted to Total Film that “development work” was being done for a solo Black Widow film. Fans who have been burnt too many times before by such silver-screen heroine promises (see: Warner Brother and DC’s constant waffling on a Wonder Woman franchise) were quick to point out that “development work” being done for a film and a movie being “in development” are still two different things, but Feige’s statement is still exciting.

“Black Widow’s whole arc [in The Winter Soldier] is coming to terms with her history – that she’s been a spy, and spies aren’t necessarily trustworthy. We start filming the next Avengers film at the end of March. [Black] Widow’s part in that is very big. We learn more about her past and learn more about where she came from and how she became in that film. The notion of exploring that even further in her own film would be great, and we have some development work with that.”

The hypothetical Black Widow film would be released along with the rest of the 3rd phase films in Marvel‘s Cinematic Universe, and would likely be the first female-led mainstream comic book film since Marvel’s last attempt in 2005, Elektra– a ten-year gap or more, as the first of the third wave Marvel films, Ant-Man, won’t hit theaters until July 17th, 2015. That film was widely considered a flop, in part because of a confusing story and a paltry budget (by comic book movie standards) of $43-million. For comparison, Daredevil, the movie that Elektra spun off from, had a budget of $78-million; Iron Man, the first of the Marvel Cinematic Universe films, had a budget of $140-million; 2008’s The Incredible Hulk had a budget of $150-million, and Marvel’s The Avengers had a whopping budget of $220-million. So yes, feel free to laugh at anyone who claims female-led comic movies fail because of inherent inferiority and no other reason. 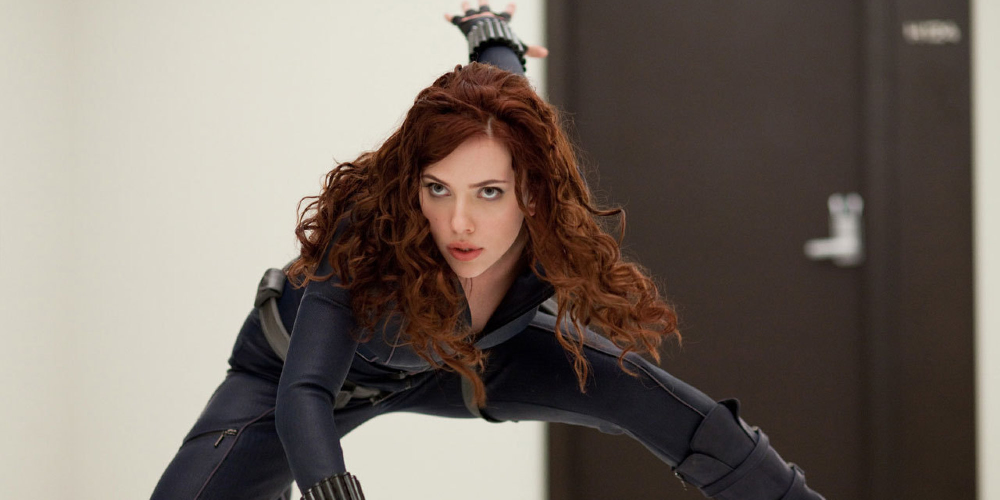 Captain America: The Winter Soldier will be the third MCU film in which Scarlett Johannson has played S.H.I.E.L.D. operative Natasha Romanova, the Black Widow, having previously portrayed the character in Iron Man 2 and The Avengers. Considering her popularity among fans after The Avengers and her reportedly sizable role in both the upcoming Winter Soldier and Avengers: Age of Ultron story lines, she is a safer bet for Marvel executives to introduce as their first leading super-lady. The Black Widow is already a well-liked and well-known name to movie-goers, and could more easily head up her own franchise than could Marvel’s other, as of yet unseen superheroines. Although The Hobbit: The Desolation of Smaug actress Evangeline Lilly is rumored to be in talks as the female lead in phase three’s Ant-Man, the questions of whether Lilly will be chosen for the role and of if the role is for Janet Van Dyne aka original Avenger’s member The Wasp remains to be seen. Pepper Potts’ alter-ego Rescue could also be an option, as Pepper has been in four of the eight currently released films and actress Gwenyth Paltrow has expressed an interest in seeing Pepper’s storyline move in that direction, but there have been no whispers of such from the Marvel studio. Sadly, Carol Danvers hasn’t even been hinted at yet.

Of course, doubters are right to point out that Marvel has a history of “development work” coming to nothing, or at least moving slowly. Last year, during a promotional interview for Thor 2: The Dark World, Feige also said that a movie for the Wakandan superhero Black Panther was “absolutely in development.” While Stan Lee has also said that Marvel is “thinking” about a Black Panther film, the lack of any real rumors, let alone status updates on the progress of the film’s development, has many fans suspecting that the project will be in development purgatory for quite a while. That the language to describe a potential Black Widow movie is similar, despite the more recent nature of Feige’s claims, cannot be denied. 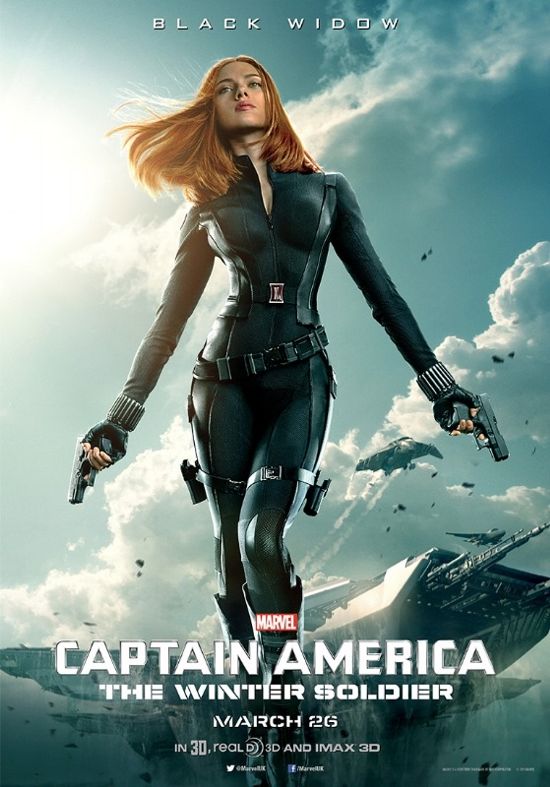 As of now, the only film wholly confirmed for Phase 3 of the Marvel Cinematic Universe is Ant-Man. Whether the amount of excitement surrounding Feige’s comments can spur Marvel Studios to add a Black Widow solo film to that line-up remains to be seen. In the mean time, you can watch the Black Widow interrogate, obfuscate, and crush men’s skulls between her thighs in theaters this April 4th, and then again on May 1st for Avengers: Age of Ultron.

Would you stand in line for tickets to a Black Widow solo film? What about a possible team-up with another Avenger? Which comic heroine do you want to be the first to break the 10-year barrier? Share your future film hopes with us in the comments.