Mega is said to be largest, most secure cloud storage service to date.

For the geeks who aren’t aware Kim Dotcom, formerly known as Kim Schmitz, is the well-known founder of Megaupload, the early generation file hosting service which fell under government possession due to Dotcom’s alleged copyright infringement. Understand that Megaupload was not seized because of its purpose but because of the factors of its foundation. Dotcom pending criminal investigation makes the anticipation for his newest venture, Mega, that much greater.

Before I speak on his background of infamy let me address the topic at hand. Mega, on paper, is described as the best, most protective cloud storage service to date although Dotcom describes his forthcoming piece of art as even bigger and better. Behind Mega’s hefty name lies a panel more than qualified for the job. Over recent months Dotcom assembled a group of coders who have been working endlessly towards their nearing release date. He also speaks of his growing experience in the file storage business since Megaupload’s inception. Dotcom was a pioneer then and remains one now and claims to have outdone himself with such unique features in Mega that internet tradition will follow. Mega is noted to have a new encryption feature, accelerated downloader for maximum transfer speeds, and a new file managing system. 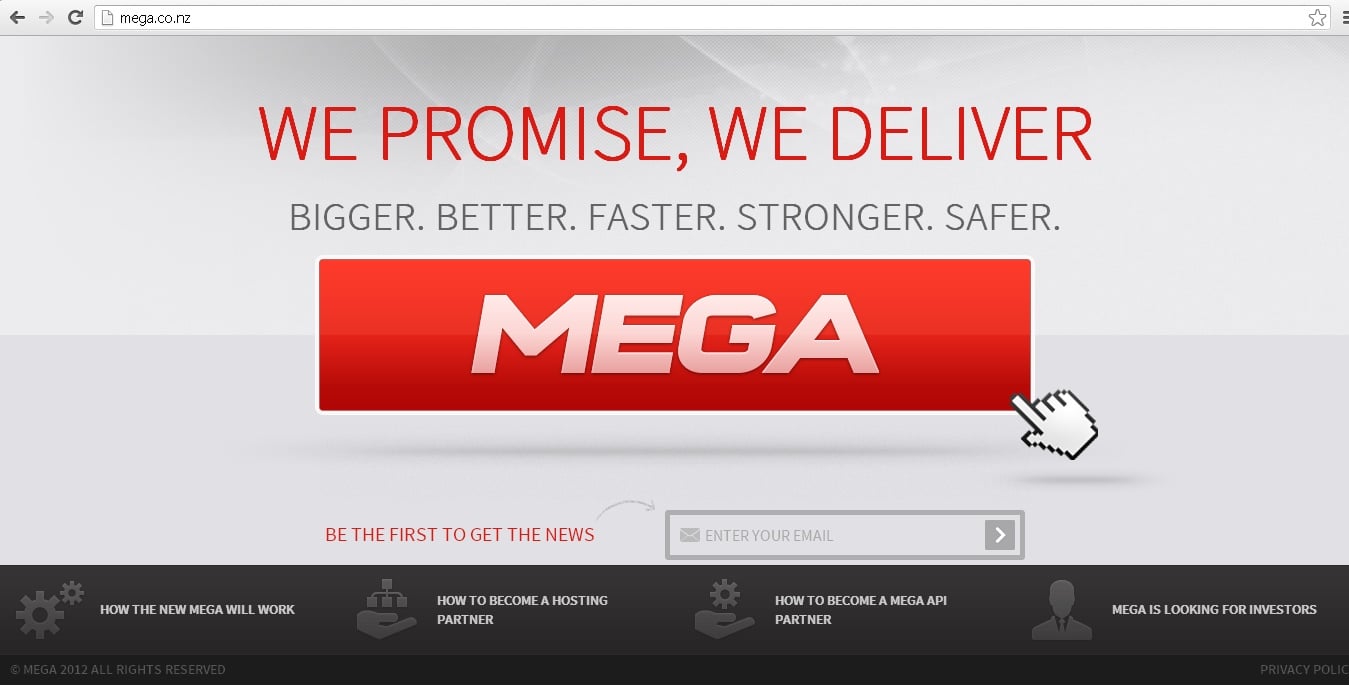 “It provides up and download acceleration and resume in the browser thanks to the latest HTML5 technology,” Dotcom spoke publicly.

What sets this site apart from the many others that have come to fruition as of recent is it’s encryption feature which Dotcom believes will become the way of the internet within the next 5 years.

The “military grade” encryption plugin will be used to secure user’s files. Before a file is uploaded it will be encrypted, which means that no one but the owner can see what it contains. Mega’s encryption feature involves a simple one-click privacy process that will encrypt mass amounts of files. Through the new API Dotcom will be showcasing, he expects internet based businesses to take heed and eventually implement in their own sites.

Judging from Dotcom’s tweet from Jan. 13th, “5 more days until #Mega. 5 more days until the US government fails and Innovation wins. 5 more days,” he is eagerly awaiting his much anticipated success. And I speak for us geeks when I say we are impatiently doing the same.

Dropbox vs SkyDrive vs Google Drive

Asus Launches MeMo Pad; With a Price Tag of Just $150