Happy Wheels: An Interview With Jim Bonacci and Jason Schymick 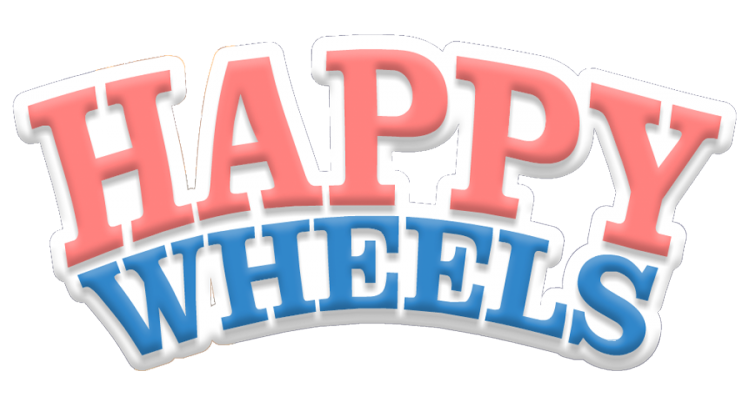 We, at Geek Insider, love a good flash game. Not only are they reminiscent of the origins of gaming, but they are fun, attention grabbing, and addictive. One of our favorites that never gets old is Happy Wheels. This is a traditional browser-based flash game, which consists of deadly races through thousands of different user-created courses with characters that are inadequately prepared for the journey.

Having played the game for years (and mutilating that guy in the wheelchair too many times to count), we began to wonder about the story behind Happy Wheels. Lucky for us, we were able to sit down with the games creator, Jim Bonacci, and his co-worker, Jason Schymick to discuss this gaming phenomenon.

Geek Insider: What were you doing before Happy Wheels, and how did it get started in the first place? Was Totaljerkface.com your portfolio website for Divine Intervention?

Jim Bonacci: Totaljerkface.com was my portfolio site for Divine Intervention and whatever other artwork I had made at the time. After I released Divine Intervention, I realized that video games were the type of thing I wanted to spend more of my time creating. They gave me a medium where I could perfectly combine my interests in art and programming. I started to work in my free time on a side-scrolling fighting game. It was progressing along, but I quickly realized it was too ambitious for me to finish in any reasonable amount of time.

I was struggling a lot with finding consistent freelance work and ended up taking a full time job at my first ad agency. There I met my friend Alec who was my Technical Director. He had actually made an open source flash physics engine called Flade, which I immediately felt the need to futz around with. Soon I had made this guy in a wheelchair who would continuously fall down this infinitely random hill. You’d crash and your limbs would fall off and tumble along beside you. I found this appealing, so I resolved to make a new, different game. This one would be much less ambitious than the fighting game, and I’d finish it very quickly and release it to the public. After working and saving up for around 6 months, I quit and decided to spend my time finishing up my new game. I made some new characters and started to work on a fully illustrated level.

After realizing creating all of my own levels manually took way too long, I decided to instead make my own level editor. About this time I ran out of money and had to go back to work. All together I went through this process for four years. Every year I’d return to work, save up a bit, then leave around halfway through the year and attempt to finish the game. Every year I incorrectly assumed I would be finished and continually added new features to the game until it finally became Happy Wheels. I am absolutely terrible at estimating the amount of work required to finish something. This was for the best though, as I don’t think I would have gone forward with a project that I knew would take that long. Now that I’ve done it, doing it again seems much less daunting.

Geek Insider: What made you into an entrepreneur? Did you have any expectations on the success of your game, Happy Wheels?

Jim Bonacci: I would probably never refer to myself as an entrepreneur, but I guess I accidentally became one with the success of the game. Based on the popularity of my previous game, Divine Intervention, I expected Happy Wheels to do fairly well. I was now a better programmer, and the game was higher quality, so it seemed natural to assume that it would at least match Divine Intervention’s success. However, I thought it would be popular for around 6 months or so, and that some larger company might notice the game and want to develop it for consoles with a larger budget. Instead, Happy Wheels somehow remains popular 3 years later and ad revenue has been more lucrative than I imagined. I am happier with this result as I can now afford to work on whatever I’d like in the foreseeable future independently.

Geek Insider: Exactly how well is this game doing?

Jim Bonacci: Happy Wheels typically has at least half a million visitors a day. There’s a direct correlation between my traffic and ad revenue, so it’s obviously best to try to retain popularity. From 2010 to around October of 2012 I was updating the game monthly with new characters, level items, and features. Although I would have enjoyed to continue to do this, I’ve stopped for the last year in order to focus all of my efforts on the sequel. As expected, traffic is slowly diminishing over time without my updates, but not nearly as much as I’d figured. If the main content of the game wasn’t user generated, I believe popularity would have dropped off very quickly. Just so nobody is too disappointed, I will most likely take a month off soon to add a new character to the game.

Geek Insider: You have another game on Totaljerkface.com called Divine Intervention. What is the story behind that?

Jim Bonacci: Divine Intervention was a game I made directly after college. I had zero desire to program bank software or something equally boring, but still wasn’t completely sure what I wanted to do. I made the game as a portfolio piece over an eleven month period while working part time at a video store. Contrary to my parent’s predictions, I was able to get an internship in New York as a flash developer two weeks after its release (they are now much more supportive). As far as the game itself, you’re just a priest shooting possessed demon people with a gun. The idea came from me doodling this angry old man that became more and more priest-like. Inspiration from Dead Alive and a few other movies filled in his character and the extremely simple story. I’d love to make a sequel with what I know now of programming and physics, but I can only handle one project at a time.

Geek Insider: We’ve read about the development of your new game – Happy Wheels 2. What will be different about it?

Jim Bonacci: Happy Wheels 2 might not actually be the name of the sequel. The new game might have less emphasis on vehicles, so having “wheels” in the name seems a bit inappropriate. It will however definitely be the spiritual successor of Happy Wheels. What I’m currently trying to do is make the physics engine much more suitable for character animation. With the first game, you could eject from your vehicle, but you were then limited to a few odd poses and squirming on the ground. Now, you’ll be able to create your own character animations that will be completely interactive with the physics world. Because this will be a major part of the game play, it seems as if I’d be hiding it if all the characters started out in vehicles. Of course, people can do whatever they’d like. I’d just like to make a great 2-d sandbox. I’ve abandoned flash for C++ and OpenGL. This will allow me to make the game look and perform much, much better, as well as making it much easier to port to other platforms.

Geek Insider: Jason, When and how did you first get involved with Happy Wheels?

Jason Schymick: I actually took over the job Jim had when he quit to work on what would later become Happy Wheels. Through that transition he and I ate many burritos together and became friends. I then tested Happy Wheels each time Jim would post a demo. Eventually the game was live and generating enough revenue for Jim to hire an employee and I begged him to save me from working in an advertising office. I had Actionscript and Box2D experience and offered to work for a subsidized rate. He agreed.

Geek Insider: How difficult is it to port the game from Flash to iOS?

Jason Schymick: It has been very difficult. Putting aside things like developing touch controls and the physical limitations of mobile devices, simultaneously converting and updating the code as well as converting the assets from Flash has been a big undertaking. And like all other projects, a million other unexpected issues have come up.

Geek Insider: Considering the success of the game on desktop computers and the rise of mobile gaming, how popular do you see the iOS version becoming?

Jason Schymick: The mobile space looks rife with opportunity. However, there is a saturation of 2D racing games currently in the app store. Plus, the casual gaming community is becoming more and more used to using one finger to play games. That said, I think our game is unique enough to attract new fans in addition to those who migrate from the online game. In other words, I see it being very popular.

Geek Insider: What are your thoughts on the paid vs. free app models?

Jason Schymick: Consumables–items that can be bought and then used up–annoy me, specifically in-game currencies (be it coins, berries, donuts, etc.) which are required to achieve certain goals that can’t otherwise be done through game play. It obscures the actual cost of a game. It’s great for capitalism, but it often seems unfair. The freemium model doesn’t bother me when the cost to value ratio is very clear. And because of competition, many developers will over-deliver free content. To some extent, it balances out the effect of the money vampire apps.

We would like to thank Jim Bonacci and Jason Schymick for taking time out of their busy schedules to share with us about their past and current endeavors. We wish them luck with their iOS port and look forward to playing the Happy Wheels sequal when it arrives. To play Happy Wheels now, click here.