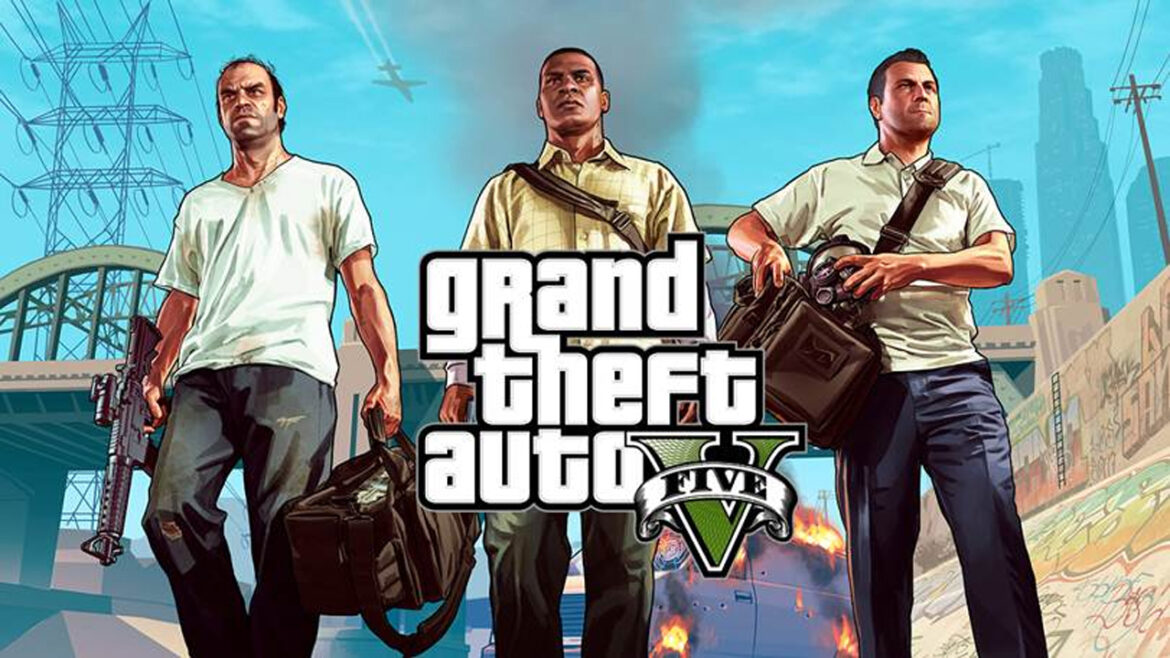 It’s difficult to know where to start with GTA V. As a reviewer, I want my opening gambit to not only capture my reader but to also summarize nicely whatever game I happen to be reviewing at the time. Nowadays, a popular method among game journalists is to describe, in vivid detail, a small nugget of game play in the first person, that they feel provides a good ‘feel’ for the game as a whole. Let’s be honest, we’ve all seen it done. I’ve done it myself, in fact. And, having quickly browsed a number of GTA V reviews already, this is what a significant portion of reviewers have chosen as their opening paragraph. And here I am, breaking down that fourth wall. (Or something like that anyway. I’m not a literature grad.)

I must admit such openings can be powerful. Especially in a free-roam sandbox like GTA V where small, unscripted moments of gold are regular occurrences. Why have I started like this, then? Well, I don’t think I would have been able to do GTA V justice. There is no single piece of game play that I can think of that would adequately encapsulate all that GTA V is. The sheer scope of this game is absurd and the amount of variation is something to behold. There are hundreds of little moments that would are deserving of attention – ranging from the highly scripted scenes of insane destruction to the small, quiet, random moments that are discovered through exploration. Trying to pick one is an impossible task. 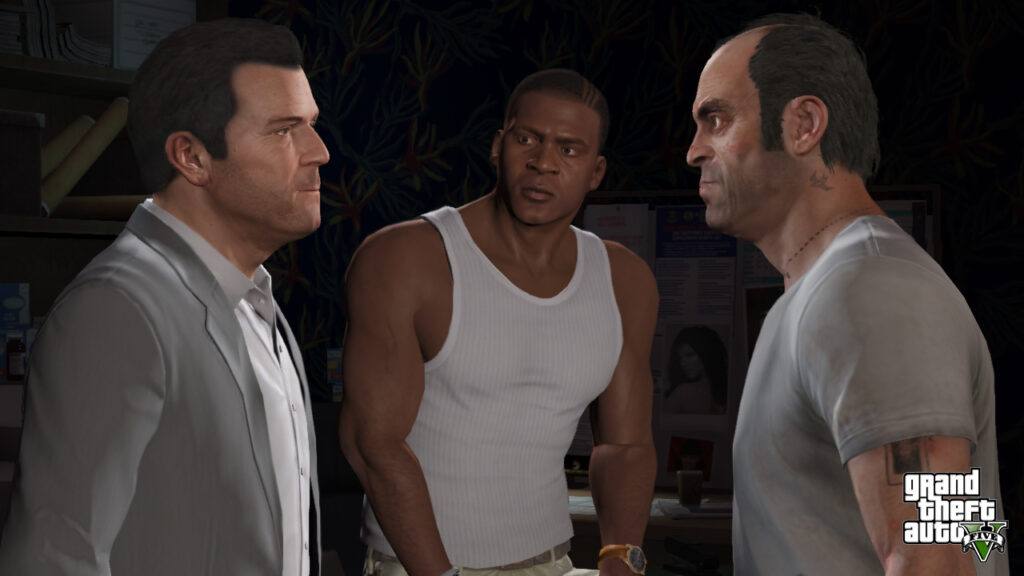 So, let’s ease ourselves into it and start at a familiar, but necessary, point. GTA V, as I’m sure you all know by now, puts players into the shoes of not one, but three playable characters: Franklin, the young street thug from Grove Street; Micheal, the retired career criminal now living the easy life in a big house with a pool; and Trevor, Micheal’s former partner, whose a bit of a psychopath. As I oh-so-brilliantly predicted earlier, having three characters is a revelation for GTA. It allows the player to traverse the huge map far more easily and adds much needed complexity to the narrative. It gives the player an overarching knowledge of the action while limiting what the characters themselves know – adding some tension to the drama. The ability to switch between characters on the fly allows the player to remain in the thick of the action at all times. Switching between characters during off missions is handled brilliantly, too. The camera zooms out, satellite style, flies across the map and then zooms back in again on which ever character you selected. It also gives us some insight into the characters’ lives and gives us a sense of them having lives beyond that of what we control. So you might come across Franklin arguing with his ex-girlfriend, Michael playing golf, or Trevor waking up naked with 20 odd dead bodies around him.

As a consequence, these characters feel much more fleshed out than previously seen in GTA titles. None of them are particularly nice people but both Michael and Franklin have redeemable features. Or at least human features. They are both good, well thought out, interesting characters. Trevor on the other hand … Trevor’s actions are so incredibly, horrifically, although sometimes comically, brutal, I actually found it difficult at times to play as him. There is one mission in particular I found difficult to play, although you’ll get no spoilers here. All in all, the three characters give the game a narrative that is more similar to big budget films than games.  That they are such strong characters, however, meant that I was reluctant to change their appearance too much with new hair styles and tattoos. They are not blank slates with which you are able to mold as you want. They have their own lives, they own mannerisms and their own motivations. That said, I’m sure this wont be a problem with online characters when they become available in a couple of weeks time.

GTA V is predominantly set in the city of Los Santos – Rockstar’s exaggerated version of Los Angeles. Los Santos, however, is a relatively small part of GTA V’s map which encompasses the whole of the surrounding area of San Andreas. This includes lakes, mountain ranges, and deserts. The sheer size of the game map is an incredible feat of technical skill and it pushes the aging hardware right to its limits. But it’s not just large and empty. It’s incredibly, unbelievably detailed too and as a consequence feels much more ‘alive’ than any game I have previously played.Witnessing a police chase through the middle of down town Los Santos that has nothing to do with you, for example, or watching hikers set up camp on the ridge of a mountain.

Small details like this create a believable world that is worth exploring and experiencing. Of course, this does present some problems on the hold hardware. Even though there are not many, loading times are grueling – the game even takes a few seconds the load the start menu. There is some texture pop in and frame rate issues which seems to increase the longer you play but this can be solved by clearing your cache. (On the 360 go to system options, then select memory device and hit ‘device options.’ You should be able to clear the 360’s cache there.) 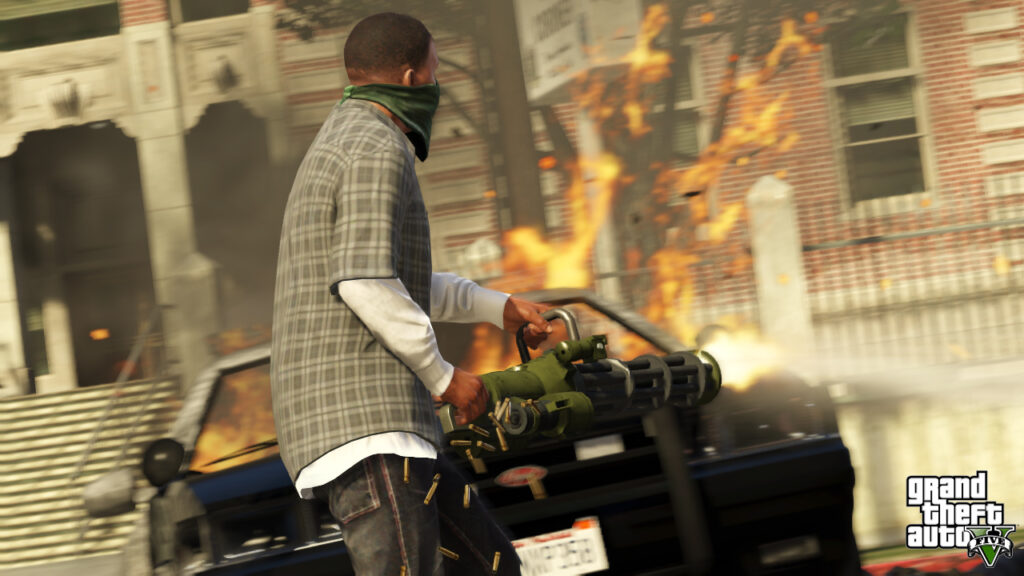 The core of GTA V, however, are the heists. These are major crimes with major rewards. An early mission, for example, sees you and your crew rob an up-market jewellery store. There is a real sense of satisfaction to these heists as you choose exactly how you want to do it. First, you have to get the needed equipment – a case of high powered weapons, or the getaway car, for example. You then choose your crew based on how you’ve set up the heist. More experienced crew members demand a higher cut than less experienced members but make things run more smoothly. So, for example, if you plan on making a stealthy entrance but a quick getaway, you might spend less on muscle but more on the getaway driver. There is a real sense of tension as you ransack vaults before setting off alarms and and huge feeling of satisfaction from completing a big heist. The more you use crew members, the better they get, too, so trying to protect your valuable assets adds another dimension to the game play.

Once you have divided up the money, you can go and spend it. And here, the sky really is the limit. You can buy and upgrade cars, spend it on expensive suits or hairstyles, buy stocks and shares, (and risk losing it all) or purchase real estate. There are dozens of buildings to buy in the game ranging from garages to air fields. Many of them come with missions attached to increase revenue. So for example, you can purchase an air field as Trevor and then earn money buy running arms shipments. 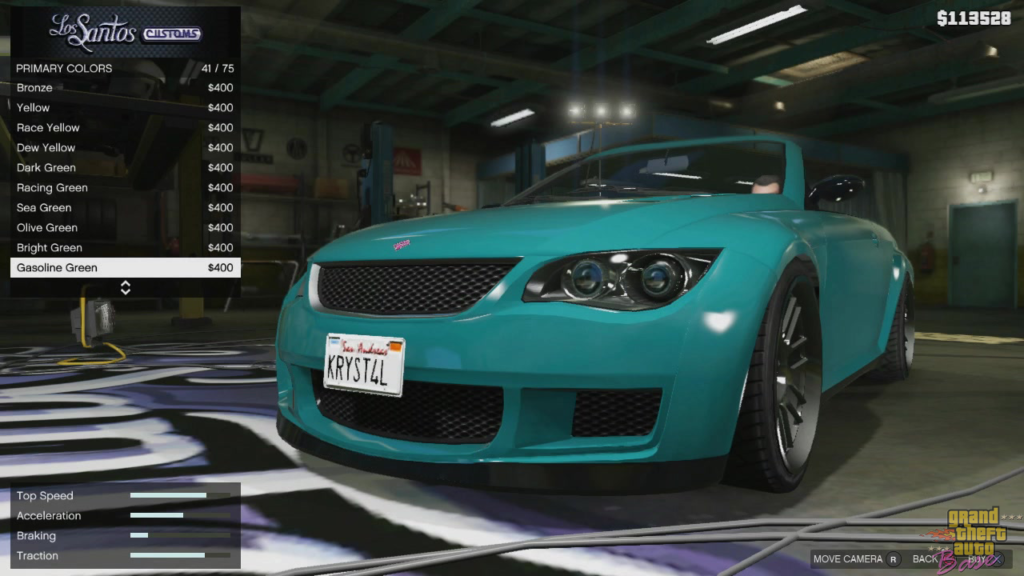 GTA V has improved in almost every way from its predecessor. The targeting system is responsive and slick and the cover system works well (finally). Car handling too, has been improved and it now no longer feels like you are driving on wet leaves the whole time. It’s a real joy to jump in your super car and race off on the free-way, dodging in and our of traffic as your radio plays one amazing song after the other. It’s a good thing, too, as you do a lot of driving in GTA. I guess the clue’s kinda in the name.

GTA V is more than all this, however. In its over-the-top depiction of California, Rockstar have created a parody of modern day America and ridicules much of Western material/celebrity culture. Rockstar aren’t afraid at having a pop at some of their fan base either. One supporting character does nothing but play an online shooter all day screaming expletives into his headset. I think we all know what people they’re talking about here. Everything from Facebook to Scientology is at risk of attack here. Rockstar mocks everything. It’s certainly something you don’t have to pay attention to, but some of GTA V’s greatest comic writing is present in its brilliant radio stations. Well worth a listen as you cruise through town. 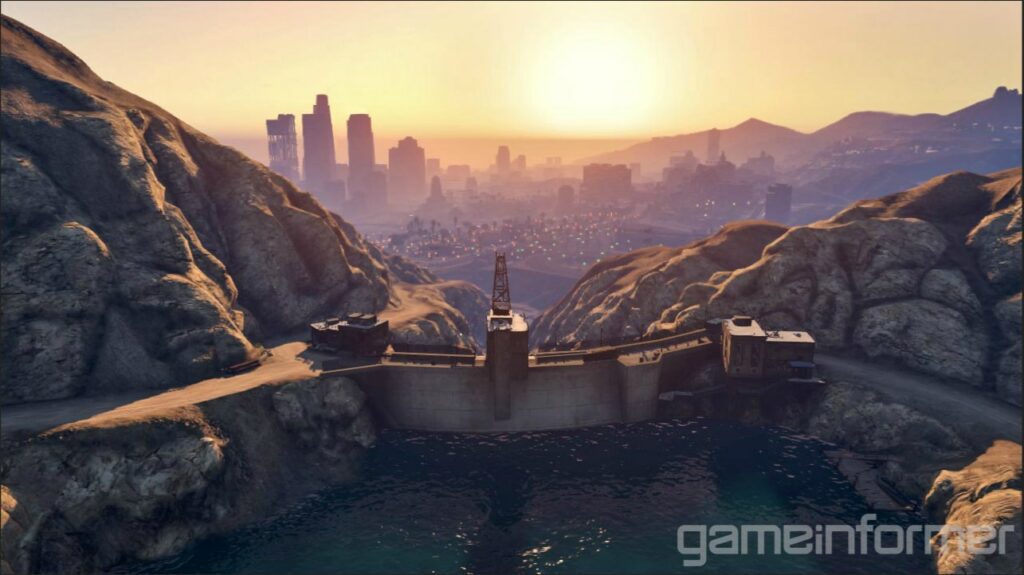 Overall GTA V is a truly impressive game. Stunning visuals, beautiful world design and stunning attention to detail creates a world that players want to explore and are rewarded for doing so. The driving and shooting mechanics are hugely improved on anything we’ve seen from GTA and the game play culminates in a series of satisfying and tense heists. There is just so much of this game to play. Even after 20 hours of game play, I feel I’ve barely scratched the surface. It’s a hugely ambitious piece and, for that alone, Rockstar deserve praise. One aspect I haven’t addressed here is levels of violence present in the game. Needless to say it’s rated mature and young children shouldn’t be allowed to play it – in the same way that they shouldn’t be allowed to watch violent films. The controversy surrounding the game cannot be entirely ignored, however, and I will write up at article on the subject in the coming days. Be sure to check back here if you care to hear my thoughts!

– Heists are fun and satisfying

– A huge amount to see and do

– Some technical issues such as texture pop in and frame rate.

BBM Coming to Android and iOS on September 19