Comic Review: Ghosted #6 Winters Is Back 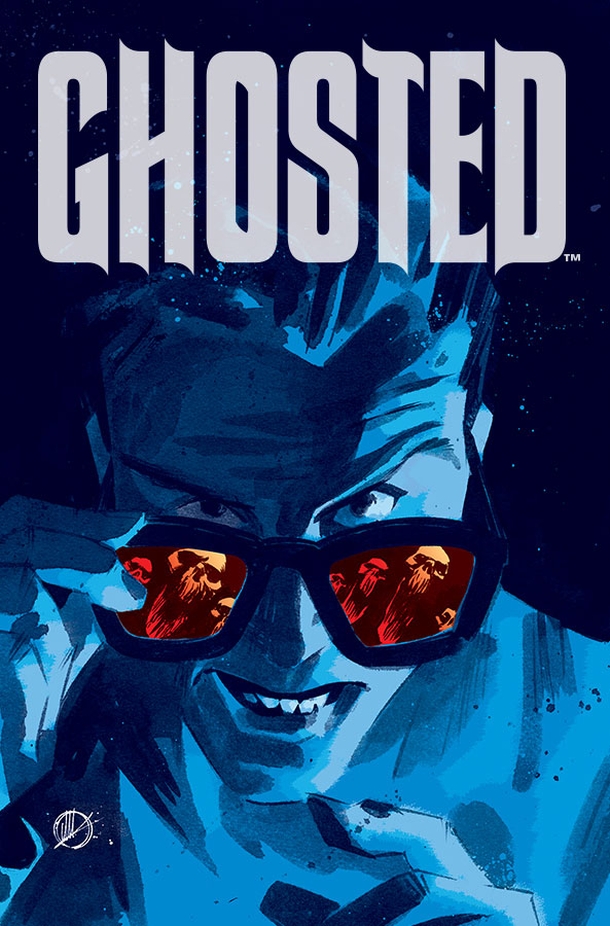 If you didn’t pick up the first five issues of Ghosted, then you’re a fool. A damn fool, I say! But a lucky fool because even if you can only lay your hands on Issue 6, you’re still going to be in with one hell of a ride. Without needing to know massive amounts of the story so far.  In fact, even if you’ve never even heard of the Trask mansion, you can pick up Issue 6 and jump straight into the fun.

Ghosted Issue 6:  Out Of The Mansion, Still In Huge Trouble

Jackson Winters, our cat with more than 9 lives, is back (of course, that’s the whole point!) and even more people, living and dead, want to see him ghosted (see what I did there?). It’s still not a series for the kiddies. The language and violence is as full on in this issue, as in say, Issue 1. But this is the same Ghosted that got us hooked all those months ago, with a few changes.

Okay, one kind of huge change….An entire person’s worth of change in fact….

Still Davide Gianfelice is doing a very good job. The artwork is in the same vein as Goran Sudzuka’s but it has a slightly more cartoonish feel to it. If you enjoy the artwork of Batman: Brave And The Bold, then you shouldn’t have too many problems with the change in style in Issue 6. The important thing is, that the overall feel of the comic has stayed the same. If Issues 1-5 were ‘Archer’ style, 6 onwards (while Gianfelice is at the helm) is more like ‘Dick Tracy’ and I can dig that.

The important thing is that while the artwork is different Gianfelice has still managed to capture the menacing feeling of the story. I think for a first issue, coming into a story that was so well told by all involved, this artwork is pretty good.

Of course, it probably helps that Joshua Williamson is still weaving whatever dark and twisted ideas he has, into the story line.

If you’re just picking up Issue 6, or you’ve been with the Ghosted series from the beginning, Joshua Williamson does a fantastic job of letting you know why Jackson Winters is such a tortured soul (without dedicating the entire Issue to it). He also reminds us of why Winters’ soul deserves to be tortured because the guy is kind of a jerk.

If you’re going to facilitate the deaths of people in terrible ways, then you’re going to make enemies. Without spoiling anything, for anyone who hasn’t read Issue 6 yet, just remember that Ghosted is, at it’s cold and no longer beating heart, a ghost story. What is dead, may never die…. And it’s just good manners to not be rude to people who you’ve helped kill.

Even though Winters is a jerk, I like him. I hope that readers just picking up the series will like him too. But even if you don’t like him, which is understandable, the fact that the whole series seems focused on bad things happening to him should be enough to keep reading.

Anything following the adventures in the Trask mansion was going to have it’s work cut out for it. Issue 6 isn’t packed storyline, but it’s enough to give you a taste of what’s to come.
It’s a solid Issue, but I expect more from Ghosted (and expect we’ll see it) as the series progresses.

Review: Hearthstone (iOS) – Is the Hearth as Much Fun on iPad?

3 Shows That Could Be the Next ‘Game of Thrones’