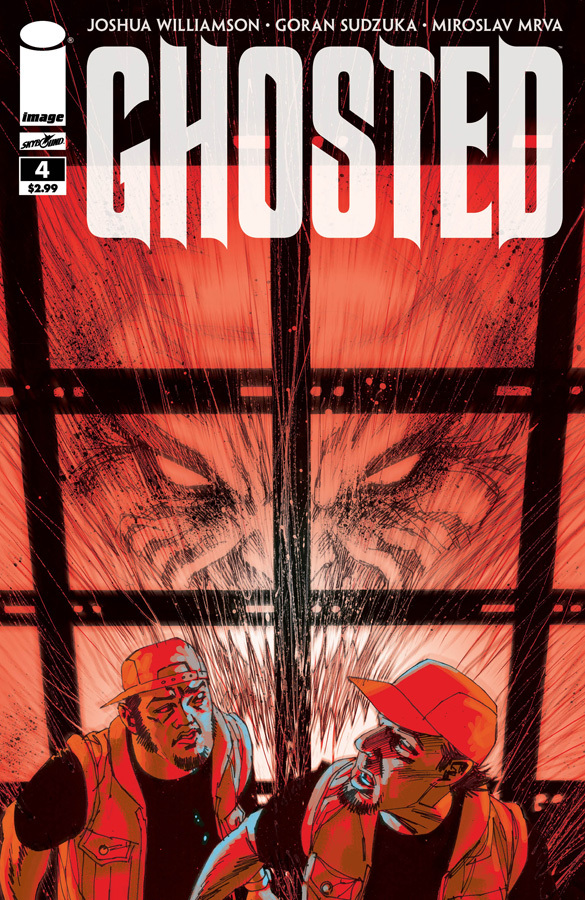 You know how Shakespeare counted the ways a dude loved a lady in a sonnet? Well, there’s not enough time to count all the ways in which the Ghosted series continues to be awesome. Also, I don’t do poetry.

This series is the ultimate hanger of cliffs. It’s like a roller coaster ride on a ghost train.

Let’s just start with the front cover. That’s how I felt for most of this issue. Like some creepy dude was looking in the window. I was halfway through the issue when someone called and I nearly hid under my lounge.

The storyline is just getting better with each issue. I want to TELL you what went on, but seriously, you deserve the enjoyment of reading it yourself. Joshua Williamson may not be Shakespeare, but dude can write a comic book. The plot twists and the voices of the characters are so perfectly crafted.

The comedy in this series is growing ever more impressive as well. If Joss Whedon taught us all anything, it’s that comedy is important in the darkest moments of a story. Humor in the right places gives you a chance to catch your breath before going face first back into the action. Williamson is putting this technique to good use, though that’s not to say he’s borrowing from Whedon. No, the way this story is coming together just feels unique. The way he’s leading the reader through the experience gives it an absolute razor sharp edge.

I have no idea how they chose to do the opening few panels the way they did, but it was genius. Give that person a genius medal and the top hat that goes with it!

You would expect a series that began so strongly, to have started to wither on the vine by now. At least, I would because you should always expect the worst. You know what happens to people who expect the best? They find themselves unprepared for zombies and their faces become lunch. That’s what happens to those people.

But this team is just working so well with one another. I hope they like each other because they’re officially now the Rolling Stones/Beatles/Amon Amarth of the comic book world. I seriously think they’re setting a new standard with each issue that is going to take them to dizzying heights. They can never break up and if they do, they have to promise to do reunion tours every 3 weeks. (As I type this, I prepare for Image to announce they’re not going to make any more Ghosted because that’s just my luck).

You don’t need to be a psychic in a house full of ghosts to know that the next issue will reveal something big (we hope!). So no perfect score this week….Maybe next week.

10 Things Every Geek Should Know