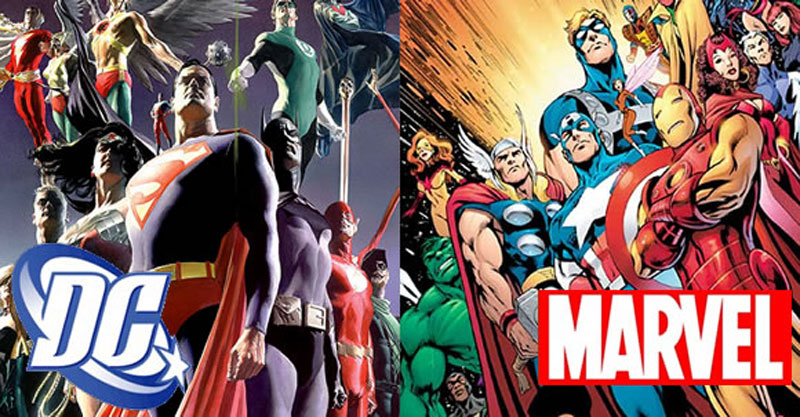 Movies based on comic books have been hitting theaters since the ‘90s, but not quite as relentlessly as those in the last decade or so. It’s only August and five—that’s right five!—comic-based blockbusters have hit the silver screen somewhere near you, and there are only sure to be more. For publishers, movies allow them to reach new, often uncharted audiences. That’s great from a sales perspective, but for the newcomer it can be intimidating to try to navigate the world of comic books—trust me, I’ve been there, so here’s a beginner’s guide to comic books—that I wish I’d had—to get you reading like a pro.

A Brief History of Comics

The history of comic books is generally broken into four periods: Golden Age (1938-1956), Silver Age (1956-1970s), Bronze Age (1970-1980s), and Modern Age (mid-1980s-present day). The Modern Age is sometimes also referred to as the “Dark Age” because of the darker elements and more psychologically complex characters, think The Watchmen or Dark Knight series.

Back in 1938, Action Comics—now DC Comics—released its first issue that introduced Superman. This threw comic books into popularity. Throughout most of the Golden Age, Action Comics and Timely Comics—now Marvel—superheroes like Superman and The Flash dominated the market until WWII. At this point, Dell Comics began publishing nonfiction, non-superhero comic books featuring socially relevant content and what are now famous Walt Disney characters, like Donald Duck.

After WWII, a new era of comics began. Publishers had added new genres that performed better than traditional superhero titles—such as horror, crime, and westerns—to the line-up, but in 1954 the Comics Code Authority (CCA) was put in place to regulate content which resulted in some genres, namely horror and crime, being phased out. Throughout the Silver Age, you’ll find covers with a “CCA Approved” label to indicate that content is safe for readers of all ages. Without horror and crime in the line-up, superhero comics were reintroduced when DC issued the new version of The Flash in 1956. Marvel followed suit when they introduced the Fantastic Four in 1961.

All of the heroes we’re familiar with today remained popular into the Bronze and Modern Ages. There are some notable differences in Bronze Age comics, which carried into the comic books we see today. During the Bronze Age, socially relevant topics, much like those produced by Dell during WWII, start to reemerge along with darker plots. Finally, in the Modern Age the CCA is fully defunct and Marvel revives horror, sci-fi/fantasy, and crime genres throughout the period. There was also a rise in the anti-hero with characters like Wolverine, Daredevil, The Dark Knight, and Watchmen.

And who can forget about the X-Men? By the mid- to late-90s the X-Men were the biggest comic book franchise to ever hit the market. Everything from action figures, cartoons, and video games were, and still are, available to fans. Both Marvel and DC extended popular titles into franchises which allowed for redesign, or “reboots.”

Every 5-10 years, publishers give titles a makeover. It could be anything from completely overhauling the world, or simply editing minor details. This trend for redesign lends itself well to Hollywood and the newcomer. Typically, reboots include retelling histories and origin stories, so readers and viewers learn about the world as they go without any confusion.

But what if superheroes aren’t your thing? That’s okay!

The Basics of Comic Books

A guide to comic books would be moot without a breakdown of other genres and publishers you can seek out to fulfill your curious desires. You’ll find that the world of comics is full of superheroes, Marvel and DC fans. Some seasoned readers are strictly fans of the Marvel universe or the DC universe, but not both. That’s not to say that you can’t enjoy both equally, or not at all. You certainly can! Or you could stray entirely, it’s all up to you.

It’s All About Superheroes
Well, yes and no. Superheroes are a big deal in comic book culture, but there are plenty of other genres! I’ve listed what I think are the broadest genres—many could include others that I consider sub-genres and some are skipped altogether, such as LGBTQ, history, and western. There are just too many to try to list in one guide to comic books, so suffice it to say: If there’s something you love, there is probably a comic book about it.

#1, Superheroes: Like it or not, they’re a mainstay of the industry. The majority of film adaptations that have done well at the box office include Iron Man, Thor, and X-Men (Marvel), and Man of Steel and The Dark Knight (DC).

#2, Graphic Novels: Graphic novels, sometimes considered a format rather than genre, are like comic books in the sense that they use art to tell a story. However, they’re usually longer than your standard comic and the stories stand alone, instead of being one in a series of many. Vertigo, an imprint of DC, has had success with film adaptations of it’s titles V for Vendetta, A History of Violence, and The Fountain. 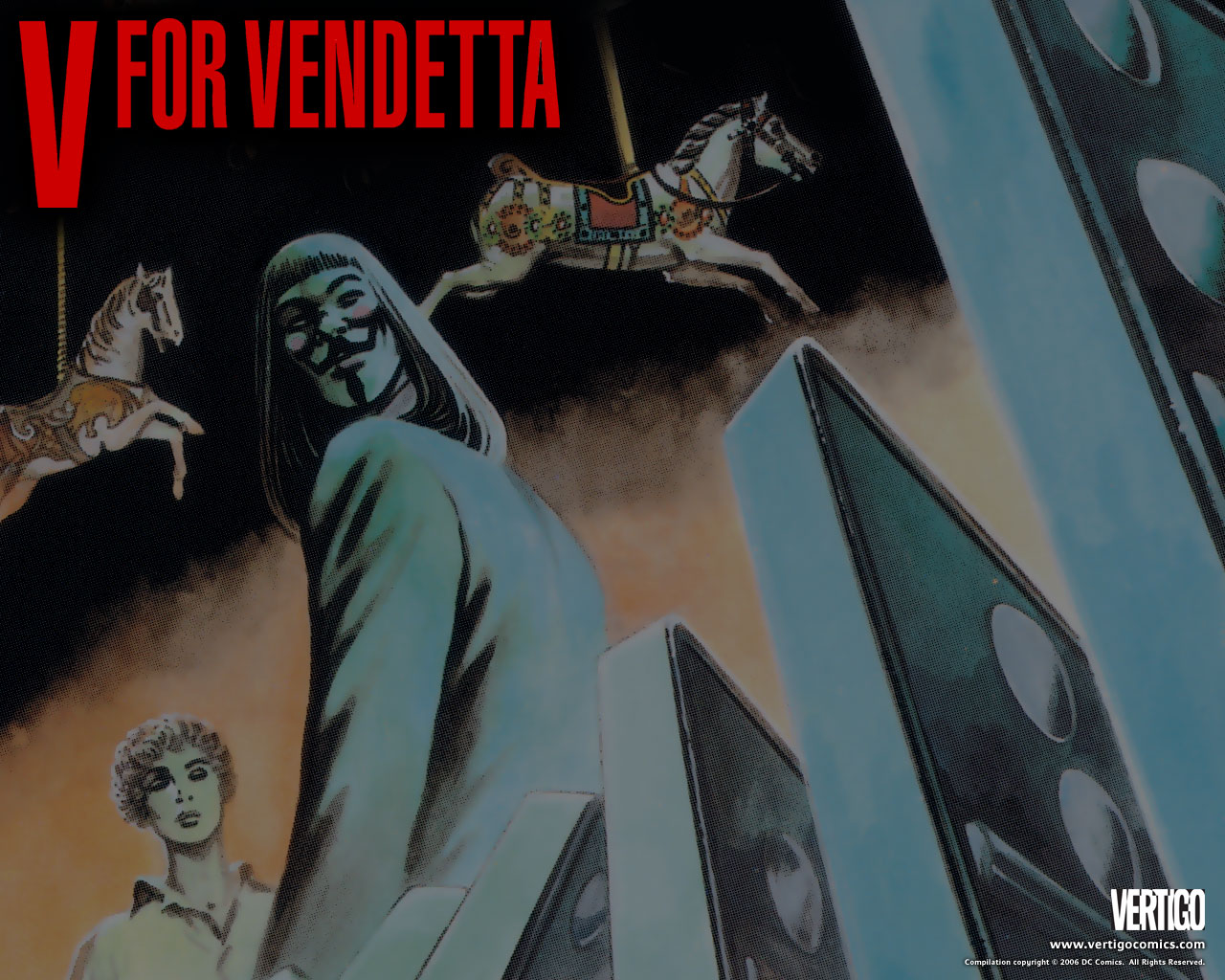 #3, Horror: This genre could include anything from ghosts and zombies to vampires and werewolves to gore. Some well-known horror movies based on comics include Friday the 13th, Halloween, Blade, and Hellboy, in addition to the classic horror comic, “Tales from the Crypt,” that ran as a TV series throughout the ’90s.

#4, Sci-Fi/Fantasy: Science fiction and fantasy are, in reality, two separate genres, but I’ve put them together based on the ‘make-believe’ quality both have. While sci-fi focuses on advanced technologies and is typically set in the future, fantasy relies on the world of magic, mythology, and the supernatural. However, these two worlds can intermingle, as is demonstrated by Neil Gaiman’s impeccable work in Coraline, The Sandman, as well as his science fiction novels.

Are DC and Marvel the Only Options?
It’s clear that Marvel and DC, the “Big 2,” have a nice market share in place, but they’re not the only ones putting out new comic books. Not by a long shot. NewsOK reported that the top ten 10 comic publishers for 2013 also included Image Comics and Dark Horse Comics. As recently as June, Diamond Comics Distributors had these four publishers still leading the market! Keep in mind, Marvel and DC don’t just print superhero comics, they have a lot more to offer than what Hollywood execs find marketable as a movie franchise.

Extras, Read All About It: Where to Find Comics, Formats and Pricing

You don’t just want to know about comic books, you want to hold them and love them. Well, then this is the part of the guide to comic books you’ve been anxiously awaiting.

If you’re lucky enough to have a comic book shop, that’d be a great place to start looking. The staff will be knowledgeable and glad to help you find what you’re looking for. As long as you can provide some guidance by sharing what types of movies and normal books you enjoy, they will be able to make decent recommendations. If you’re without a comic book store, like many in small-town America, common entertainment retailers like Hastings and Amazon also have a large selection of comic books to choose from.

Another option is electronic versions, usually offered by the publishers themselves or through could-based platforms like Comixology, which offers desktop and mobile access. Personally, I’ve never purchased a physical comic in my life. With digital versions, once I purchase my comic I can then download it to as many devices as I want (without additional charges) allowing me to have access whether I’m at home, at work, or on the bus.

Maybe you’re not sure comic books are really for you, but you loved Guardians of the Galaxy when you saw it last weekend. Ease your way into it by going to your local library to check out the selection of comic books and graphic novels they have available. Much like comic book shop employees, library staff will be able to help you make a selection based on your tastes. A benefit of using the library is that you won’t feel like you lost anything if you hate it, simply return it and never check out anything from that series again!

Serial comics come out either weekly or monthly as individual issues, and usually range anywhere from $3-$8 at retailers. If you don’t have a weekly or monthly budget to allot to your new addiction—er, hobby—and have the patience to wait, investing in trade paperbacks (TPBs) might be a better route. These are just a collection of single issues reprinted and bound in a book format—much like graphic novels—which may seem more expensive but in the long haul you wind up saving some money and shelf space—plus they’re more durable.

Although the comic book world used to be quite insular, thanks to Hollywood’s renditions of Spider-Man, Superman, Batman and more, plus TV shows like The Big Bang Theory, geek culture is the mainstream again. Don’t let the fanatics deter you, comics are a great source of entertainment and cover such a wide array of topics there’s sure to be something to please everyone. Take your time. Find the series, artist, writer, or publisher that appeal to you. Once you find it, never let it go!

Ashley is an all-around book nerd, but when her nose isn't in a book, you're likely to find her binge watching any number of shows on Netflix, scrolling through tumblr, or just hanging out. She's an aspiring poet and writer who's just trying to "live the dream." Any time not spent on the couch usually involves doing something outdoorsy with her boyfriend. She really appreciates treats, a good sense of humor, and cats.