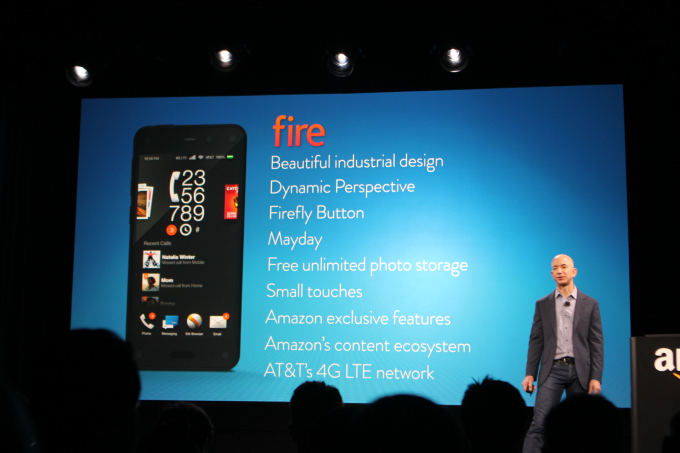 Before I talk about Amazon’s recent venture into the mobile phone industry, I’d like to be the first to announce Geek Insider’s new product, the Geek Phone.  It looks like an iPhone and works like an iPhone because no one can come up with a better design than rectangle.  It will have weird Geek Insider versions of all the necessary apps, but don’t worry, you can still download the apps you use already.  In fact, the only real difference is that the Geek Phone’s “Siri” is named Craig and inexplicably knows all the lines from Star Wars.

I apologize for the bitter, sarcastic intro, but it seems that the go-to business model for the tech industry seems to be to copy what works and put on a flashy press conference to talk about the minor differences between the product and its competition.   Such was the case with Amazon’s press conference yesterday announcing the Amazon Fire Phone.  Like Android did for Google, the Fire Phone aims to link the many services offered by Amazon through one device.  Whether it succeeds in this is up to you.  First, let’s take a look at the physical device.

The Fire is the standard black rectangle with a 4.7” screen. The specs are closest to the most recent Google Nexus model with a 2.2 GHz quad-core processor and 2 GB of RAM.  The rear-facing camera is 13 MP with an f/2.0 5-element wide aperture.  It’s nothing to sneeze at, but it’s also not blowing the competition away.  The Fire also has a brighter screen much like that of the Kindle Fire for reading outdoors.  The headphones are tangle-free with flat cords, magnetic ear buds, volume control, and a microphone.  The most unique feature is the four infrared, front-facing cameras.  The purpose of these is the first of the Amazon Fire Phone’s four major selling points.

Much of the Fire Phone’s UI centers around the fact that the four front facing cameras are constantly detecting your face and the angle at which you are viewing the screen.  This allows the system to create a three-dimensional interface that changes its perspective as you move your head.  It’s less of a 3DS, headache-inducer and more of an Oculus Rift/Kinect interactive image.  A graphics processor that renders 60 3D FPS helps the illusion, creating a fluid image with depth.

This system was shown to be useful in game development as well as interface development.  The maps can show a real model of the city that moves with you and games can utilize the depth for added gameplay or dynamic visuals.  The SDK is already on the market for creative developers to use the technology.  The reason why it needs four and not just two cameras is almost comical, though.  The device basically accepts that your dad will always have at least one thumb over the lens, so the system uses the two best cameras available.  In fact, a great deal of the features the Fire offers seem to have older customers in mind.

Making a return from its introduction on Kindle, Mayday provides consumers with instant access to an interactive help line with video communication.  The press conference humorously introduced this feature with a video of smart phone users failing to access simple settings options.  With Mayday, your dad doesn’t need to call you asking how to change his ringtone.  Instead he can call tech support using Wi-Fi or 4G LTE Internet to connect with a knowledgeable representative in an average of 15 seconds.  As one of the more technologically challenged of my age group, I can appreciate the instantaneous response, although it seems odd to cater the device to an older generation.

Much like Amazon itself, the Fire does its best to encourage you to buy things.  Of course it does this in the conventional way by suggesting things you might like to buy using the ASAP algorithm.  However, Fire Phone provides a new way to make you buy things you don’t need in the form of Firefly.  This feature uses its advanced camera and identification software to decipher and identify text, images, video, and sound in order to determine what a product is and where you can buy it.  In layman’s terms, Amazon has invented a thing that tells you what the things are so you can buy them.

For example, you can indentify a song by hearing it on the radio or by photographing a CD and open it up in the music shop.  You can also locate a video down to the scene and immediately start playing it with Amazon instant play.  It can also grab information to create contacts using numbers it sees.  The possibilities are endless with over 70 million objects it can identify.

This is a huge focal point of the product, so if you don’t want to order online things you see in real life, this might not be the product for you.  Still, the SDK kit is available for this service as well, meaning a ton of exclusive apps that utilize the ability to recognize everything on Earth.

Once again, the main focus of these smart phones is to connect all of the various devices through a simple interface.  In that regard, the Fire Phone does not disappoint.  For those with Amazon TVs, the Fire has the Second Screen feature, allowing you to quickly project videos from your phone onto the big screen.  It also has the X-Ray feature, which gives details on whatever media you are enjoying.  For movies, it has actors and directors, while for songs it gives lyrics.  The phone is as much a remote for your Amazon media as it is a media player.

For reading, the interface has portability in mind.  It includes Whispersync, to allow users to switch seamlessly between reading and audio books.  You can also program a constant scroll speed that you can stop with a touch or speed up with a tilt.  The UI for Amazon connectivity was probably the strongest part of the press conference because it didn’t feel like something for profit or for the technologically impaired. 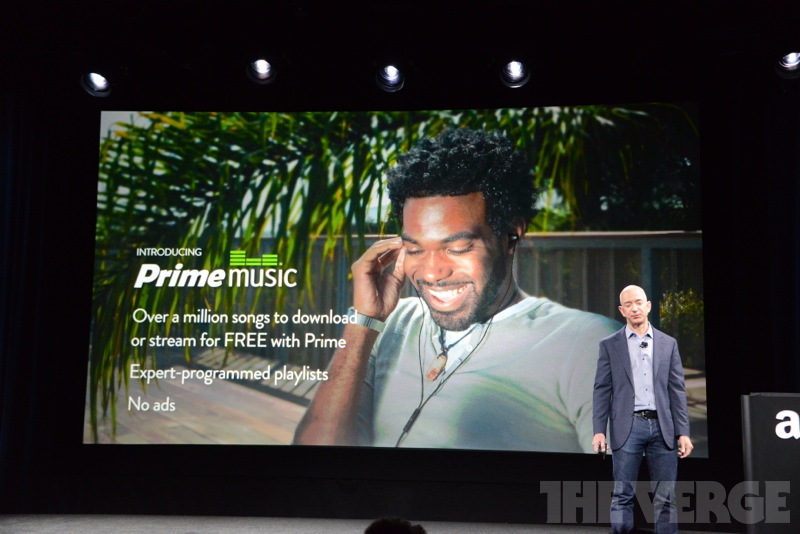 The Amazon Fire Phone is available for pre-order now for release on July 25.  The base price for the 32 GB model is $199 or $27 a month with the AT&T Next plan.  It’s only available with AT&T.  It also comes with a year of Amazon Prime, which normally costs $99 a year.

Even though the design seems awkwardly aimed at an older generation that doesn’t care about smart phones, the Amazon Fire Phone hits all the right notes of familiar, yet new.  From its inter-platform connectivity to its product recognition to its help service to its attractive 3D UI, the Fire is certainly competition for the dozen other rectangular hunks of plastic we call smart phones. 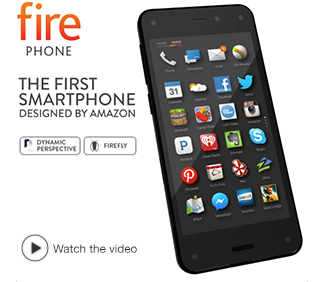