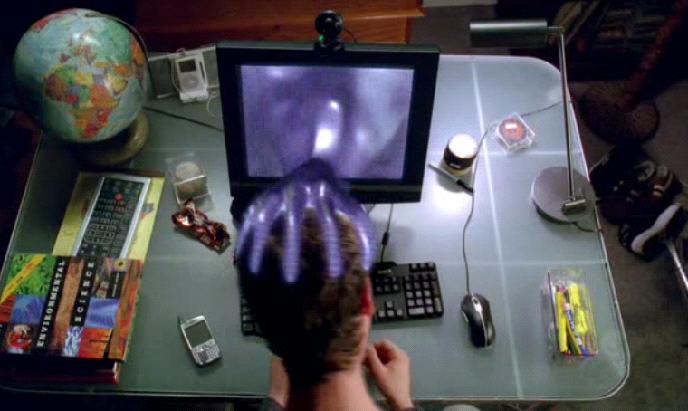 I knew there was a problem when my computer had been frozen on the startup screen for five minutes. Five hours, a consultation with a friend who does managed IT services in Atlanta, and ten reboots later, I knew it was a life-threatening one. For my computer, sure, but most of all for me. What does one do with oneself when one’s friend, coworker, and confidant contracts a fatal illness? Fix it, in my case, but some viruses are so deadly that no amount of resetting, rebooting, and reinstalling can cure the unfortunate host, and the only option is quarantine and containment. Here are some of the computer viruses that have wreaked the most havoc and broken the most hearts.

Considered the first worm, a virus which spreads from computer to computer without human intervention, Morris was created by a student at Cornell University and spread to 10 percent of all computers connected to the fledgling Internet. The creator is now a professor at the Massachusetts Institute of Technology, so it seems like he turned out fine. That’s right kids; apparently the road to success is littered with dead computers.

Melissa was a very ambitious email virus that got her name from a Floridian stripper. After one person was dumb enough to click an email link that said something along the lines of “look this super awesome secret document”, Melissa would use that person’s curiosity and contacts to send links to fifty of their unlucky friends. As you can imagine, the virus spread like fire in a bleach-blonde’s fried hair.

The recurring theme with computer viruses seems to be exploiting human weakness in order to spread, and ILOVEYOU was no exception. A person would receive an email attachment that was supposedly a love letter from a secret admirer and, after doing a happy dance, they would open it. Unfortunately the love letter was actually a file that unleashed an extremely destructive virus into the computer and sent itself to everyone on the person’s contact list. I hope the temporary self-esteem boost was worth the damage.

Klez took the highly effective strategies debuted in Melissa and ILOVEYOU and made them all the more ingenious (if it sounds like I admire the creators of these viruses, I kinda do). After someone clicked the email link, it sent more links to all of their contacts, but replaced the name that appeared in the ‘From’ section to any other name from the list. The recipients wouldn’t know which sender to be wary of, and would be more likely to click the link.

Code Red and Code Red II were nasty worms that exploited an operating system weakness rather than a human kind. They infected and re-infected hundreds of thousands of computers, including the White House’s, causing overloads and preventing computers from responding to user commands. The message “Hacked By Chinese” would appear on infected websites, and the phrase become synonymous with online defeat.

Nimda
2001
Continuing the trend of bigger and not necessarily better, Nimda surpassed Code Red in terms of reach and damage, dramatically slowing Internet traffic after infecting PCs. This worm was wilier than its predecessors, using not one but five methods of distribution, becoming the most widespread worm on the Internet in a mere 22 minutes, and costing billions in damages. The virus’s creator was never caught, and is probably relaxing on a beach somewhere laughing at us.

SQL Slammer beat even Nimda’s record, infecting nearly 75,000 computers in under 10 minutes, collapsing routers like dominoes, and seriously endangering the entire house of cards that was the Internet. ATMs crashed, flights had to be cancelled, 911 centers went offline, and general mayhem ensued, proving that all aspects of life had become inextricably entwined with the Internet.

The author of an extremely fast-spreading email virus ominously entitled MyDoom weirdly wrote an apology into the text of the virus, saying that he was “just doing [his] job, nothing personal, sorry”. He had much to be sorry for, because MyDoom caused a lot of problems for a lot of people. Spread via email and peer-to-peer file sharing sites, the virus was creating permanent backdoors in operating systems and crashing search engines moths later. Even today, variations of the virus occasionally pop up all over the world.

Next time sometime complains about the lazy, good-for-nothing, dim-witted youth of today, tell them about the computer worm created by a 17-year-old German kid that crippled banks, universities, satellites, and various other agencies for hours. Sasser spread through network ports without any human interference, taking advantage of lax security updates. Sure, it’s not an achievement to be particularly proud of, but creating it was definitely an achievement.

Cryptolocker is a Trojan with a purpose. After a person unwittingly unlocks a .zip file, the virus encrypts files on their computer and demands a ransom of around $300 in return for unlocking them. It’s so creative and elegant that I can’t help but be in awe of it’s authors. While less than half of the people actually pay, the creators had “earned” over $27 million in only a few months, creating an very nice early retirement fund.

I guess the moral of this story is to always make sure your security is up-to-date, because the world wide web is filled with just as many parasites as the real world.