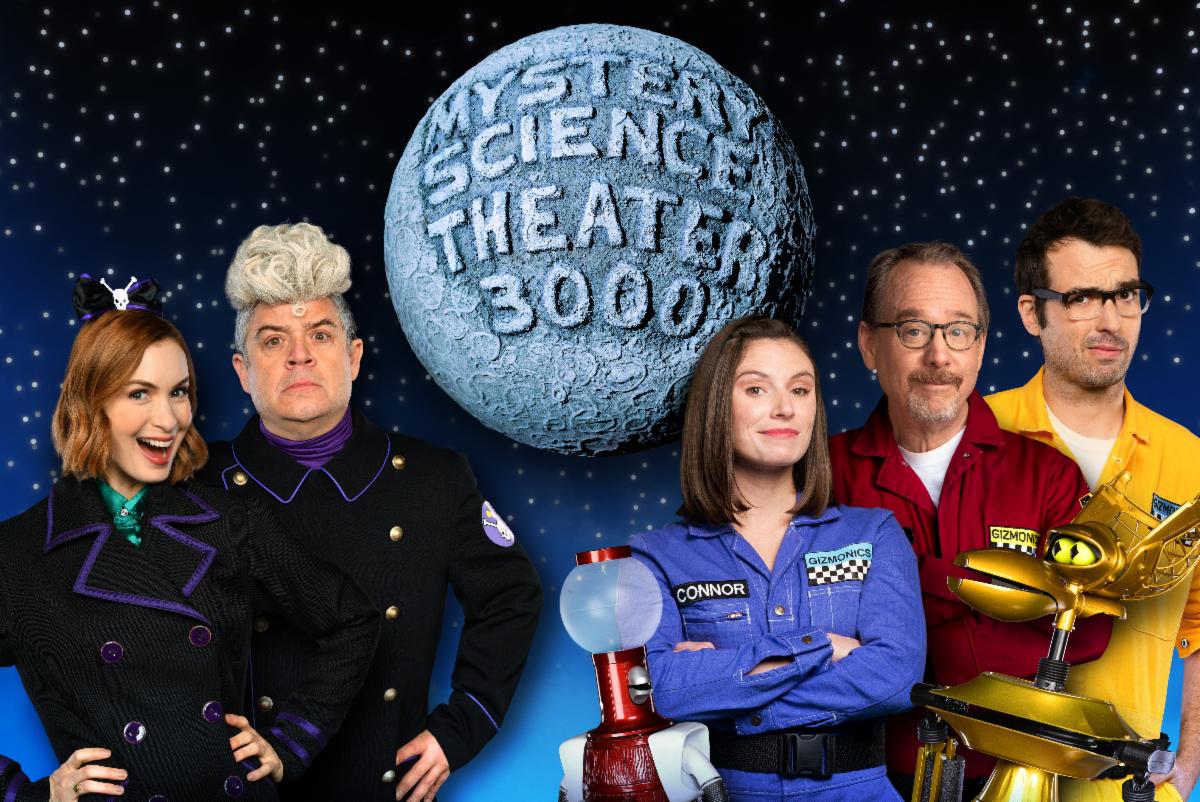 e’ve got movie sign … again! This spring, the critically acclaimed television seriesMystery Science Theater 3000 returns for a brand-new season of movie riffing. And this time, – thanks to a second record-breaking Kickstarter campaign – MST3K has gone fully indie and will be releasing episodes directly to the fans, without a network.

Will they finish the season with their sanity intact?

To find out, fans can head to the Gizmoplex, MST3K‘s new indie streaming platform, where they can watch new and classic MST3K through a new website, new OTT apps, and a new virtual theater inspired by ’90s-era point-and-click adventure games.

The Gizmoplex will be the only place to see new episodes of MST3K, and will kick off with a weekend of premiere screenings: Santo in The Treasure of Dracula (May 6), Robot Wars (May 7), and Beyond Atlantis (May 8). After that, the Gizmoplex will release brand-new MST3K content every two weeks, including new episodes and shorts, as well as livestream premieres and special events to make the new season a shared community experience – kind of like television used to be!

Plus, to celebrate the launch of the Gizmoplex, all visitors will be able to stream every available classic episode of MST3K for free – on demand and without commercials – for a limited time!

The Gizmoplex will be available via a web portal and also on a wide variety of OTT platforms, including apps for both iOS and Android devices, Roku, Amazon Fire TV, and more.