Home Geek LifeCulture Why AAA Publishers Ensure Call of Duty, World of Warcraft and Gears of War are Never Going Away (And What Publishers Can Do About It)
CultureGaming

Why AAA Publishers Ensure Call of Duty, World of Warcraft and Gears of War are Never Going Away (And What Publishers Can Do About It)

Perhaps this is just my paranoia for games or confirmation bias, but I feel that too many AAA games today are beginning to converge their identities. All too often I buy a game and play it to find, it feels very much like Call of Duty or Gears of War. This is to be expected today, but this really begins to be an issue when I see sequels to already established series converge towards an ‘industry standard’ style. 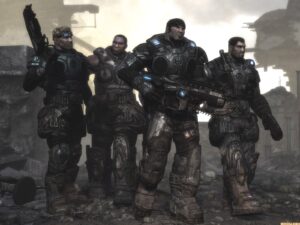 I realized this the other day when playing Far Cry 2, and it occurred to me how much more stylized and shameless this title was when compared to the third. This is most evident because (and there was complaints about this) they added in a reticle and hitmarkers, something that had been purposely absent from the series to reinforce its identity. I have not played Far Cry 3 extensively (although I have played the co-op) but from what I’ve seen, I fear the game comprised far too much identity for mainstream appeal.

The Uncharted series was guilty of this with the 3rd games online, converging to the mainstream and becoming a ‘GOW/COD’ mishmash rip off. The game had no need for revenge items, medals, or loadouts. What made the Uncharted 2 online great was the simplicity of it, and that you could only rely on your own skills to succeed. The best times I had in the game was fighting over the power weapons, which spawned on the map. Whereas, in Uncharted 3, you can edit your loadout, which entirely removes this element from the game – an element that helped it standout and made it unique.

My fear is, it is becoming the norm for big franchises to copy the bigger ones. This is not what will allow the industry to grow and develop; this is something that will ultimately hold us back. What I love about both movies and literature as a medium, is they are shameless, good or bad they have a distinct identity and we don’t see them all converge to the same identity (or at least not the same extent games do). ‘There Will Be Blood’ and ‘Sincity’ we’re not mainstream movies, and I would hate to see them replaced by Transformers clones.

This is what I fear it is happening to AAA games today, and it needs to stop. Publishers do this in the name of increasing sales, but I don’t think this is true. They are already an established series and the name alone will sell them; there is no need to be an insufferable clone. Resident Evil 6 is probably the most recent example of this (there is a Jimquisition episode on The Escapist about this). I don’t want this to take place any longer. If indie games have shown us anything, it is that ingenuity is rewarded and publishers need to start paying attention to this.

Minecraft, Braid, and Limbo sold many copies and became successful because they were great games that are one of a kind. I’m finding more and more that indie games with small budgets (not big budget AAA games) are where I find my favorite games, and I think this is the reason why. 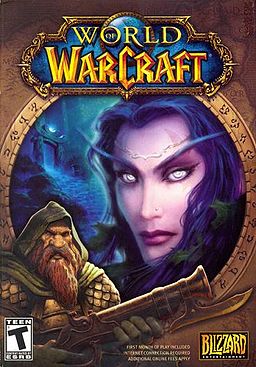 Certainly there’s nothing wrong with games learning from each other, it’s what pushes the industry forwards. It is wrong to try your hardest to outdo – ‘Gears of War’. The mechanics have already been done by the originals. Even if you’re game does it better, it’s still a mechanic that people have had enough of from Gears of War. A better example of this principle would be to look at what World of Warcraft has done to the MMORPG genre.

Every grand scale online RPG finds itself being compared to the juggernaut, and because of the massive financial undertaking necessary to create such a game, publishers will produce nothing less than a ‘WoW killer’; but for various reasons games like this can never succeed. Why does anyone need a game that tries to be WoW when WoW already exists and I’m already playing it?

Even the natural evolution of genres points to this. The dominant genre wasn’t always shooters, it was platformers. Popular genres change with time, not popular games within genres. To truly topple or become a massive juggernaut of a game you have to look outside of what your competitors are doing and look outside of what the industry expects of your game for being in its genre.

Ultimately, the only way for a AAA title to take down another AAA title, is not to try being the first AAA title, it’s by being your own sort of game, one people will take note of and not necessarily compare it to the first title. No one expected the Wii to sell because it wasn’t taking note of the people who always buy games, and yet by trying something different it extended its hand to an entirely different audience that allowed it to become one of the greatest selling games consoles of all time.

It’s time for AAA publishers to learn a lesson from that.

Windows 8: The Good, The Bad, and the Charms Bar

Death Worm – Designed to Be Unique and Addictive

I actually tend to agree with most of your points on this one, however I feel that WoW is completely overrated. It’s slowly dying out now (thank god) due to new and more innovative ways of introducing better combat and more enhanced story lines (see Guild Wars 2 and Final Fantasy 13), and as a competitive game it is completely done compared to the newly dominant MOBAs such as League of Legends, which I would LOVE to hear a review about, really hope you do it as well because your reviews are pretty spot on.

Those games that are supposedly better than WoW are those that are either F2P or B2P. If WoW would have been B2P similar to FFXIII or GW2 while being at the same point, it would have had much more players.

However, this still would not make it a better game than other ones.

Why? When you have the hate for something, everything you don’t hate or hate less are better as grass is always better on the other side of the fence.