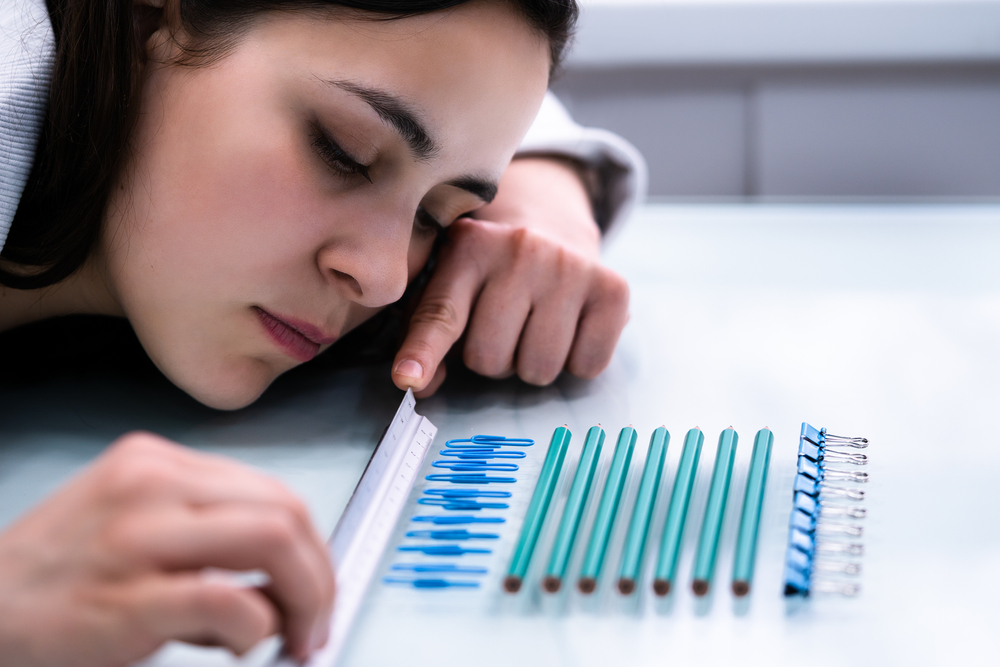 According to the Anxiety and Depression Association of America (ADAA), OCD affects about 2.2 million adults. This roughly translates to 1 percent of the US population.

One-third of the people with OCD experience some symptoms in childhood. Therefore, OCD is a long-term disorder that causes recurring thoughts that gradually develop into obsessions and compulsions.

But a variety of factors can make OCD worse. So let us discuss what causes OCD to worsen to know how to prevent the disorder from worsening.

Does OCD Get Worse Over Time?

Most people with OCD experience moderate symptoms. They learn to manage their personal and professional life with their obsessive and compulsive needs.

But their symptoms gradually worsen over the years if they are left untreated. Eventually, intrusive thoughts start to affect an individual’s day-to-day life.

Over the years, obsessive-compulsive disorder intensifies and causes severe symptoms. For most people, symptoms begin early in mid to late teenages, then worsen over the years. When intrusive thoughts turn into compulsive urges, it starts to look like the following.

Several factors can trigger OCD episodes and make them worse. For example, comorbidities often contribute to the severity of OCD.

About 90% of the people with OCD have a co-related mental health disorder. These associated conditions worsen OCD.

As these comorbidities become severe, the OCD starts to worsen. For example, if someone has a co-occurring anxiety disorder and acts on compulsions to reduce their anxiety, it can worsen OCD. As these symptoms become more severe, people with OCD can experience the following.

What Are the Causes of Worsening OCD?

A variety of causes contribute to worsening OCD. Here are some of the most common causes.

Initially, it may feel like you have satisfied your compulsive thoughts. But with time, your need to follow ritualistic behavior gets worse.

When you follow your compulsive behavior, it reinforces your obsession which becomes worse. When you work with a therapist, they help you take small steps to avoid reinforcing the obsessive and compulsive needs to eliminate the behavior.

Rumination is the mental process of overthinking and trying to fix something repeatedly. For example, a person with OCD often overthinks the same scenario repeatedly to satisfy themselves.

Every time, their overthinking helps create a different outcome for a scenario until it satisfies them to the last detail. Thus, rumination is a process of overthinking. It is closely linked to the compulsive disorder. Therefore, it equally feeds OCD and makes it worse.

People who struggle with OCD often feel that they need to be in control of situations. When they lose their sense of control, it makes OCD worse.

Ultimately, people start to avoid things to satisfy their sense of control. But avoidance can make things worse. For example, if someone has OCD, the recurring thought of germs and dirt can make them think of staying home.

If the person stays home, they will not get contaminated. However, this type of avoidance can worsen the problem in the long term because instead of resolving the obsessive-compulsive need, it feeds the disorder, making it more severe.

When a person with OCD works with a therapist, they take small steps to reduce such avoidance to make OCD symptoms more manageable.

People with OCD experience constant distress, discomfort, and stress due to their compulsive and obsessive needs. When someone experiences stress, their body has a different physical and emotional response.

In addition to this, OCD makes such responses worse. As a result, a person with OCD experiences that their body spirals out of control, and they experience physical and mental anxiety.

“Did I sanitize the doorknob? Are my hands clean? Did I switch off the lights? Did I lock the door?” If you’re constantly having recurring thoughts where you require reassurance, your OCD may be getting worse.

When a person worries or has anxiety, it is normal to seek reassurance. But when a person needs constant reassurance to help ease their obsessive and compulsive needs, it feeds their OCD and worsens it.

It happens because reassurance reinforces compulsiveness and makes the original fear worse. With time, the person needs more assurance to believe in themselves.

As a result, OCD worsens with more reassurance. In such cases, OCD treatment consists of learning to tolerate discomfort. It helps a person with OCD learn that it is okay to feel short-term discomfort to achieve long-term success.

How to Prevent OCDFrom Worsening?

There are various types of treatments available for preventing OCD from getting worse. Here are some of the prevention techniques.

If you notice OCD symptoms, it is best to take a free OCD test to recognize if you have mild to moderate symptoms.

Suppose your OCD symptoms worsen after consulting trigger management and therapy. In that case, it is best to focus on long-term recovery and consult deep brain stimulation as the last recovery line.

But remember that OCD may be chronic and debilitating, but it is manageable. With constant professional help, you can overcome your compulsive and obsessive needs and live a stress-free life.