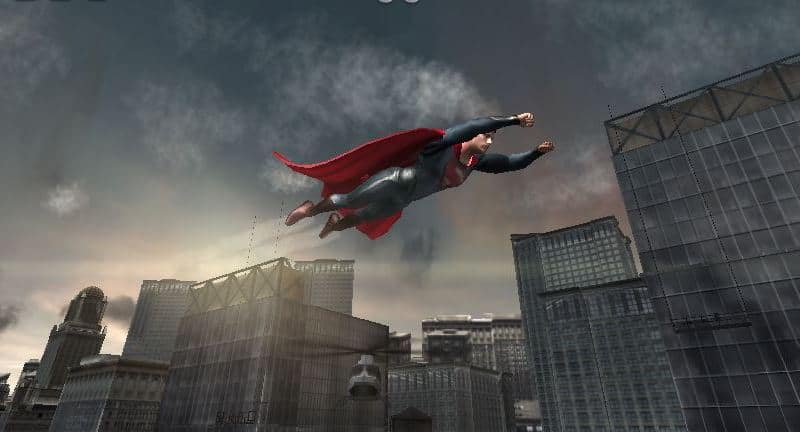 With their fancy superhero themes and intriguing imagery, comic books captivated the mass public no sooner than they were first introduced. Before long, comic book characters expanded out of the comic and that is how superhero-themed movies came to existence.

At present, we can find superhero-related elements in almost every industry on the planet. In fact, the superhero theme has become so popular that it has even been included in the gambling industry. As mentioned on supercasinosites.com/roulette leading iGaming software providers have developed games based on well-known comic books and comic book movie adaptations.

If you are a fan of slot games, you certainly know that it is easy to find a superhero-themed game. Even now that Marvel casino games are no longer available, you can still indulge in tens of amazing DC Comics-themed slots.

Today’s article is dedicated to comics and how they have inspired online casino games. In the following lines, you can find three of the best comic book-inspired casino games ever made.

Playtech’s Man of Steel is a five reel slot with 25 fixed paylines and a progressive jackpot feature. On the left side of the slot, players will find the Man of Steel himself, played by Henry Cavill, whereas on the right side, players can see General Zod, played by Michael Shannon.

The symbols on the reels of the Man of Steel slot are incredibly thematic as well – you can see the Superman logo, Clark Kent’s parents, a copy of the Daily Planet, Clark Kent’s glasses, and many more.

When it comes to bonus features, Man of Steel certainly has a lot to offer. First of all, there are two Wild symbols in the base game, which replace all other symbols, except for the World Engine and Krypton Scatter symbols. The Wilds are represented by symbols of Superman and General Zod.

One of the most amazing features of this slot game is the Battle For Earth Free Spins bonus, which is triggered when the two wilds described above appear on the same row. Once triggered, the Battle For Earth Free Spins feature will reward you with unlimited number of free spins on reels which come with two additional wilds – Zod’s two cronies. When those are aligned with Superman, they trigger another battle, which may lead to more wilds and better cash prizes. When Superman is defeated, the Bonus round is over.

2. Batman and the Joker Jewels

Batman and the Joker Jewels is another Playtech-powered casino game, which features five reels and 25 fixed paylines. What makes this slot game unlike other games is that it is largely based on the 1960s TV Batman show, and not on modern-day film adaptations of the comic book.

In a typical Playtech fashion, the slot boasts a number of bonus features, such as Free Spins and Random Wilds. On top of all, Batman and the Joker Jewels features a great progressive jackpot.

Batman and the Joker Jewels has a pretty basic and yet fun design, and it also comes with a cool funky soundtrack to keep you entertained. Batman, the Joker, the Batmobile, the Batplane, and Robin are some of the high value symbols in the game, but wait – the game also boasts a Wild symbol, which is represented by the Batsignal symbol.

Arguably the best bonus feature in the game is the Batman vs. the Joker Free Spins. This is triggered when three Bonus symbols appear on any position on the first, third and fifth reel. Players are asked to choose either Batman or the Joker and they can win unlimited number of Free Spins.

Batman and Catwoman Cash is a great slot game, based on the DC Comics focused on the adventures of the two. This is a fully responsive Playtech slot with five reels and 25 paylines, which boasts a wide bet range, too.

Batman and Catwoman Cash uses a great comic book-like theme, and the reels are set against an yellow background and the logos of the two superheroes can be seen above the reels. The game features thematic symbols as well, and so players can see symbols of Robin, Catwoman, Batman, Catwoman’s gear, a Batarang folding knife, etc. Keep an eye out for the Batman logo symbol, five of which in a payline will reward you with 100 times your bet.

Of course, the game has a Batman vs. Catwoman Free Game feature, which is activated when a pink Bonus symbol appears on the first, third and fifth reel. In a pick-me-up-style game, players choose between 7 and 25 Free Spins with a 2x Multiplier. Next, Catwoman appears and asks gamblers to pick a symbol, which will appear as a Super Stacked symbol on the reels during the bonus game. On top of that, if you perform well in the Cat Burglar Bonus feature, you can increase your Multiplier.