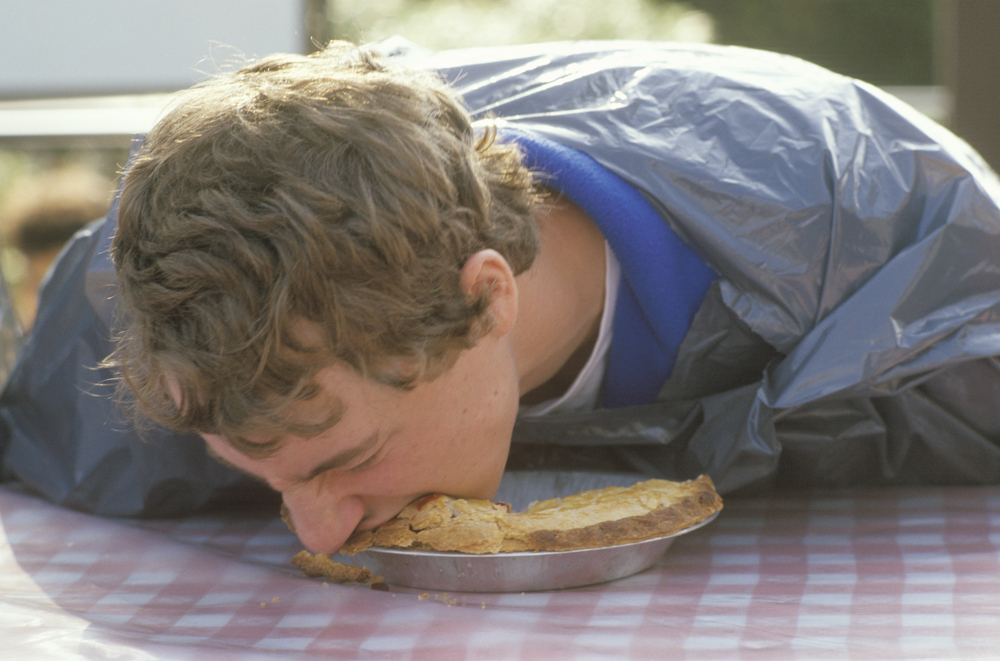 Fans and foodies alike highly appreciate Adam Richman’s culinary reality TV series Man Vs. Food. Richman also hosts and stars in it. Since it debuted in 2008, the programme has received a great deal of acclaim, attracted a large audience, and developed into a star in its category. Despite the fact that the show included many severe eating challenges, we will focus on and briefly discuss the top 10 absolutely shocking man vs. food challenges ever. So let’s begin.

Adam Richman breezed through the show’s many bizarre food challenges with his signature efficiency and flair. But these are the ones that must be addressed in discussing the most outrageous episodes of the show to ever air. If you were someone who wishes to experience a culinary adventure first-hand, simulator cooking and farm games would help do the trick.

Oysters are highly sought-after by foodies for obvious reasons and are regarded as a classy delicacy all over the world. But eating 15 oysters in one sitting is a very different story. Feast on so many at once is bothersome in addition to being sickening, especially for the watchers. According to legend, Adam Richman has only occasionally eaten fewer than a dozen oysters since.

Despite Richman’s admission that he favors spicy challenges to ones that are incredibly enormous, the fire in the hole brought this to a whole new level. All it took for Adam Richman to have to take a lot of milk from the fridge and run to the fridge was two chicken wings laced with a hell of a lot of pepper extract.

Who doesn’t like some mouthwatering burritos? Adam Richman certainly adores them, though. What if a huge burrito took the place of that one, though? Well, Adam proved as much by devouring a four-pound burrito at Sweet P’s BBQ. After this, he effectively devoured a platter of mac & cheese and banana pudding. Without a doubt, this is in the top 10 most unbelievable man vs. food challenges ever.

A restaurant in Salt Lake City made the decision to compete with the chicken wings using sushi’s, despite the facts that chicken wings are a fixture of spicy food competitions. The amount of spice increases with each test, and according to Adam Richman, the spicy bomb looks like a “war paint.” Adam, who made this episode one of the most extreme ones, overcame the difficulty.

This episode is without a doubt the one for you if you appreciate a good comeback. In his initial effort, Adam Richman was unable to complete this task, but later on, he came back and crushed it. The audience adored the fact that Adam eventually accomplished his salvation.

It’s absurd and borderline impossible to try to digest a significant amount of lactose all at once. But Adam Richman never seemed to favor the conventional, did he? Adam Richman was undoubtedly up to the challenge—or at least, that’s what he believed—which required him to swallow 120 ounces of shakes in less than 30 minutes. Adam had to rush to the bathroom after finishing five glasses, and you can probably guess what happened next. This demonstrates that milkshakes—or other lactose-related difficulties—are definitely overdone.

Even though Adam Richman is unafraid to take on a challenging eating task, this was something that really put him to the test. By completing the treat, Adam not only won the challenge but was also inducted into the restaurant’s hall of fame. He is rumored to have listed the cheesesteak as one of his favorites when the excitement died down.

Breakfast is meant to be the first meal of the day that is satisfying and light enough to be enjoyed in comfort. What transpires, however, when this breakfast escalates to the point when it consists of eggs, cheese, cream, steak, and hash browns? Well, Adam was in for a huge shock when he realized that this extensive preparation was too strong for even a seasoned pro like him. This was one of the most shocking encounters ever because he had to leave in the middle of the challenge.

What takes place when Adam Richman is served a dish that contains ten mashed chilli peppers? You will get to watch a dramatic show that is also really disturbing. Adam Richman was put through a task and managed to complete it, but he did so with a scorching face by accidentally wiping it with a sauce-covered napkin.

Some people believe that this man vs. food challenge, which required Adam Richman to consume a big burger in a set amount of time, is the most surprising one ever. Despite the odds being stacked against him, Adam did eventually succeed in getting over the obstacle, though it was a very chewy process.

The television programme Man vs. Food truly managed to take the globe by storm, and Adam Richman went on to become a genre legend. You should definitely have a look at simulator-based farming and cooking games if you want to taste culinary perfection firsthand and go inside the kitchens and behind the scenes of these challenges.