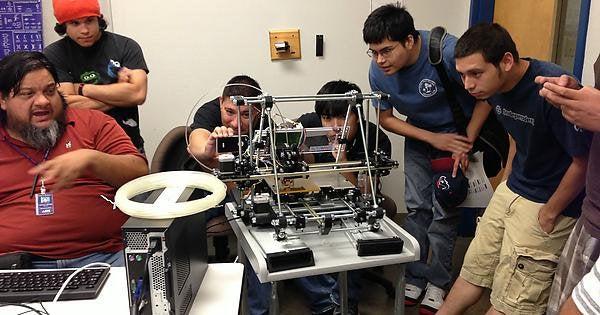 Just some 20 years ago, very few students wanted to be or come across as geeks in their high school or college. But times, they are-a changing very fast. And those who graduated from colleges some time ago might be surprised at how much they’ve actually changed. Almost gone are the days where school nerds were looked down on and scoffed at by their popular classmates. More and more people want to embrace being a geek, as geeks become very popular. This can be explained by the constantly growing popularity of the IT industry and robotics. The coolest minds that push forward the progress and come up with revolutionary ideas and disruptive innovations are geeks. So, if you possess characteristics of a typical nerd or exude the qualities attributed to classic nerds, there’s no need to worry. Being a geek in college isn’t that bad. Below are some reasons why you should never try to suppress your geeky nature and let it blossom.

Focus! That’s by far the most frequently heard word in college. Teachers, professors, and tutors often encourage their students to invest more effort and mental energy in their studies and ask them to focus. The problem is the number of those whose brain is inherently wired to focus on a certain subject for a considerable period of time is quite small, which is not the case with geeks. Those students that are called nerds or geeks normally don’t experience any difficulty to put their minds to a task or project at hand. While their classmates cannot concentrate and get around to their urgent assignment, their geeky friends nail them in one sitting. Of course you get an expert from a custom assignment writing service to craft an effective paper for you. Or you can try to cultivate the ability to concentrate and take in details to become a more efficient and successful learner.

Some students might think that being passionate about all the courses they take or projects they’re assigned is unreal. But it is usually quite normal for geeks. The percentage of lackadaisical students among geeks is very low, if any. This category of learners is famed for their devotion for subjects they choose and ability to methodically pursue their goals. Almost all geeks are obsessed with something. Some are crazy about certain video games, anime series, or rock bands, while others are into TV shows or comics. And geeks can be equally passionate about what they are doing in school. Hence, the mind-blowing devices created by geeks and exhibited at Robotics and AI fairs and award-winning projects receiving kudos from professors.

You might be surprised to hear that but geeks are truly very resilient guys capable of adapting to different, even unfavorable, conditions. That’s the reason bullies often fail to get to nerds, their teasing fall flat. Geeks are also very fixed in their purpose. And then can adapt to changing circumstances if their pursuits or passions call for it. Geeks are also immune to venomous comments and taunting. They are smart and witty enough to timely spot a toxic person and render them harmless.

Inborn inquisitiveness and being passionate about things fuel geeks’ development and striving to achieve new heights. They want to master Python but once they’re learning it, they are after the video tutorials teaching the ropes of Ruby or something even more brain-teasing like Haskel. Not only do geeks set goals and stubbornly pursue them, but also overcome difficulties on their way to success. What might be a frustrating factor or serious hindrance for a normal learner might be just another fun challenge for a geek. Geeks are not afraid to take up challenges and tend to deal with problems and crises more easily.

We’ve already hinted that geeks are a driving force for progress. They are in love with advanced technologies and always keep abreast of the most recent updates and latest developments in AI, robotics, ML, and other fields. Geeks generate cool ideas on a daily basis. No wonder, they create the latest innovations and pioneer the fields they work within. The great thing is that geeks’ enthusiasm and ingenuity can rub off on other people who work, communicate, or interact with them. So, it’s safe to say that geeks not only spark but also inspire innovations and breakthroughs.

As you see, being a geek can be really cool. So, it’s about time you stopped conjuring images of unpopular, unattractive, and constantly ridiculed misfits when thinking of geeks. If you prove unable to embrace your inner geek, you can at least stop shunning their company. What can be better than being a geek today? Having one as a friend in college!