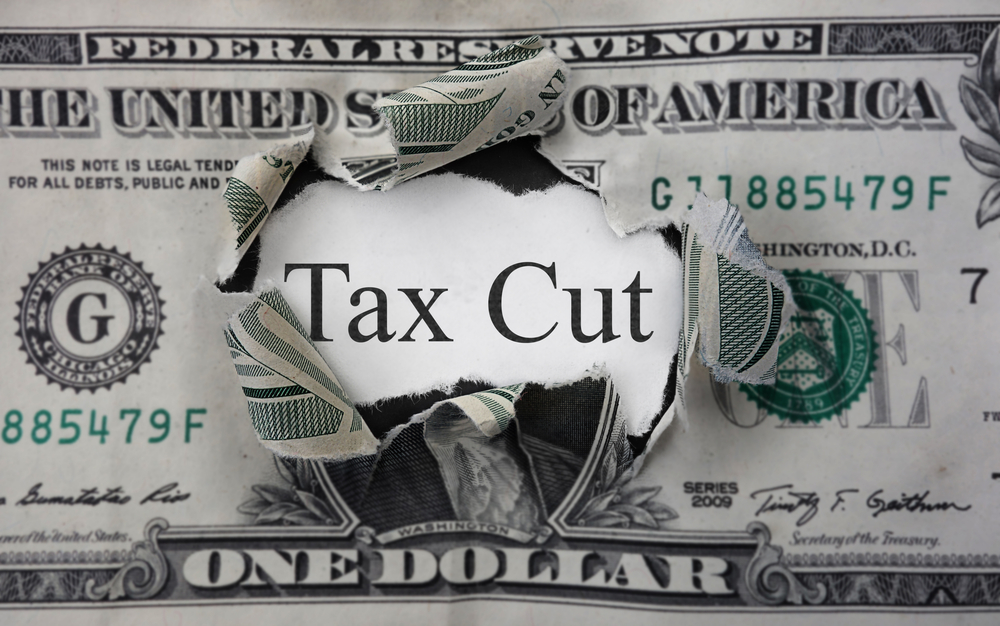 Tax cuts are uniformly good, right? After all, who wants to pay more money on taxes, especially in a time of high inflation? In truth, tax cuts have pros and cons for the economy. Discover when tax cuts work and when they cause harm.

What Are Taxes For?

Before we can talk about why tax cuts are good or bad, a few quick words on taxes. Whether you love them or hate them, you might have an understanding that taxes fund the government. Talk of paying more or less taxes means giving the government more or less money.

Different taxes fund different programs. For example, Social Security is funded by payroll tax. Some of this money comes from your paycheck, with an equal percentage paid by your employer. Depending on how tax cuts are structured, some programs may be safe and others at risk. Keep this in mind as you review the pros and cons of tax cuts.

More Money in Your Pocket

Tax cuts let you hold onto more of your money. For many people, this is reason alone to champion them!

If people hold onto this money rather than spend it, they can build wealth and accrue savings. This in turn gives people more options. For instance, if you dislike your job, you may decide to quit and live off savings until you get a new job. If you have no savings, you must remain in your current job until you acquire new employment.

In theory, when people are allowed to keep a greater share of their money, they’ll spend it rather than save it. People who like tax cuts claim that they spur spending, which in turn boosts the economy. For example, if more people are dining out, restaurants do better business. They may hire more staff, which reduces unemployment.

If people decide to save money by cooking at home, the restaurant sector may do poorly. Over time this can have consequences for restaurant workers, who may lose their jobs, and for the economy. The economic boost of tax cuts can be a tool against a potential economic downturn.

Tax cuts leave the government with less revenue to operate. Government has two options. One, it can maintain popular programs by borrowing money. Government often carries debt, but it can escalate to a point where it is out of hand. Consider, for example, the Greek debt crisis. Greece sustained debts it was unable to pay. To maintain membership of the Eurozone and pay down debts, the nation had to introduce strict and unpopular austerity programs. Daily life can be challenging for everyday people in this circumstance.

When budgets are running at a surplus, government can return excess money to the people via tax cuts without a correlating rise in debt. Or the government can decide to reinvest the surplus in a popular program, such as Social Security, instead of cutting taxes.

Those who do not like tax cuts claim that they are structured in a way that maintains or promotes societal inequality. Tax cuts generally benefit the rich more than the poor. When you factor in the potential that government-run programs, such as Medicare, are funded by taxes and that a tax cut penalizes these programs, this relationship becomes clear. While low-income taxpayers may feel like a tax cut helps them keep more money in their pocket, the cuts can actually cause more harm by negatively affecting benefits and services they frequently use.

This guide to pros and cons of tax cuts will help you understand the arguments for and against cutting taxes. Ultimately, cutting taxes sometimes works and other times causes more harm than good. Knowing the context and the consequences of cutting taxes will help you gauge what might happen should a tax cut pass or conversely be repealed.

Author bio:Sovos is one of the leading providers globally of software that safeguards businesses from the risk and burden of modern tax. Charles Maniace is Vice Present of Regulatory Analysis and Design. With experience as an attorney, he oversees a team of attorneys and tax professionals who are responsible for all the regulatory content and taxes that keep the company’s customers compliant. With 15 years of experience in tax and regulatory automation, he has given analysis to many notable companies — including NBC, The Wall Street Journal and more.