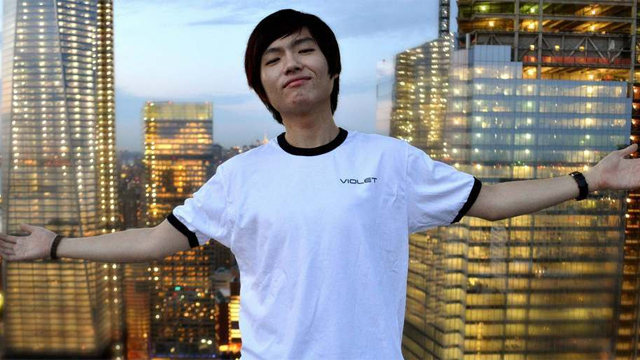 Attention all you gamers out there forced to work a boring desk job because everyone told you that playing video games is not a suitable occupation. Last week, twenty-three-year-old Kim “viOLet” Dong Hwan proved everyone wrong. On December 9, he became the first StarCraft 2 player to receive a P-1A Visa, allowing him to live and earn a salary in the United States as a “professional athlete” for the next five years.

Andrew Tomlinson from Cyber Solutions Agency, Kim’s manager, expressed how grateful Kim was to receive this recognition. According to “The Daily Dot”, Kim said that this would be “life changing” and got emotional over the phone when he got the news.

“It was do or die for [Kim]. He either got the Visa or entered the Korean military,” Tomlinson said.

“I was thinking of retiring if this request didn’t go through. There are a lot of things to learn in the U.S., including the language and culture,” Kim said.

When applying for a Visa, Kim was denied three times in 2013. He therefore had to forfeit the World Championship Series. The U.S. did not see playing video games as a legitimate reason to cross the border.

Many pro gamers make their living from winning high-level tournaments and from sponsors. That’s rather hard to do when you’re not allowed in the country to compete. Marcus Graham, senior manager of Twitch, says that a denied Visa is the downfall of many pro gamers, and gaming has been considered as a pro sport even before the government recognized it.

“Gaming is their full-time job, so the inability to go to a tournament, to travel and compete is preventing them from doing their job,” Graham said.

In 2012, Kim and his management were explicitly told that if he were to enter the United States without permission, he would be placed on the no-fly list and would be prohibited from entering the U.S. ever again. That warning, more than anything, inspired Kim and Tomlinson to push for a Visa. The process, beginning in June 2013, cost more than $5,000 in immigration applications and lawyers’ fees. It took a lot of convincing to make U.S. officials consider playing video games an actual sport.

South Korea is home to many professional gamers. Gaming is so popular there that the events are televised and pro gamers are like celebrities, but the government is beginning to crack down on gamers. Lawmakers have recently lumped gaming in the category of bad addictions along with alcohol, drugs and gambling. That is why it was so important for Kim to receive a Visa, so that he could move to the U.S. and play as he pleased.

Out of all StarCraft 2 players worldwide, Kim is ranked 63. He has made $95,830 in prize money over the past three years. He plans to move to the United States within the year.