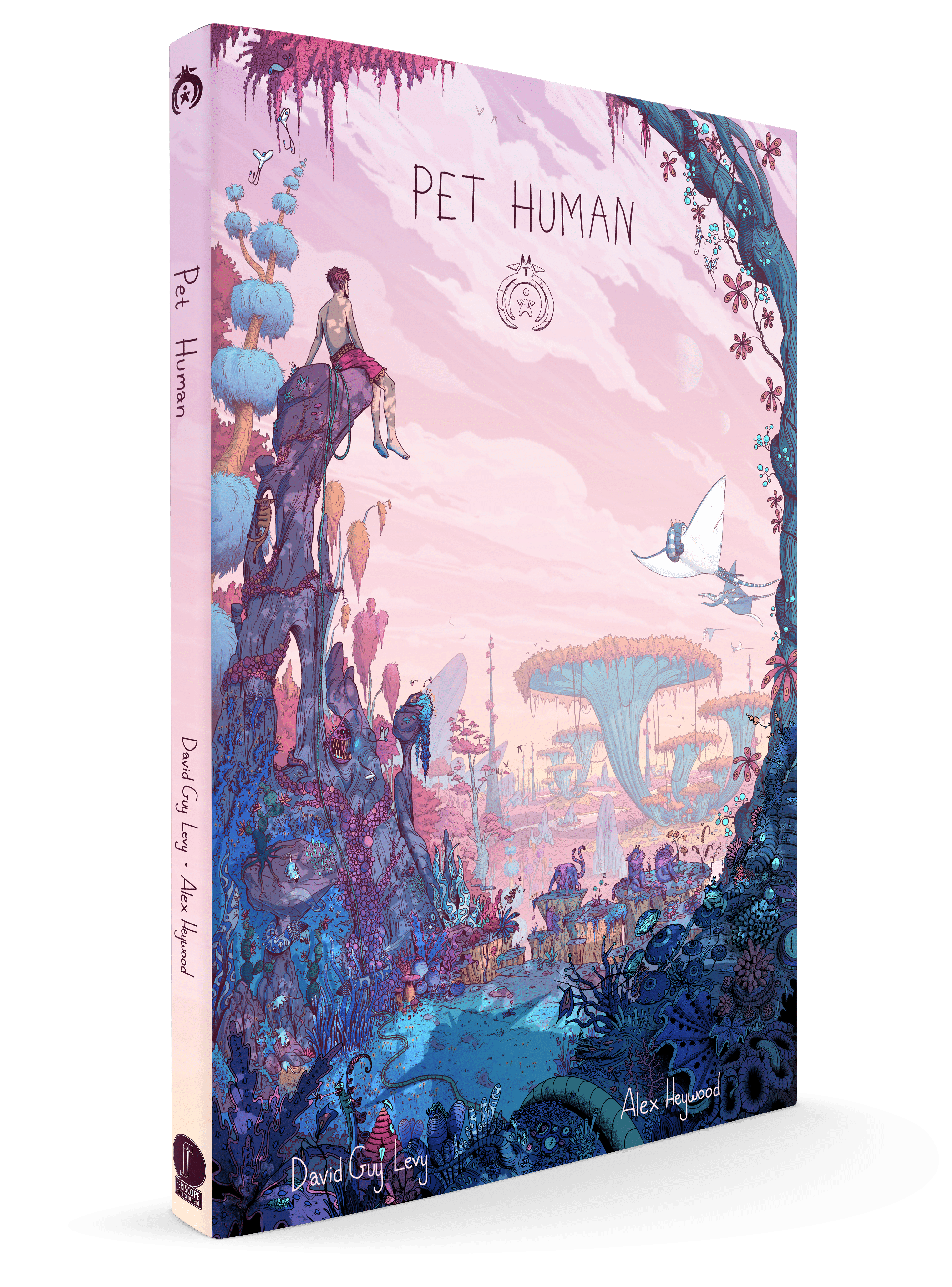 Having been singled out by Variety for being a “producer to watch”, David Guy Levy has amassed a number of producing and directing credits in the 16 years since founding Periscope Entertainment.

In 2013, David directed and released his first scripted feature film with IFC Films/IFC Midnight, a psychological thriller called “Would You Rather”, which stars Brittany Snow, Jeffrey Combs, and Sasha Grey.  His most recent film “The Mandela Effect” was released by Gravitas Ventures in late 2019.

Since the formation of Periscope Entertainment, Levy has also helped produce such films as Azazel Jacob’s “Terri”, starring John C. Reilly, and Austin Chick’s “August”, starring Josh Hartnett. He also produced the documentary “Banking on Bitcoin” which was released in theaters and on-demand in 2017.

David also writes comic books, including the upcoming release “Pet Human” and the series “Back to Back to the Future”. It’s the story about what would happen if the makers of the “Back to the Future” films went back in time and made sure that Eric Stoltz was never replaced by Michael J. Fox as Marty McFly. It was released July 10, 2013 and all the proceeds go towards The Young Storytellers Foundation.

Alex is a young Scottish born artist currently living in Perth, Australia. He studied Animation at Duncan of Jordanstone College of Art & Design in Dundee (UK), and after graduating started working as a Freelance Illustrator.

The ability to live a digital nomad lifestyle allowed Alex to work and travel, exposing him to different natural environments, and a variety of habitats. His work is directly inspired by the natural world. The flora and fauna imagined and illustrated in Pet Human were heavily influenced by the artist’s move to Western Australia, a biodiversity hot spot. This is his first ever graphic novel.

is a writer, producer and Emmy-winning creative director. Born and raised in Wisconsin, he studied Communications and Theater at the University of Wisconsin-Stevens Point before moving to Los Angeles to pursue his career.

Steffen wrote the films Would You Rather and The Mandela Effect, directed by David Guy Levy, and Danger One, a dark comedic thriller directed by Tom Oesch.

Steffen also works as a producer, writer and VFX creative director on television documentaries for networks like Discovery Channel, History, and National Geographic. Credits include Life After People, The Universe, In Search of Monsters and Ancient Aliens. He has earned three different Emmy nominations, including one win in 2014, as the VFX creative director on H2’s Big History.

And of course, since we’re Geek Insider, we have a little sneak peek for you.