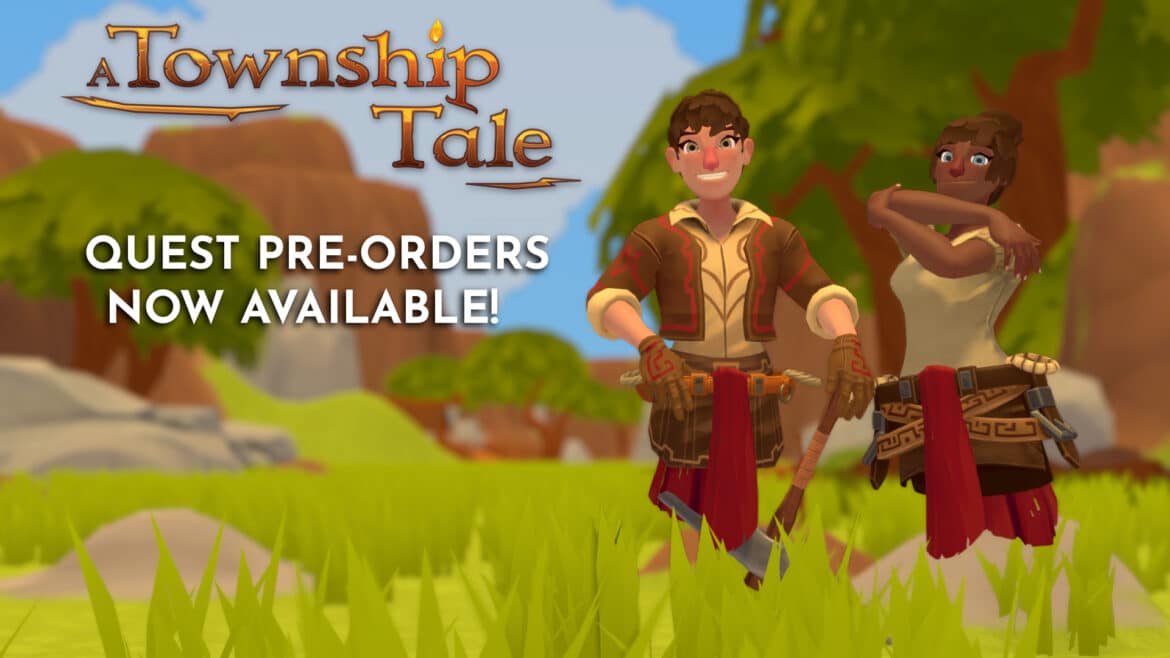 SYDNEY – June 30, 2021 –A Township Tale, the fantasy online multiplayer VR RPG coming to Oculus Quest on Thursday, July 15, is now available for pre-order for $9.99 USD. Pre-order benefits include access to the game before the launch date, as well as in-game items that can be used across various VR platforms.

“Launching on Quest gives a new way for fans around the world to band together and face the challenges of the magical, medieval VR world of A Township Tale,” said Boramy Unn, game director, Alta. “Since revealing A Township Tale for Quest and Quest 2 earlier this month, the response has been overwhelmingly positive. We created this pre-order program to provide even more reason for new and current players to jump right in and connect with friends in the immersive way that is only possible on VR.”

Fans who pre-order A Township Tale for Quest and Quest 2 beginning today will receive pre-order bonuses that include:

● Base game which includes a personal server and 1,000 Talems (in-game currency)

The Quest and Quest 2 versions of A Township Tale were revealed earlier this month in the coveted final slot of theUploadVRE3 showcase.

At launch, Oculus Quest and Quest 2 players will be able to buy the game and receive their own server with 1,000 Talems to purchase additional cosmetic items for their characters.

From Australian indie developer Alta VR, A Township Tale is a dream-come-true for fans of RPGs and survival games, set in a medieval fantasy world where players band together with up to eight friends on a virtual server to take on professions and craft equipment while they explore the dangerous world before them.

A Township Tale allows players to become master professionals in their new town by taking up the mantle of blacksmiths, woodcutters, miners, archers and warriors. Players can explore dangerous areas and recover crafting materials to improve their gear. With specialized weapons, levelling abilities and playstyles, unique parties are formed to delve into the deepest reaches of dark caverns.

● Levelling – Level up in specialized professions to unlock abilities in crafting and combat.

● Online Multiplayer – Join with others on the adventure and level up different skills to form a unique party.

● Personal Server – Oculus Quest players can start their own cloud-hosted server with an eight concurrent player limit. (NOTE: PC and Quest will not yet feature cross-play at launch.)

A Township Tale has built a community of more than 63,000 members on Discord and has released more than 70 game updates since its initial PC release.

Alta was founded in 2016, and is based in Sydney, Australia by Tima Anoshechkin, Joel van de Vorstenbosch and Boramy Unn with the following guiding principles:

We are passionate game developers who played and built games all our lives. We founded Alta with the goal of creating a strong studio culture based on respect for our players, professionalism, and ownership of the work we create. We believe that it is impossible to create epic games without great studio structure and intimate communication with our players.

How Are Video Games Improving Physical and Mental Health?

Is Writing Essays Boring or Fun?