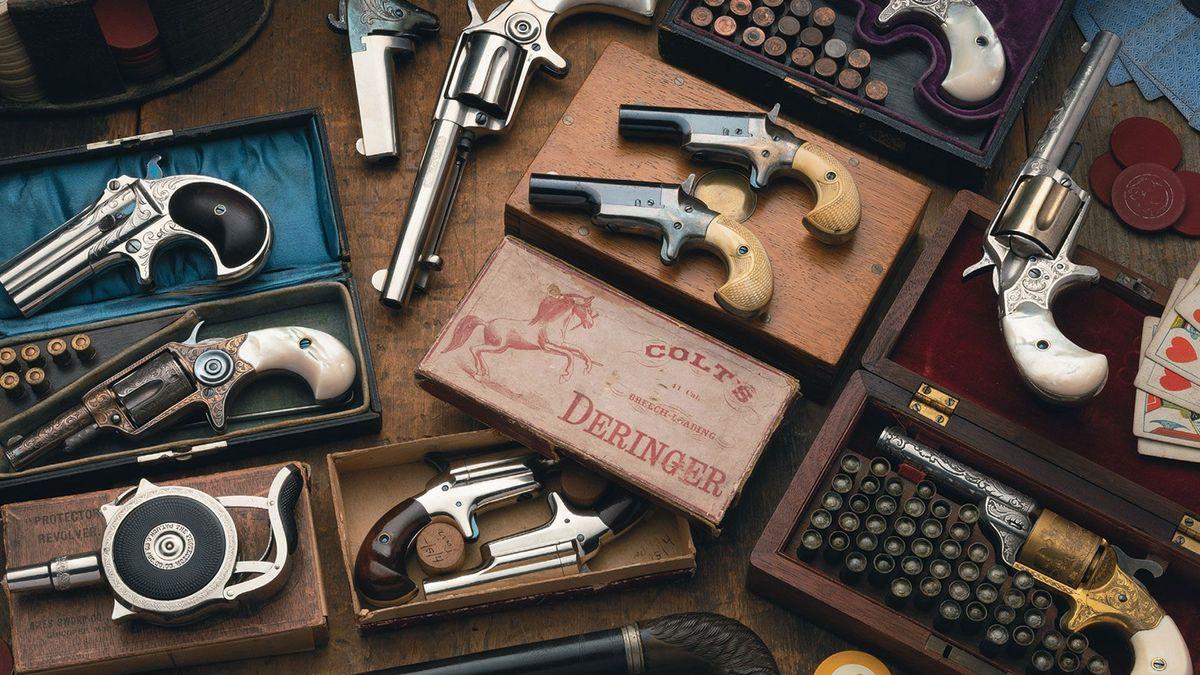 Old guns are true works of art. While modern rifles, shotguns, and pistols prioritize functionality over aesthetics, guns of the past often strived to balance both. No wonder people consider them valuable collectibles.

The first gun ever made was the Chinese fire lance of the 10th century. Since then, the world has known a vast array of firearms, from hand cannons to flintlock revolvers, but few of them survived till our days in proper condition. Though auction arms come with a hefty price tag of thousands and millions of dollars, still, avid collectors are willing to pay such amounts.

To bate the curiosity of gun enthusiasts feeling an interest in old weaponry, we asked experts from GritrSports to make a list of the most expensive antique guns ever sold and tell us a little about each one. So let’s dive in.

Introduced in 1848, the Dragoon was a .44 cap-and-ball revolver intended for dragoons that fought with swords and firearms from horseback. Regardless of its military roots, this old revolver saw extensive civilian use during the Civil War. Actually, the Dragoon was an improved version of another Colt’s iconic revolver, the Walker, which we’ll mention below.

This particular gun auctioned for a hefty sum of $1.6 million belongs to the series of presentation pistols developed in 1857, which, in turn, belongs to the Third Model Dragoon produced from 1851 to 1860. That’s why the gun features the floral scrollwork of the great American master engraver Gustave Young.

So, what else makes this old revolver unique besides the artful engraving, near-perfect condition, and remarkable Civil War history? As the name suggests, this Dragoon belonged to Col. John Millikin, who was a hard-working farmer and a promising lawyer before starting a military career at the Civil War outbreak. Unfortunately, the man died in 1862, gloriously fighting for his fellow countrymen in Murfreesboro, Tennessee. The Colt was inherited by Millikin’s son Paul Millikin, a colonel in the Spanish-American War and World War I.

In case you’ve never heard of Simon Bolivar, he is a Latin American independence hero. He fought against the Spanish Empire and liberated the countries we know today as Venezuela, Colombia, Ecuador, Bolivia, Peru, and Panama.

These flintlock pistols boast a rich ownership record. Made by Nicolas-Noël Boutet, a personal gunsmith to Napoleone Bonapart, these beautiful pieces of weaponry went to a young French revolutionary, Marquis de Lafayette, who joined the American Revolutionary War at the age of 19. He quickly attracted the attention of George Washington, who became his mentor. Years later, George Washington seemed to ask Marquis de Lafayette to send the pistols as a gift to Simon Bolivar.

The flintlocks are finely engraved and carved and generously decorated with gold inlays and silver mounts. Christie’s estimated price for Simon Bolivar pistols was $1.5 to $2.5 million, and a lucky private collector bought them for $1.8 million.

The Walker is a cult gun highly valued by avid gun collectors for its historical significance. It’s also a rare gun – Colt manufactured only 1,100 of these massive revolvers. Since it was intended for mounted troops who needed greater firepower than offered by their single-shot carbines, the military received a thousand of them. The rest 100 entered the civilian market.

Though the Colt Walker was far from perfect (nearly a third of military guns were returned for repair, and some of them blew up), this revolver managed to save Samuel Colt from bankruptcy, ensuing commercial failure of the Colt Paterson.

This particular gun was purchased by Neils Hanson, the Danish sea captain, when he visited New York in 1847, the year of the Walker introduction. Buried in a garden, it survived the Nazi occupation and was sold back to the States after WWII.

A higher pre-sale estimate was $1.3 million, but the gun and the original bill of sale from Samuel Colt himself were auctioned off at $1.84 million in 2020.

These flintlock pistols link the two already mentioned famous owners since Marquis de Lafayette gifted them to George Washington, who used them throughout the Revolutionary War. It’s believed that the American Cincinnatus had them at Valley Forge, Monmouth, and Yorktown, and later during the Whiskey Rebellion of 1791-1794.

After George Washington died, the pistols were passed to William Robinson, the son-in-law of Washington’s nephew William Augustine Washington. Later, they found their way to the possession of Andrew Jackson. After Jackson’s death, the pistols returned to the LaFayette family and got into the hands of Georges Washington de LaFayette.

All weapons comprising the garniture are the creations of Nicolas-Noël Boutet, the best European gunsmith of the time. In 1793, he founded his own arms factory, Manufacture d’armes de Versailles, which manufactured more than 600,000 weapons till 1818.

The presentation garniture, consisting of a rifled carbine, two pocket pistols, two rifled carriage pistols, and a glaive sword, all exquisitely crafted, gold-encrusted, and embellished with Greco-Roman symbolism, were gifted to a rising star of the French Revolution in 1797.

The firearms were never carried by the Emperor, but he did carry the sword. After Napoleon’s defeat at the Battle of Waterloo in 1815, a year later, the garniture went on display in London. In 2021, the set was sold for $2.87 million against a lower estimate of $1.5 million.

We’re now getting closer to the most expensive gun in the world. The Remington Model 1858 was a single-action, six-shot percussion revolver manufactured in several variants until 1873-1875. The gun we have here is the Remington New Model Army revolver released in 1863. It’s .44 caliber and has a large frame. The New Model Army variant of the Model 1858 was produced in the largest volume (approximately 132,000 guns) and is considered one of the most significant Civil War firearms.

The eventual U.S. president Ulysses Grant received the revolvers with serial numbers 1 and 2 in 1863 or early 1864 from two veterans engaged in cotton trading. The guns feature the scrollwork of the most influential American arms engraver Louis D. Nimschke and ivory grips carved with Grant’s portrait on one side and the flying eagle on the opposite side.

The revolvers remained hidden from the public until their unveiling at the Las Vegas Antique Arms Show in 2018. Four years later, they were sold for $5.17 million against a lower estimate of $1 million.

We bet you haven’t assumed that the most expensive gun would be one of the best revolvers of all time – the Colt Single Action Army. The model was revolutionary since it was the first reliable mass-produced revolver chambered for a metal cartridge. But this particular gun doesn’t feature exquisite engraving or any distinctive attributes. It’s the role it played in the history of the Old West that creates its eye-watering value.

By the age of 21, Henry McCarty, better known as Billy the Kid, killed nine people and partook in the Lincoln County War in New Mexico, and there was a $500 bounty placed for his capture. Sheriff Pat Garret captured the outlaw, but, unfortunately, the Kid made a jailbreak right before his date with a hangman. It took several months for Pat Garret to spot him and eventually kill him with his Colt Single Action Army.

The pre-sale estimate was $2 to $3 million, but this legendary gun was purchased at an astonishing $6.03.