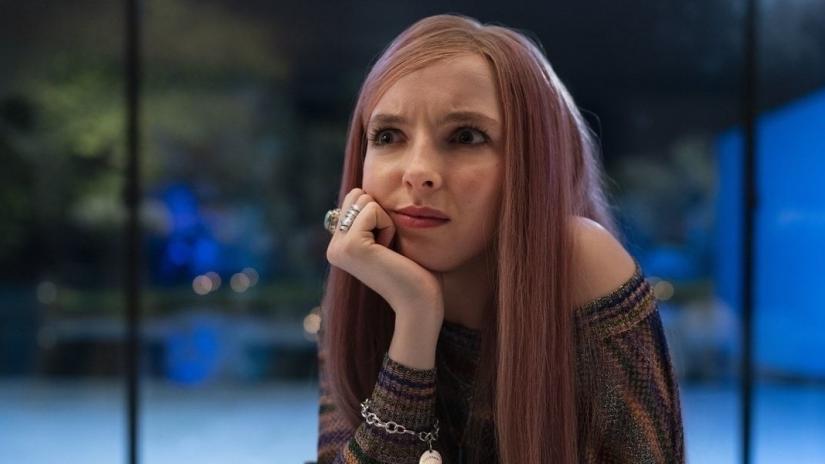 Killing Eve Season 2, Episode 6: “I Hope You Like Missionary!”

It’s no secret that Eve and Villanelle have much more in common than the former would like to admit. It’s been a central theme of the entire series, but it’s becoming much more obvious as the second season has progressed. Ever since Paris, Eve’s been forced to come to terms with the fact that her undeniable connection with Villanelle stems from the fact that, in so many ways, Eve is Villanelle.

“I Hope You Like Missionary!” draws an unmistakable comparison between the two women that, if anything, might be a little too on-the-nose (but it still works). Both of them are forced to watch the people they love (okay, maybe “love” is a bit of a stretch in Villanelle’s case, but you get the idea) with someone else, and both resort to childish vandalism as a means of revenge. The only difference is that Villanelle’s just better at these kinds of games than Eve, and so Eve gets caught immediately while she may be discovering Villanelle’s hidden prizes for weeks to come.

But perhaps the most striking comparison is between Eve and Billie, the persona Villanelle uses to befriend Aaron Peel’s sister, Amber. It’s no coincidence that Billie shares her story at her first Alcoholics Anonymous meeting in London, and it sounds almost exactly like Eve’s real-life story. Of course, it’s not the character history MI6 wrote for her, but Villanelle’s never been one to let facts get in the way of a good story.

What makes the character juxtaposition even more effective is that “Missionary” makes the bold choice of having the two women working together again this week, and this time there’s no subterfuge involved. Last week Eve ran the risk of pretending to hire her own killer, but this time she openly asks Konstantin and Villanelle to help with MI6’s plan to take down Aaron Peel. It’s incredibly risky from an in-universe perspective, but it gives us plenty of interaction between two actors with incredible chemistry and who are destined for at least one more big moment before season’s end.

For her part, Villanelle does the job about as well as can be expected. Yes, she goes off-script on more than one occasion, and bloodying Peel’s nose probably isn’t the best thing if they want her to maintain contact with him. But Peel’s a pompous ass who deserves so much more, and he’s lucky his nose is the only thing that’s broken. As for Amber’s monitor, she doesn’t deserve being thrown under a bus (literally), but it does open the door for Billie to get closer to Amber (and to Aaron as a result). Besides, an episode of Killing Eve without at least one dead body is kind of like a Gotham episode without an explosion—it’s fun, but it just doesn’t feel right.

So how much further will Eve go in her downward spiral? Her marriage is on the rocks, and her husband is living with another woman (they say it’s platonic for now, but it’s only a matter of time). The only thing she has left is her job, but she can’t really trust Carolyn, and she’s actively working with the one person she’s been obsessed with capturing for quite some time now. With only two episodes left this season, will she be able to maintain a professional relationship with her frenemy? Or are they so much alike at this point that another lethal confrontation is inevitable?