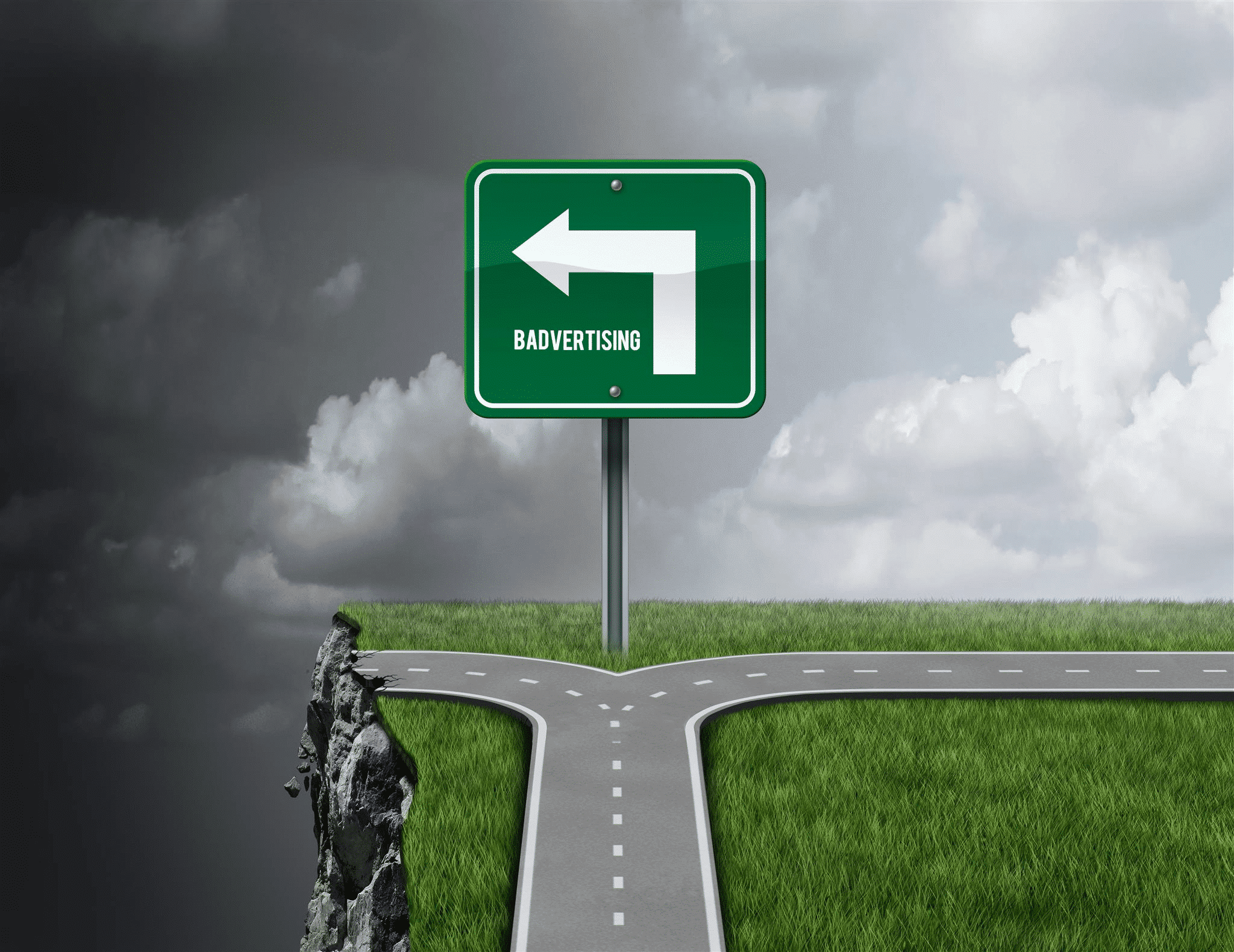 No, wait, hear us out.
When we keep claiming that neither developers nor brands know much about in-game ads, we’re not being overly dramatic; we’re not saying it for effect. We see it every day, in ALL our games, and we’ve decided it’s time to let you know.
And do something about it.

Big deal, you work with one too, right? They create your print ads, your TV spots, your digital ads – both static and video. So why are we making a fuss? Because our studio is aimed entirely at improving your in-game ads and making them as effective as possible. Because we care about the fact that you’re paying loads of money to place ads that are simply WRONG for the platform they’re being presented on. Because ‘badvertising’ harms your campaigns, and that sucks for everyone. You probably don’t even know about it, because, hey, how do you measure awareness, right? And heck, the DSP (Demand Source Platform) guys aren’t gonna tell you.

We have recently watched over 400 videos – yes 400!! – in-game video ads that are…just… effing awful. Most are expertly produced and edited, some shot in HD, and while they make fantastic YouTube, Facebook, or Amazon videos, they simply fail to perform in-game.

Let’s define in-game ads, for those in the audience wondering what we’re babbling about: We’re not talking about interstitial ads – those are the annoying between-level ads that cut your gameplay every couple of minutes and make you want to die for 30 seconds. We don’t deal with those. Everyone hates them and – all cards on the table – ad agencies are well aware of the fact. As serious gamers, we just couldn’t put other gamers through that.
In-game ads are native to the game’s environment, shown in the background so as not to distract from the action and never take the player out of the game. Like the ones on the billboards in the .gif below:

We’ve narrowed down the terribleness to 4 main points:

Length – Let’s start with the most obvious and problematic factor, which is length. To put the old argument to rest – yes, it matters. Greatly. Now, we know you put loads of money into those gorgeous full-length video ads, but when you send those to a DSP who throws them into a collective bucket of video ads, they’re going to be shown as is. In a game where, depending on genre and playing style, they’ll be on screen for a maximum of 5 seconds, those ads will be utterly useless. Was your video 15 or 30 seconds long? That means the player missed most of it. Does it have speech in it? In-game video ads are silent. Was the logo shown at the end? Well, then, no one in-game will ever see it. Congrats on flushing your money down the AdTech toilet!
Unlike social media feeds where users scroll at their own pace, mobile games are constantly moving – most of them, quite rapidly. Typical video ads are just too long, and by the time they’ve run across the screen, the player simply won’t have seen the whole ad. So, was the burger they got a glimpse of a McDonald’s ad? A Beyond Meat spot? Or was it actually an ad for a new antacid? They’ll never know, and that is entirely your loss.

The takeaway: In-game video ads should be short and to the point, with your logo visible at all times.

Developers and game studios, this is where you come in and make the whole in-game ad experience better for both advertisers and gamers. “With great power…”, and all that.

Quantity – The second rule of incorporating ads into a game is that they have to seamlessly mesh with the game’s native environment. Depending on the background or ‘dead space’ (where billboards are usually placed), too few ads can get lost in the action, and too many billboards can become a messy eyesore. We recently had one of our game studios incorporate one – ONE! – billboard into their open-world game. That means the odd player will run into a lone billboard during their game and be totally confused as to why it’s there. Our Creative Studio team kindly informed that game developer that if they were hoping to make money through monetization, they would need to add more billboards. Duh!

Location – Just like the number of billboards, location is critical. We want your ads to be clearly visible at any given point in the game, and advise game developers regarding best placement and size of the billboards in their games.

The bad example (we won’t post a pic because we don’t want to further embarrass the poor sods who made this rookie error – you know who you are!) was when we said 3 billboards is more than enough to feature on a landscape-orientation game, and the developer added 3 billboards directly behind one another. Which means 2 of them were entirely unseeable – and therefore a complete waste of everyone’s time. Our Creative Studio team picked up the phone and showed them the error of their ways.

Context – Remember the part about seamless integration? Well, part of that is reaching the right audience and it requires minimal thinking on the game developers’ part. First off, no matter who your audience is, please don’t advertise content that could be either disturbing or completely irrelevant. Porn or alcohol, for example, have no place in a kids’ game. As for you, ad agencies out there, if you’re hawking adult diapers, we would recommend you don’t place ads in a game that’s all the rage with the teenage crowd. It’s money well-wasted.
Keep this in mind: Just because it’s popular, doesn’t mean it’s for you. We’ll recommend something that’s more suitable for your brand or game.

Now admit it, brands, you didn’t think about ANY of that stuff when you decided to allocate your advertising dollars to in-game ads, did you?
And you devs thought installing an SDK and throwing any old video onto a billboard will make your game earn big money just cuz.
But the truth of the matter is, it’s not that simple. The process requires thought and know-how. Editing, sandboxing, and tweaking to get it just right. Living inside games and knowing what works and what doesn’t.

Which is why we’ve launched a Creative Studio.


***
Sayollo is an advertising platform that lets you place ads AND sell products directly inside mobile games without EVER taking the player out of the game. It’s the first-ever gaming commerce platform of its kind.