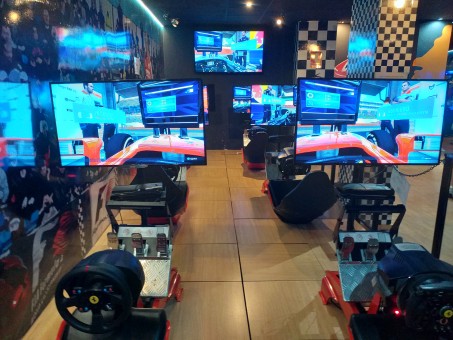 Recent research by Find Betting Sites showcases how eSports witnessed accelerated growth because of the pandemic. Throughout the pandemic, the industry gathered an increasing amount of online viewership for its online broadcasts of major events, as everything moved to virtual events instead of physical venues, which also spurred an increase in esports related gambling. According to research from Findbettingsites.co.uk, the esports market is set to grow by around a quarter (25%) each year of its size by 2025. This growth is immense, but what contributed to eSports’ growth and has it always been this dynamic?

The truth behind the esports industry is that it is still a relatively new and infant industry, but although it is a new market, it is definitely growing. The market is widely fragmented, with a lot of small operators and developers owning some part of the market; Activision Blizzard holds the biggest share, standing at around 22% of the market share. Although the top ten players in the esports space own about 70% of the market share, this list of major developers, and types of smaller, indie developers breaking through from time to time, is very volatile. If you look at other markets, like Social Media or Online Shopping, you will see that companies like Facebook or Amazon (in the US and Europe) are not only major players, but essentially have monopoly power over the market – so they own the vast majority of the market for themselves.

The Esports market has always been very dynamic, which is maybe also a result of the fact that video games and gaming trends are incredibly dynamic, fastly evolving and really are still in the ‘discovery phase’, other than the fact that esports itself is an infant industry. Video games have only become mainstream over the last few decades, and since esports is a product of video games, it only means that eSports itself are still subject to the changing reception people have of gaming, and the reputation of the video gaming industry as well. For example, not long ago did people still have the perception that video gaming is something along the lines of a child’s toy, and something that teenage boys use to just pass the time – so what must have investors and the public thought of an industry built on top of people watching other people play video games!?

Regardless, the esports industry is subject to immense growth. Year after year, major esports tournaments are breaking viewership and prize pool records, and whether or not Fortnite or Call of Duty will still be the most popular game in five years, eSports is simply the medium on which the video game industry enters the new age of entertainment, so it will grow regardless – it will grow as long as the video game industry grows.

Only this past summer, in the pandemic, did a major mainstream company start sponsoring a major esports tournament. When Honda started sponsoring the League Championship Series, it paved a way for the sustainable development for the esports industry. Up until that point, the industry was mainly growing based on an increased amount of interest from viewers, willing to, in games such as Dota, purchase seasonal passes, the proceeds of which were then contributed into the prize pool. But major sponsors coming into the scene allow for a larger financial depth to the esports industry. A major factor in how the esports industry’s 2019 revenue of $1.9 billion is expected to balloon to around $2.9 billion by 2025.