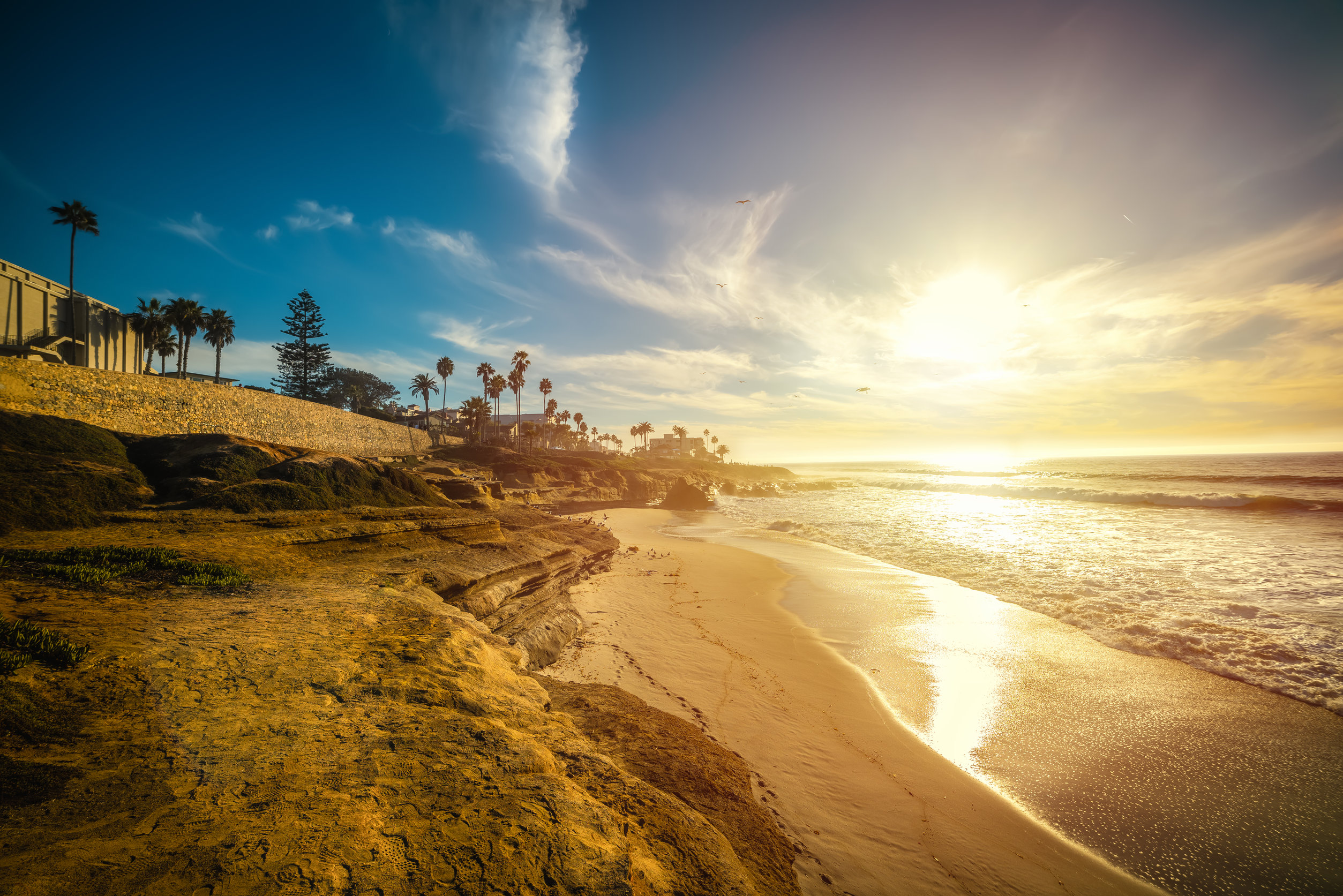 There is no doubt that California is experiencing a change in climate, one that has caused the temperature to rise steadily throughout the last century. Although sunshine has always been a welcome part of life in the Golden State, now the area is experiencing more heatwaves than ever. This has resulted in ferocious forest fires, faster snow melts and lower rainfall. In the future, without any action to minimize these issues, the situation will only get worse. In rural areas, ecosystems will begin to break down, while coastal erosion will increase and droughts will be commonplace.

Global warming affects people in every part of the world in different ways – in California, it creates an especially hot and dry atmosphere. The type of crops that are grown, as well as the local geography, also contribute to climate change having a particularly severe impact.

Snowpacks form each winter on the slopes of Sierra Nevada and these have always acted as a natural reservoir for California. As the warmer weather begins to take hold, the pack melts, draining into rivers like the Colorado, filling dams and replenishing the dry soil. Unfortunately, global warming is shrinking the snowpack at an alarming rate and the problem is two-fold. First, in a warmer climate, there is less yearly snowfall and second, more snow melts during winter. This decreases the supply of fresh water, but also threatens the health of high-altitude trees and plants. In terms of the economy, a smaller snowpack means a short ski season and less winter tourism for businesses in the area.

Access to safe drinking water is a basic human need, but supplies are being reduced. A major part of the problem is high temperatures. In hot conditions, water evaporates at a faster rate from the surface of lakes, rivers and reservoirs. Initiatives like the Cadiz Water Project are planning to address the issue by minimizing evaporation and storing water effectively. Their work could eventually supply 400,000 people a year, freeing up supplies for use elsewhere. Better water management is costly, but it can also help to tackle the problem of reduced water flow in major irrigation rivers, such as the Colorado River.

Agriculture relies on a steady supply of water

The vast majority of Californian crops are irrigated throughout the year. As periods of drought start to bite, the amount of water available to farmers is diminished, leaving them with a dilemma. Either they change the crops they grow, charge more for a lower yield or use less of their land.

Crops that need to be chilled over the course of a few months in order to thrive will also become scarcer in California. As the average temperature increases, growers of fruits such as grapes, which need a cooler atmosphere to flower, will have to move further north to survive. Even livestock farmers will feel the pinch, as their cows eat less as temperatures soar and therefore grow slowly. Naturally, as farmers adapt to maintain their livelihood, the costs involved will be passed on to consumers at the grocery store.

Maintaining a healthy lifestyle can be hard work, but having safe, breathable air is something that’s generally taken for granted in cooler parts of the country. In California, the Air Resources Board have been working hard to lower concentrations of ozone in the state for many years. This is essential because heat increases ground-level ozone which can eventually form part of a dangerous smog. For people with respiratory or cardiovascular problems, as well as the very old and the very young, hot smoggy days can present a real health risk. The subsequent surge in emergency room visits and hospitalizations can cost employers and the state millions of dollars.

How the economy is impacted by climate change

The extreme economic impact of climate change is a risk to the financial health of local businesses and individuals. From tree clearing after wildfires to rebuilding structures displaced by rising sea levels and managing the water supply, money is drained from local government departments that could be funding other projects. According to California’s Fourth Climate Change Assessment, the overall bill for dealing with climate change could reach ‘tens of billions of dollars’ by 2050, unless greenhouse gases are substantially reduced.

So, along with tackling the immediate results of climate change, the state is investing in clean energy resources. However, these aren’t cheap and the costs are passed on. California’s CO2 regulating programs mean gas prices will remain high, whilst the funding for clean energy initiatives continually pushes up energy bills. It’s clear that anyone who works or lives in the state, who pays taxes here or purchases insurance is already bearing the cost of climate change.