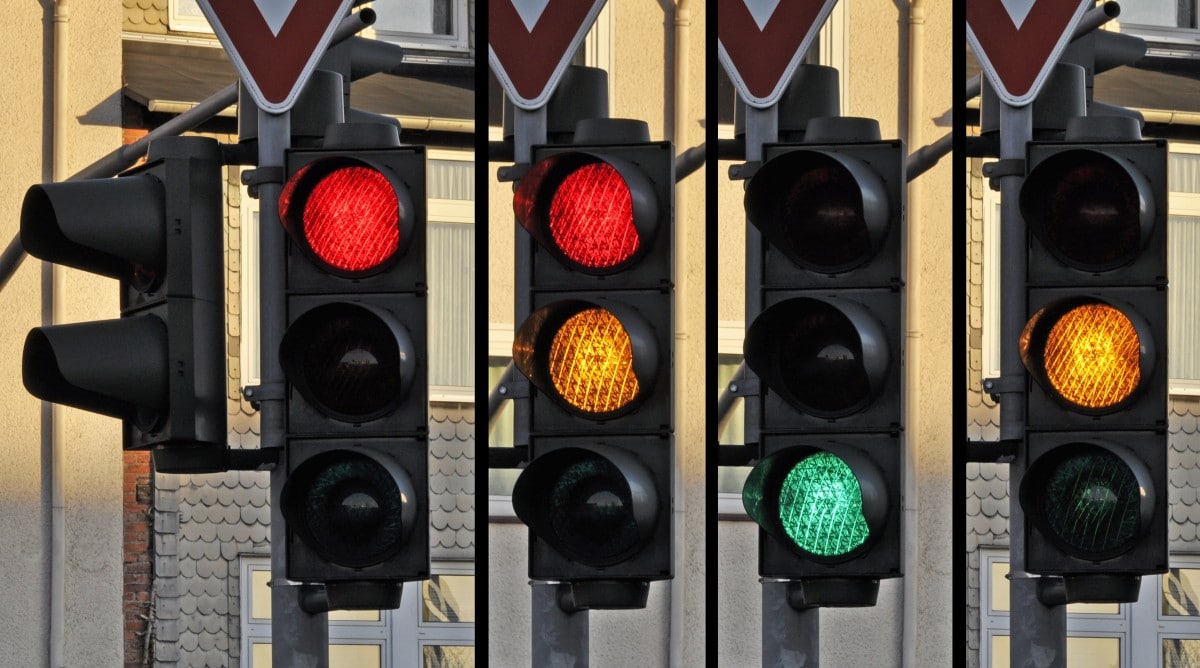 You’re running late—again. There’s a red light coming up, and you know it’s going to stop you, adding minutes to your trip. It seems as though you’ve hit every red light on your way through town, and you’re pretty sure you’re going to be extremely late to your meeting.

Can it hurt to run a red light…just this one time?

The truth is, even running a red light once can have devastating outcomes. Not considering the approaching traffic, as is required at a red light, greatly increases the chance of accidents. If you are caught running a red light and then get into a collision, you will likely have to be held legally responsible for the injury and property damage that your actions caused.

So what can be the implications of running a red light? Keep reading this article to find out.

If you run a red light, you usually buzz past the road at a higher speed than normal. Unfortunately, the same is true for drivers crossing the intersection, which has a green signal. In addition, red-light running accidents often involve a “t-bone” collision in which one vehicle hits the other facing a “T.”

These “angular” collisions often cause grave injuries and even fatalities. This is because the front and rear of many automobiles have substantial protection to take the impact of a collision. Unfortunately, there are no “crumple zones” on the sides of vehicles.

Just a few inches between the passenger and driver from the side-impact collision could result in the victims suffering terrible injuries.

In 2015, about 60 people per month died in the US due to crashes that involved running red lights. This implies over 800 people dying each year, which is roughly two fatal accidents involving a red light every day in America. In addition, more than 200,000 people are injured every year due to accidents involving red-light running.

Running a Red Light is Termed as “Aggressive Driving”

The driver’s aggressive driving is a reflection of their disregard for the safety of fellow passengers and others on the road. This puts the driver at an increased risk of being subjected to harsh sanctions, and possibly criminal punishments for being the source of the accident.

What Happens If You’re in an Accident After Running a Red Light?

Suppose you’re caught at an intersection with a red light. In that case, there is a significant chance of being legally accountable for a collision that occurs due to the act. It doesn’t matter if the signal had “just barely turned red” or if you tried to pass through the intersection with traffic moving at a rapid pace.

If you did not follow the law and were not considerate of the other drivers on the road, then you’re likely to be held at least partially responsible for causing any accidents.

Your insurer could be liable for paying for damage

Any person injured by your actions has the right to claim compensation at the cost of your car’s liability insurance. If another driver has personal accident protection insurance, that insurance policy will probably cover up to the first $10,000 of that driver’s medical bills and the time that they are away from work.

Your insurance company might be held accountable for the expenses up to the limit in the coverage.  Any expenses beyond that, you will have to pay out of your pocket.

You may lose your insurance

In some instances, if accidents have happened more than once in three years, your insurance provider may decide not to protect you any longer. Following a serious incident, your insurance premiums could rise substantially, even if you’re able to maintain your insurance.

It’s always better to be safe than sorry. There will be many meetings to attend and parties to enjoy, but only one life. Why waste it? You must also know how to fight a red light camera to avoid any hassles. The best way is to stay put for a couple more seconds till the light turns green.