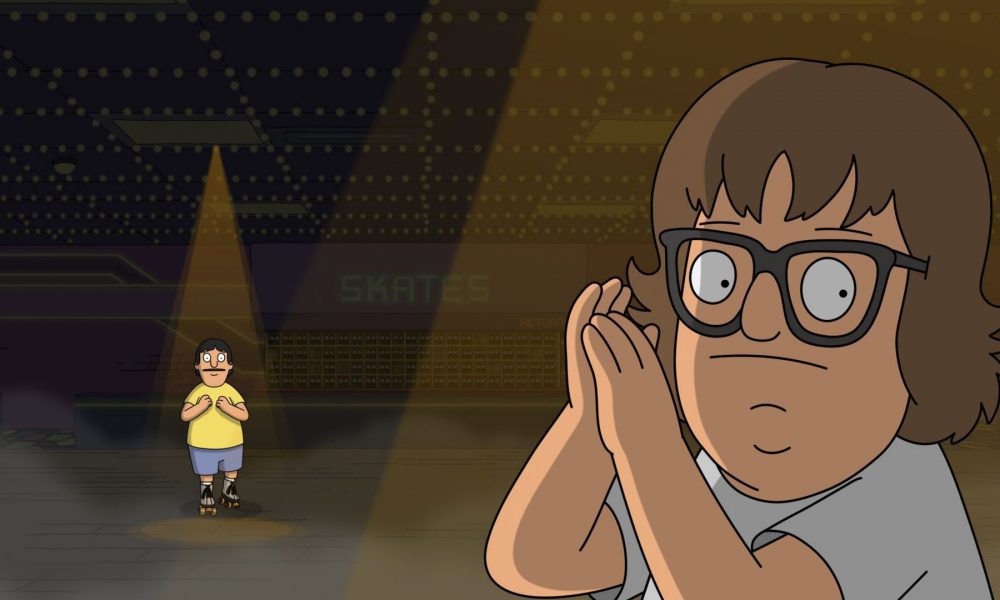 Someone mentioned to me the other day that, out of the three Belcher children, Gene’s the one that seems kind of unnecessary. And I get it—Louise is the entertaining criminal mastermind, and Tina’s become a symbol of hope for shy, awkward children (and adults) everywhere. So, like most middle children, it’s only natural that Gene would struggle to find his place in a family of such strong personalities.

Except that he really doesn’t seem to struggle at all. Despite the fact that he’s pudgy, nerdy, and uncoordinated, Gene seems perfectly happy with himself and his life. In that regard, he reminds me a lot of another character who was featured on a successful Fox animated series for several years and who always seemed to maintain a healthy self-image in spite of societal expectations. I think we’d all be happier people if we followed the examples of Gene Belcher and Bobby Hill.

So, as much as I love watching the other Belchers, it’s nice to see Gene get the spotlight for a change. And, despite everything I said earlier, Gene does have his moments of insecurity, as we see him struggle with the apparent loss of a friend this week. Alex and Gene are perfect for each other, but the attention of a pretty girl has broken up many a friendship over the years. Alex just can’t help himself when he gets the chance to spend time with Courtney, and so RoboWizard Quest will just have to wait.

But how far will Gene go to keep things the way they are? Pretty far, actually—one more sip of the sesame-laced soda, and Alex craps his pants, and everything goes back to normal. Except for the fact that it could never be “normal” after that, because Gene knows that would be a terrible thing to do to a friend. So, rather than hurting his buddy, Gene supports Alex and Courtney, and the two friends actually gain a third.

Meanwhile, Bob and Linda have a mysterious stalker at the restaurant! Only it’s not a stalker, and she’s not really mysterious. Brenda is agoraphobic, and her doctor just wants her to go into one public place to conquer her fears. And Bob’s place is perfect since it’s usually kind of empty. Despite the fact that Teddy and Linda just can’t keep it together long enough to let to let the poor lady adjust, they just want to help, and their enthusiasm actually seems to do some good.